It was another fantastic morning in central Indiana early Wednesday as area low temperatures reached the lower 50s, for some the second straight morning. The coolest numbers we found were 52-degrees at Crawfordsville and Lafayette while Indianapolis dipped to an early September-like low of 59°. It certainly is rare for July, in fact Wednesday’s low is among the coolest 13% on record for July 24. This is only the 20th time in 148 years that a July 24 dipped below 60-degrees. 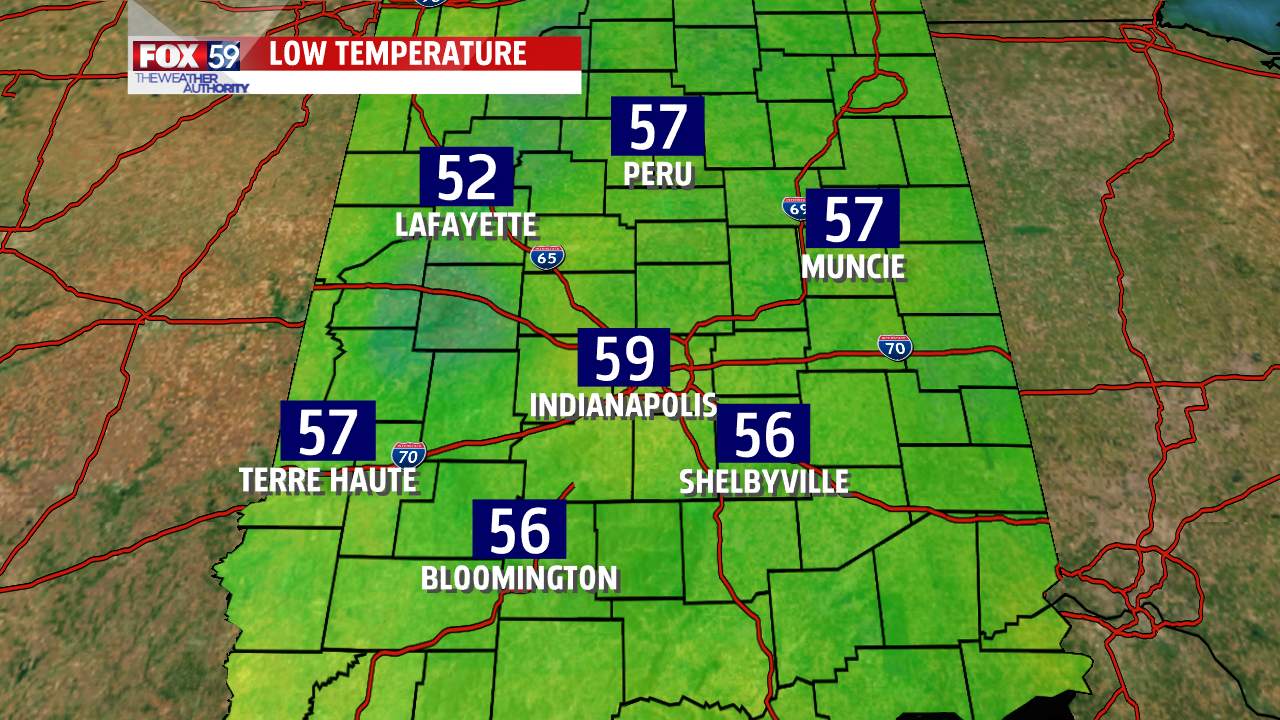 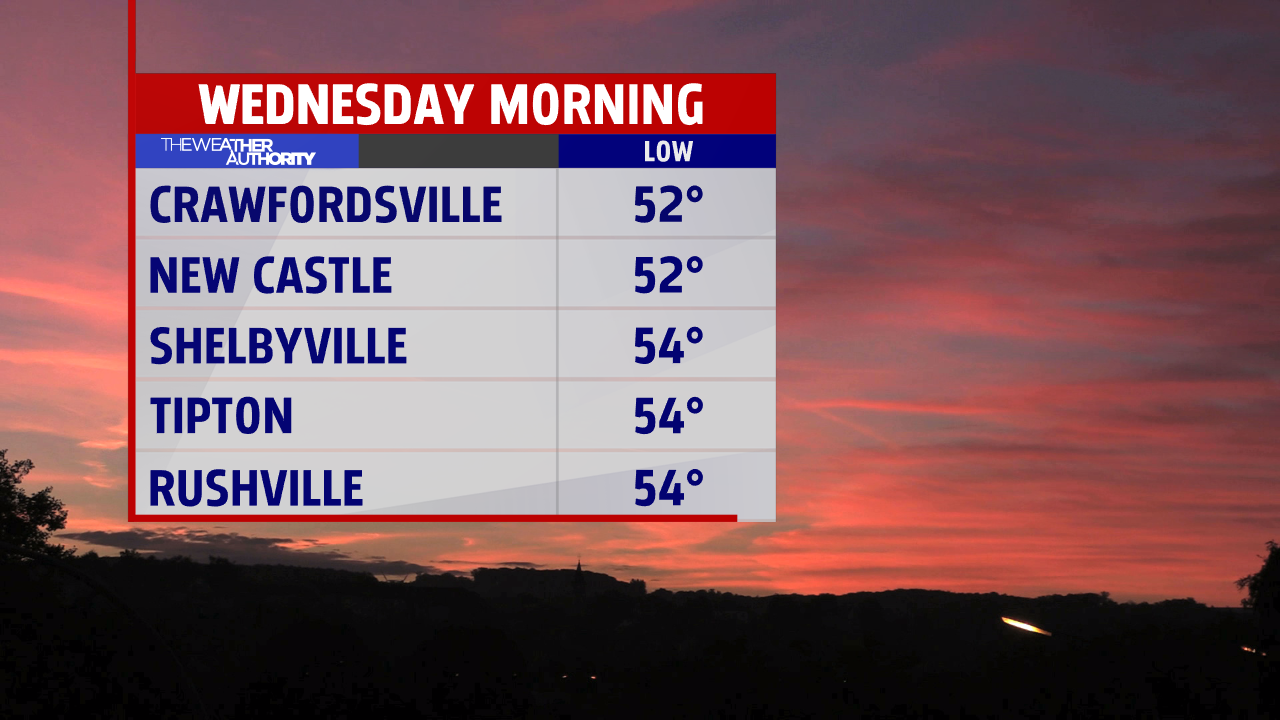 NO HEAT NO HUMIDITY FOR MUCH OF THE U.S.

What an unusual pattern for July when temperatures are much hotter in Montana and well into central Canada while the deep south and even northern Florida is mild.

We are in a stretch of the calendar that has produced some of the hottest temperatures ever recorded for the city. The last week and days of July are often referred to as the Dog Days of Summer. The record high of 106° was set during this week of July in the 1930s. 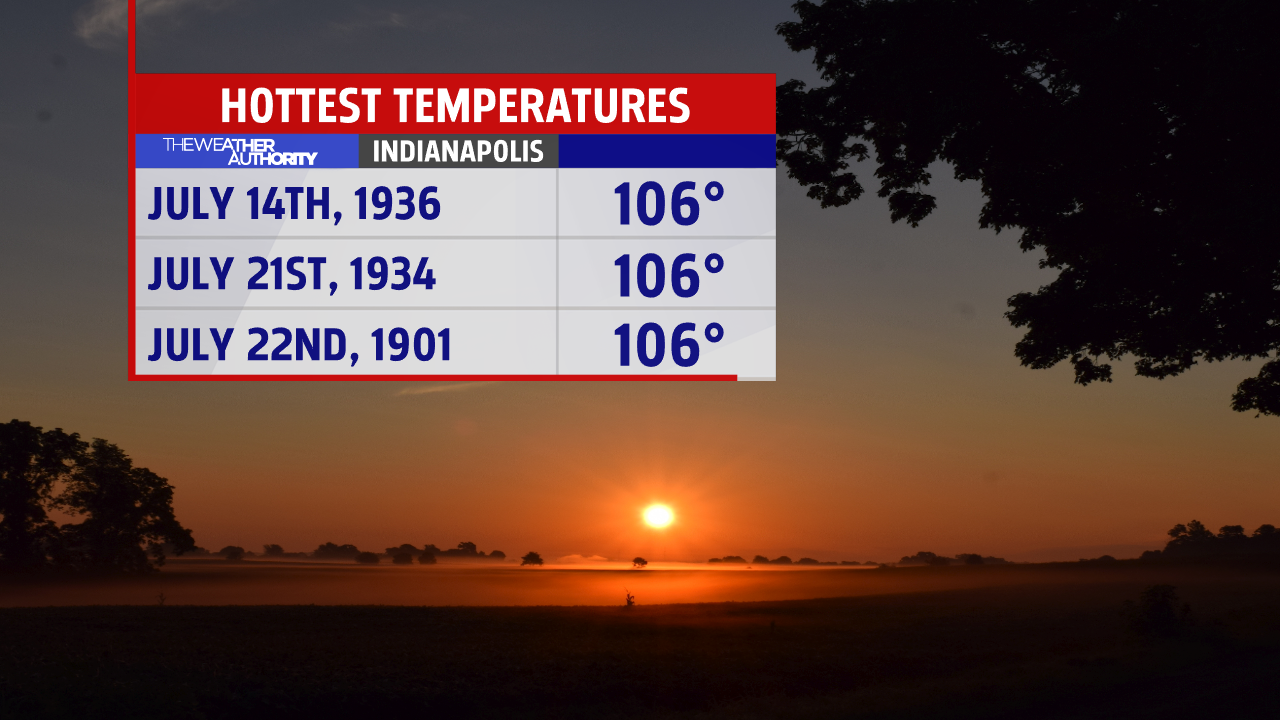 What’s behind the mild pattern? The blazing, hot dome has retreated west and buckles the jet stream north into Canada dislodging the mild air for much of the eastern two-thirds of the nation. 50-degree low temperatures were found as far south as northern Georgia early this morning while highs reached nearly 100° in Montana. 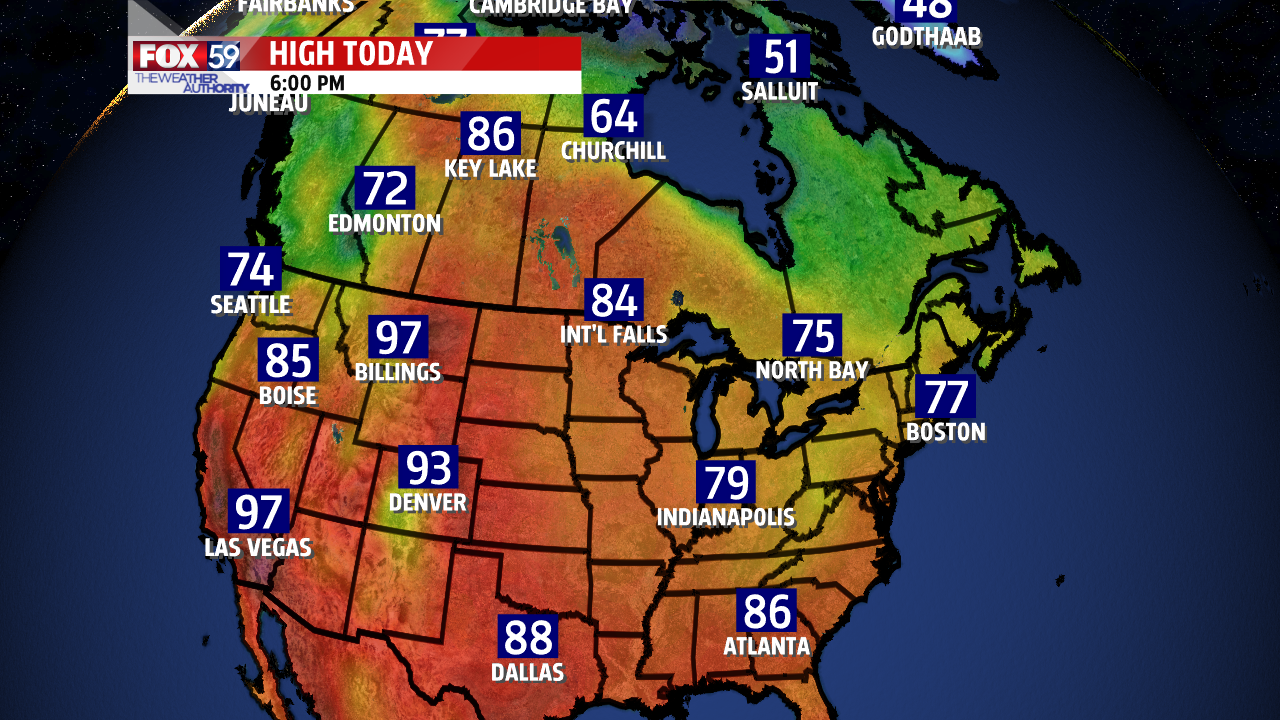 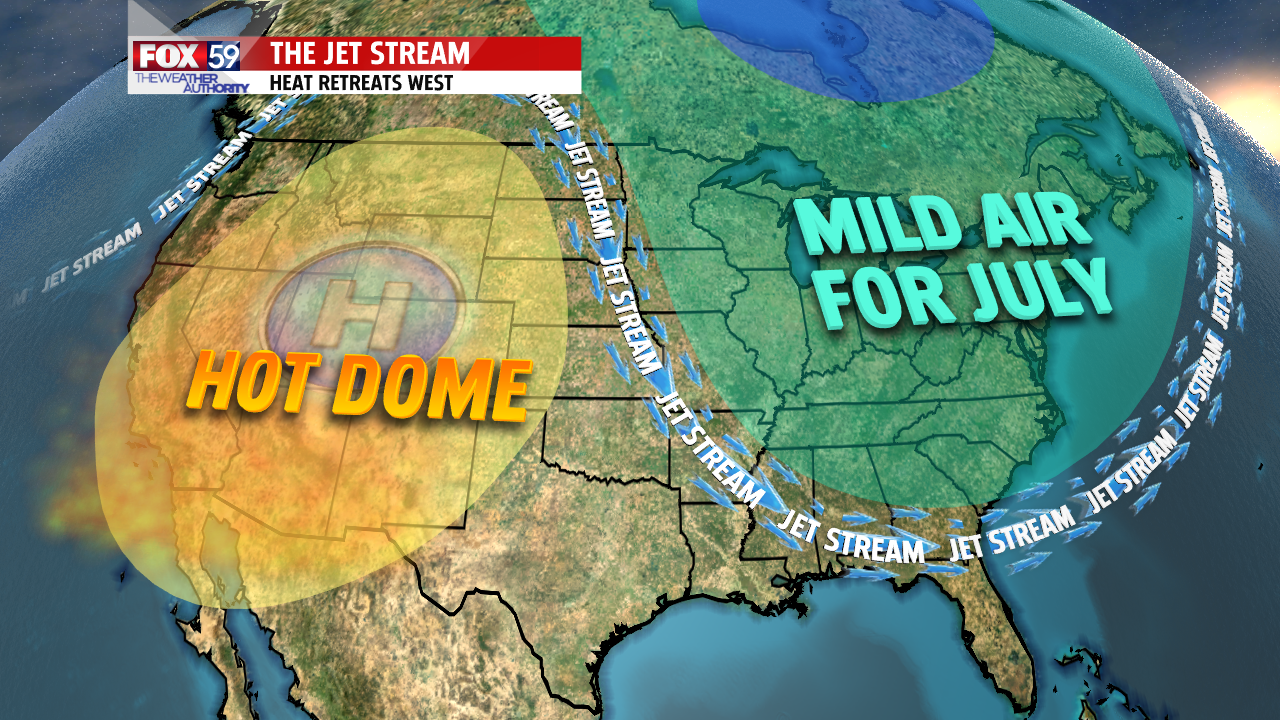 Enjoy it while we got it because you know it will not last. The jet stream is forecast to flatten and allow the heat to spread east starting Thursday and warmer temperatures are expected right through the weekend.

At this time the rain threat remains out of the forecast for several more days. As the heat and humidity return, the rain chances are on hold until perhaps next Tuesday. 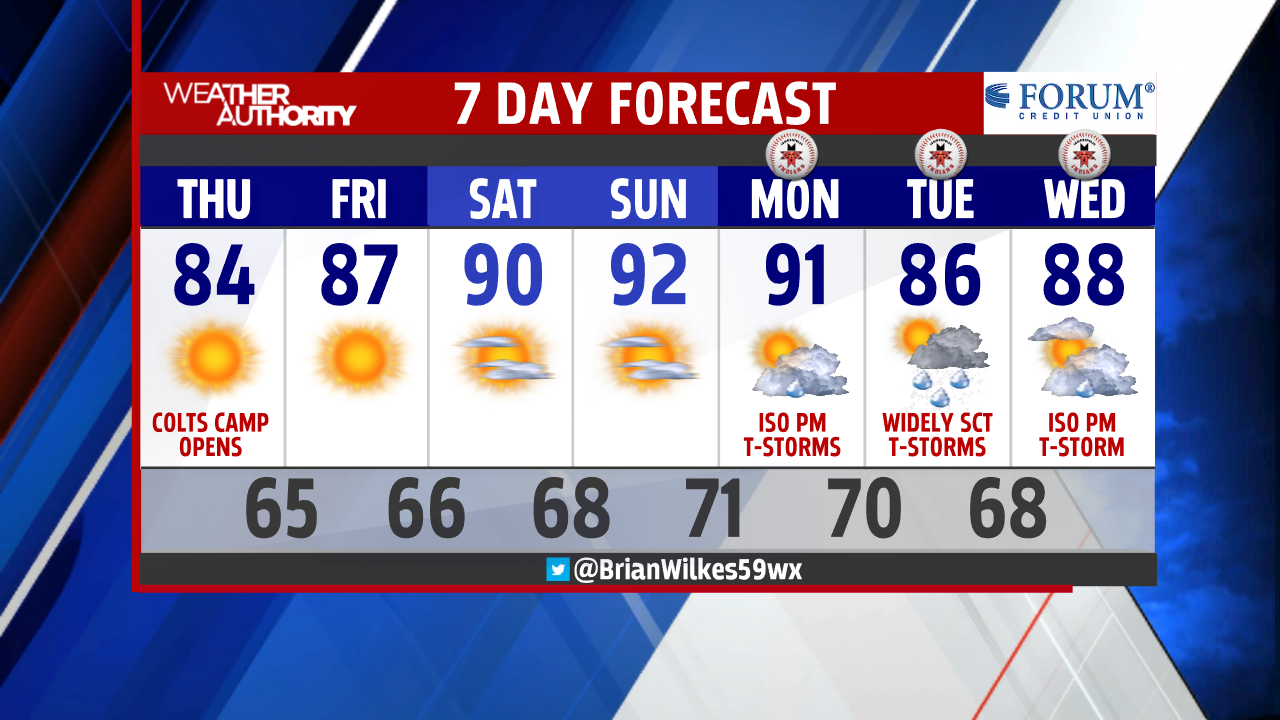 Expect the same on Thursday before a stronger "cold" front drops in on Friday. This will give the state our best chance of rain and storms coverage-wise. Some stronger storms will be in the mix before tapering off Friday night and into Saturday morning.

Push for arrest after car drives through protesters in Mishawaka

Old church destroyed by fire on Indy’s near west side

US may ban TikTok and other Chinese social media, Pompeo says