The coldest of the season and coldest since early March but digging deeper, this is unusually cold air so early in November.

Low temperatures fell into the teens Friday morning, coldest Crawfordsville at 13-degrees with 17-degrees in Indianapolis.  Not a record, but it is only the 5th time that a November 8th opened in the teens – most recently 1991 (28 years ago) when the record for the date was set at 13°. 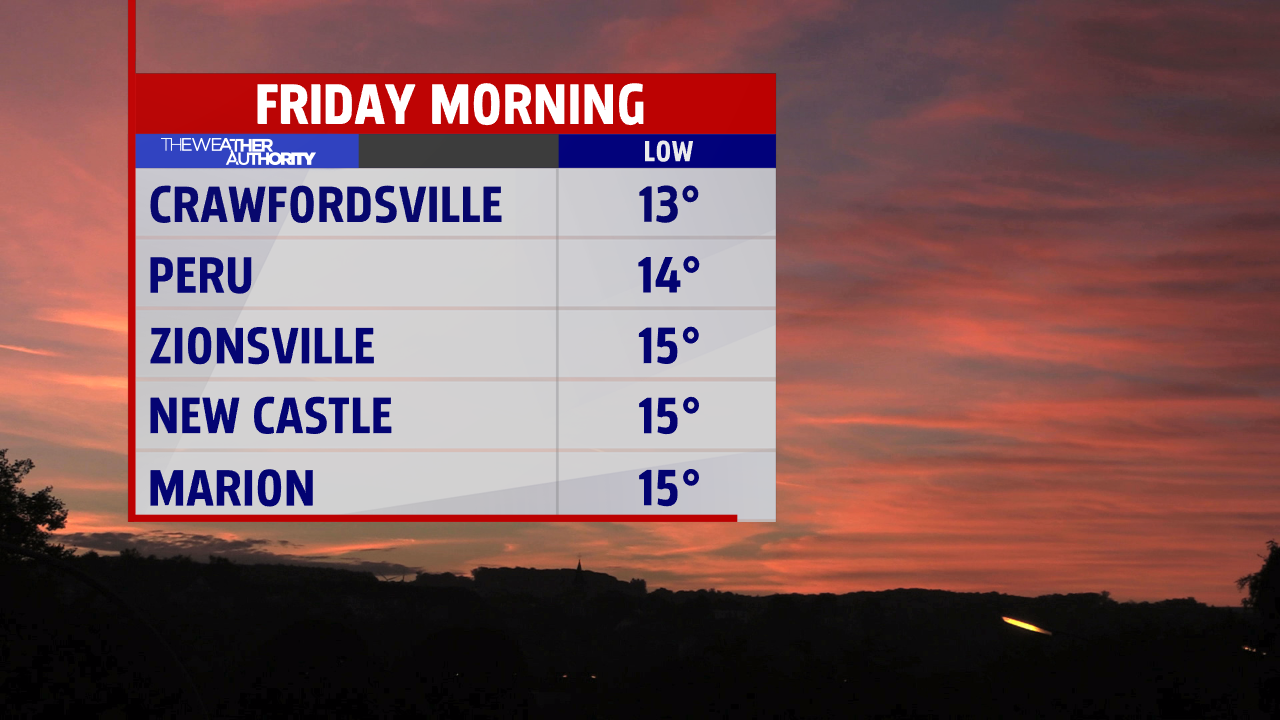 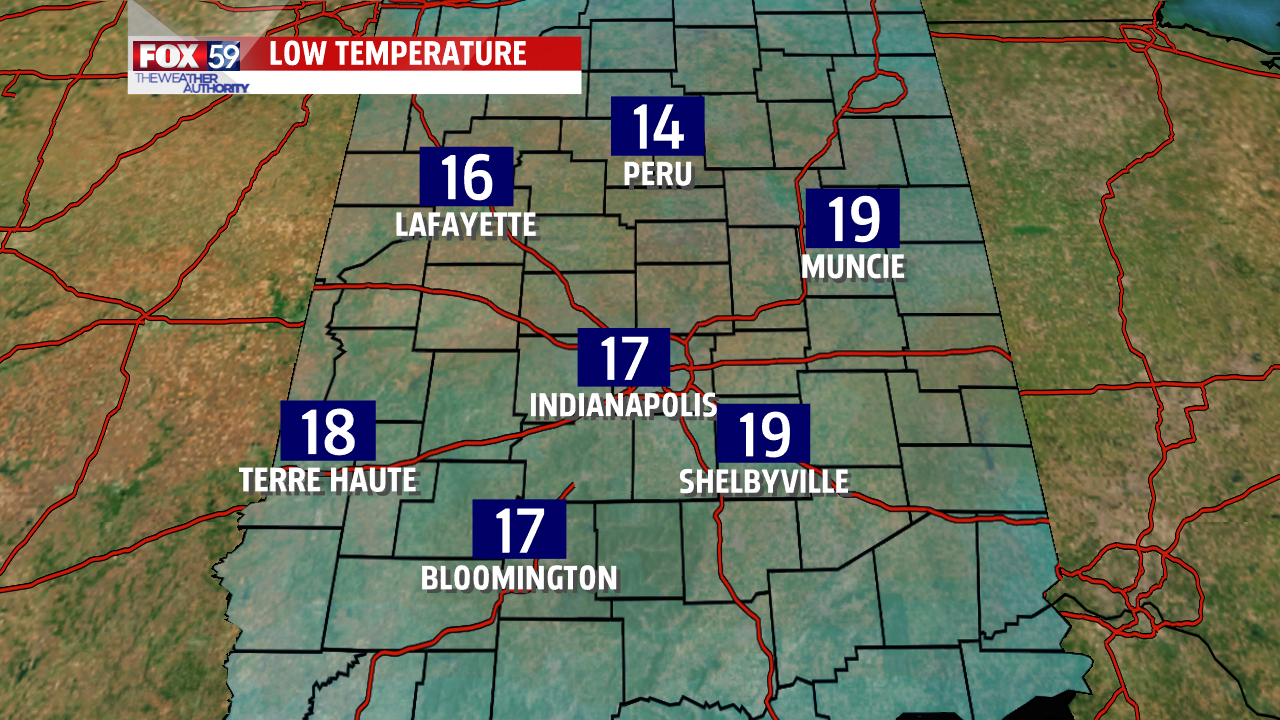 We haven’t had an afternoon this cold, this early in a season since, 1995!  The high Friday only reached 34-degrees, 22° below normal and one degree shy of the all-time cool/maximum temperature set in 1951 and 1896.

The winds are light Friday evening and under fair to clear skies overnight lows will dip to the upper teens Saturday morning.  The mid and high level clouds overhead signal a change coming.  A warm front is headed our way and it will pass bringing a rebound (briefly) from the cold.  Sunny and breezy Saturday with temperatures bumping up to the middle 40s by late afternoon is still no bargain .  The normal high is 56° 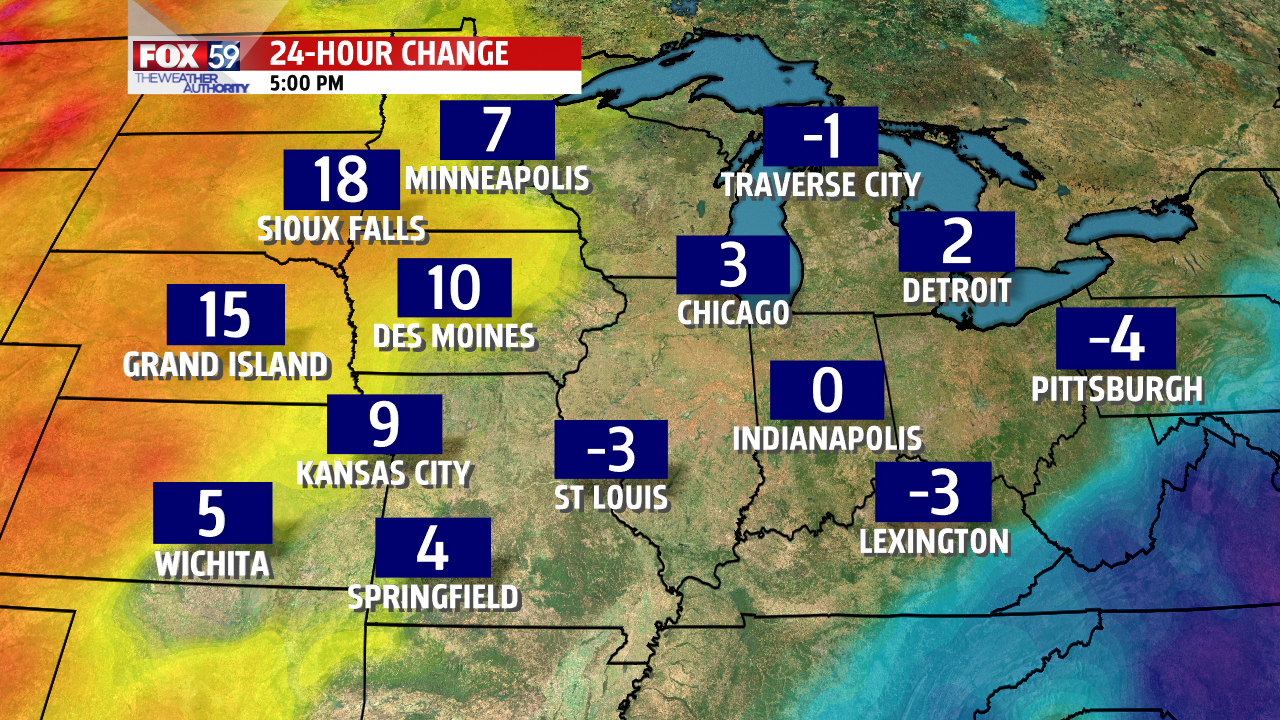 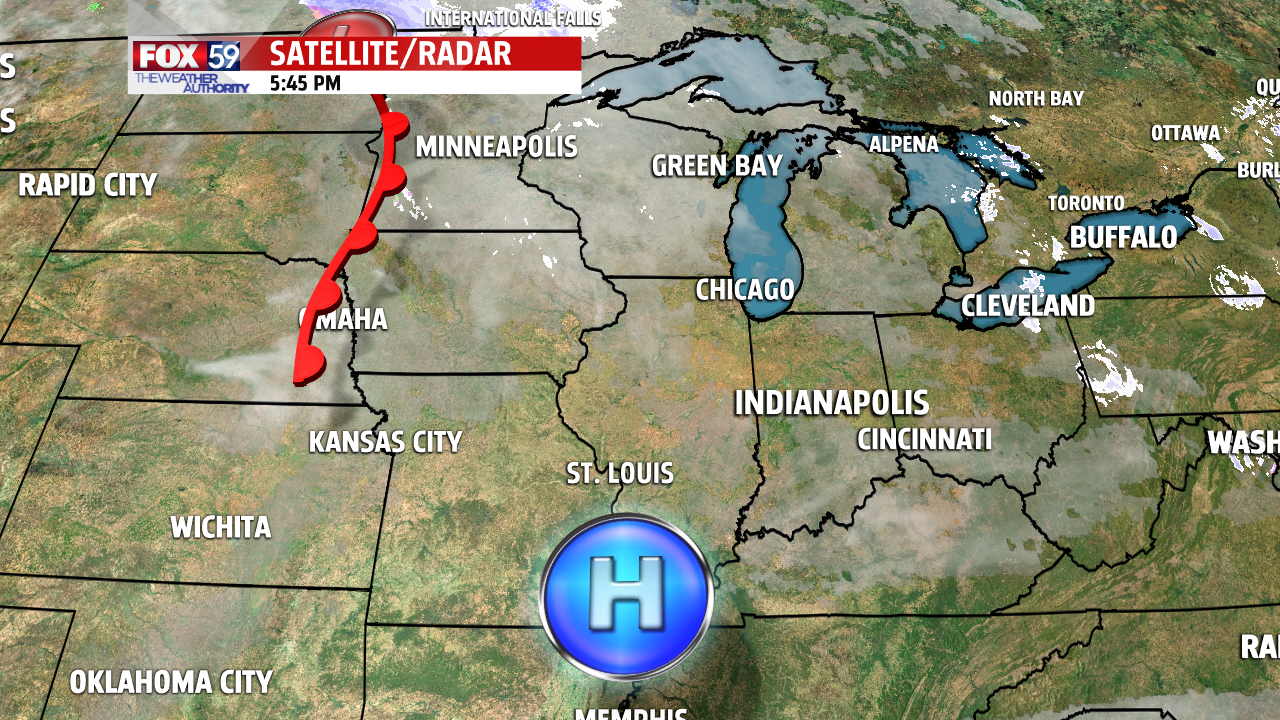 SECOND SURGE OF ARCTIC AIR ON THE WAY

A wind shift Sunday will bring an end to the warm up but there is a second front that will pass early Monday bringing a bigger and bolder batch of cold early next week.

We are tapping the arctic again and this batch brings snow initially.  We are monitoring the potential for a sticking snow Monday, a solution offered up by some long range machine forecast for the past three days.  While not the consensus, the evidence is growing that some accumulation is possible as the new surge of arctic air spills in.  Where there is smoke there is fire and while amounts are not big, perhaps an inch or so, it would be the first accumulation of the season.  Stay tuned through the weekend as the focus may be on the Monday evening commute. 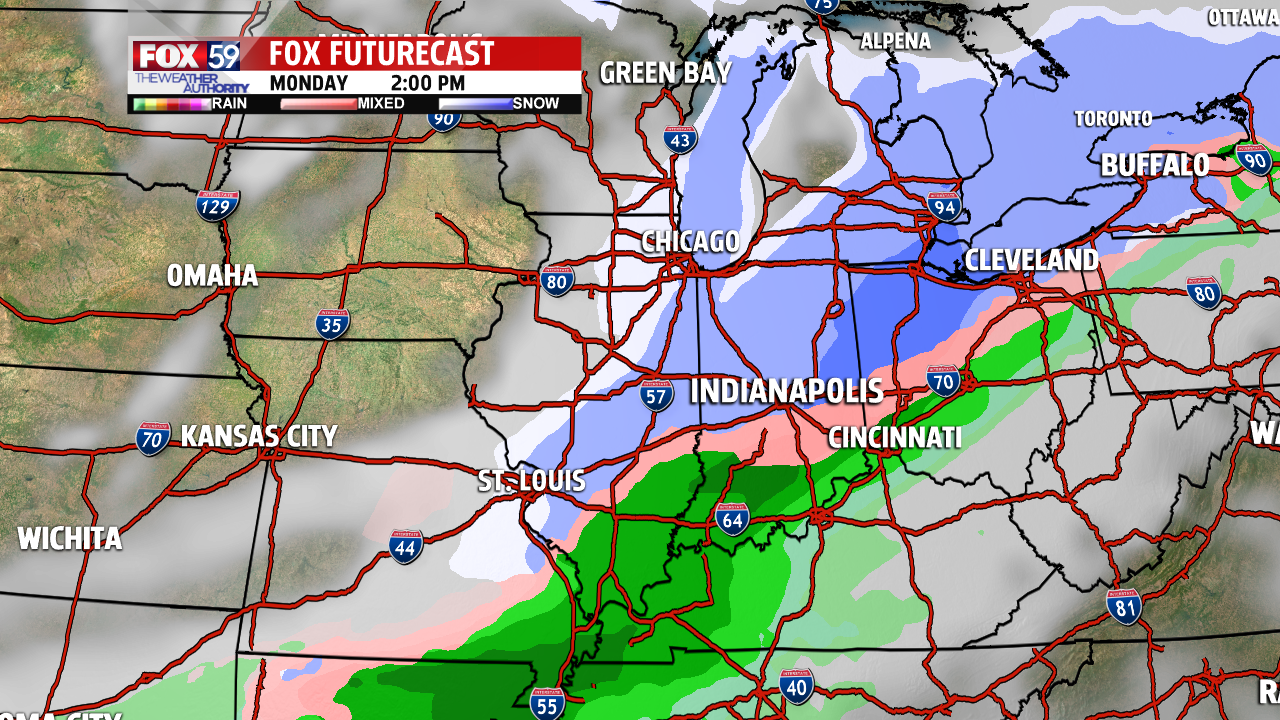 We are watching the potential of several robust snow showers Tuesday afternoon with temperatures over 25-degree below normal!

The cold will tighten its grip sending thermometers to near record levels Tuesday and Wednesday morning. 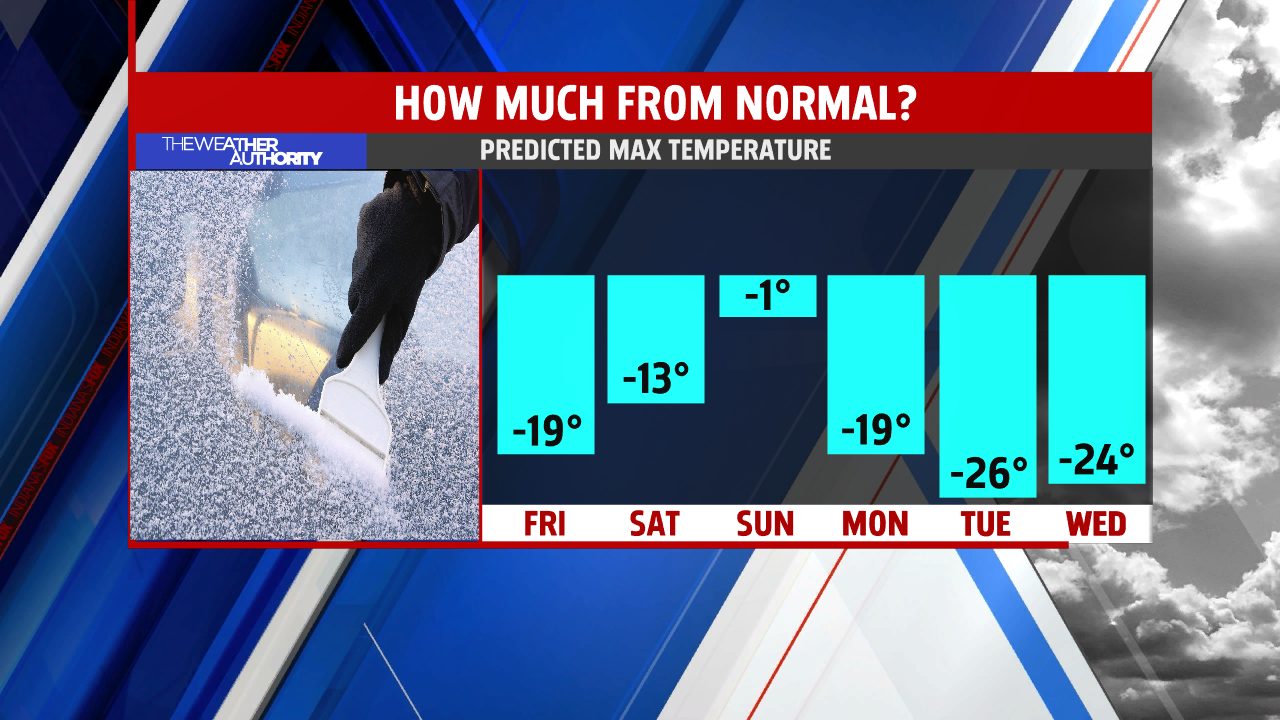 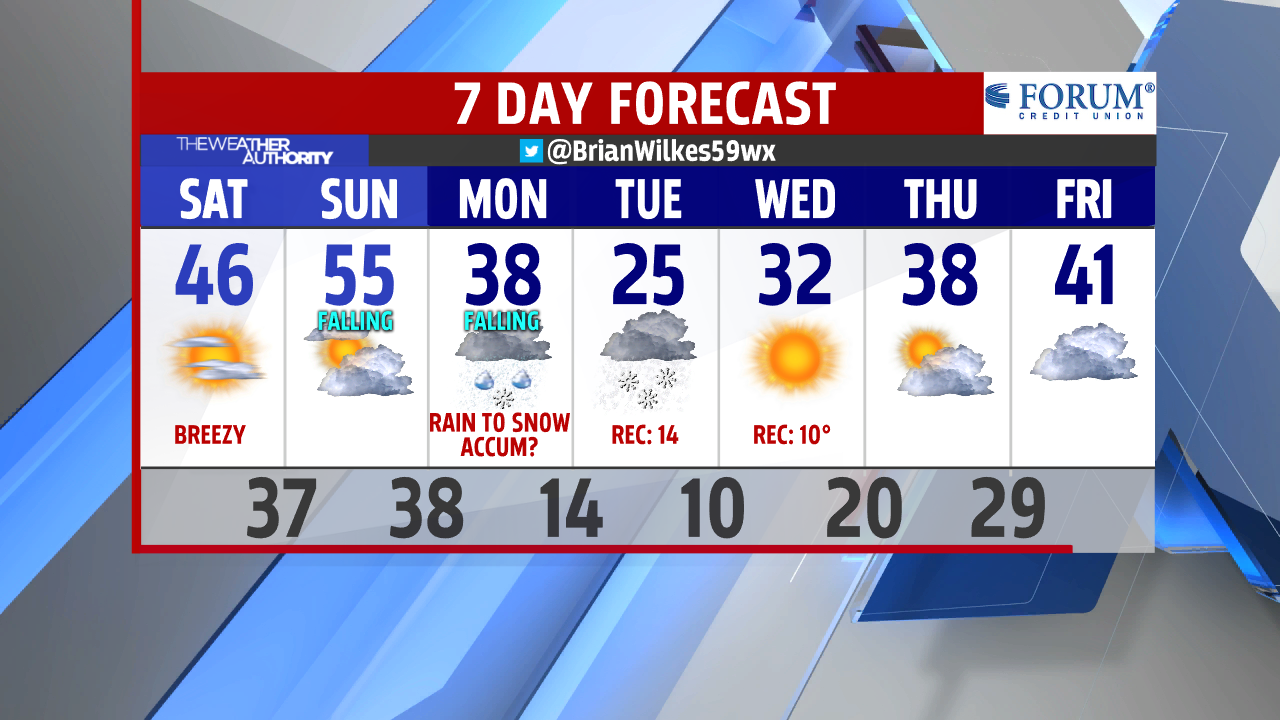 Expect the same on Thursday before a stronger "cold" front drops in on Friday. This will give the state our best chance of rain and storms coverage-wise. Some stronger storms will be in the mix before tapering off Friday night and into Saturday morning.

Push for arrest after car drives through protesters in Mishawaka

Old church destroyed by fire on Indy’s near west side