Watch for slick spots on roads this morning, especially south of Indianapolis! On Thursday, a wintry mix/ light snow traveled over the state and dropped minor snow accumulations in our southern counties. With temperatures below freezing, moisture on untreated surfaces may refreeze during the morning commute. Indianapolis reported 0.4” of snow for February 28. We are now up to 17.1” of snow for the season, which is six inches below average to date. 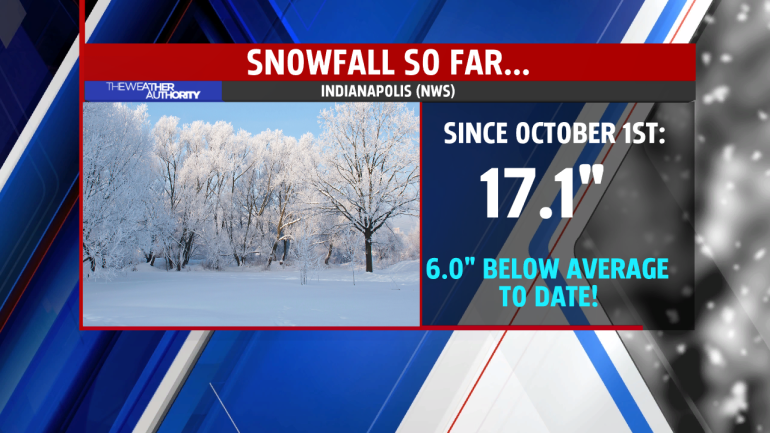 High pressure over the Great Lakes will provide central Indiana with dry weather. Skies are going be partly sunny today as highs reach the lower 40s. Quiet conditions will persist overnight under a mostly cloudy sky. Lows will drop back into the mid-20s. 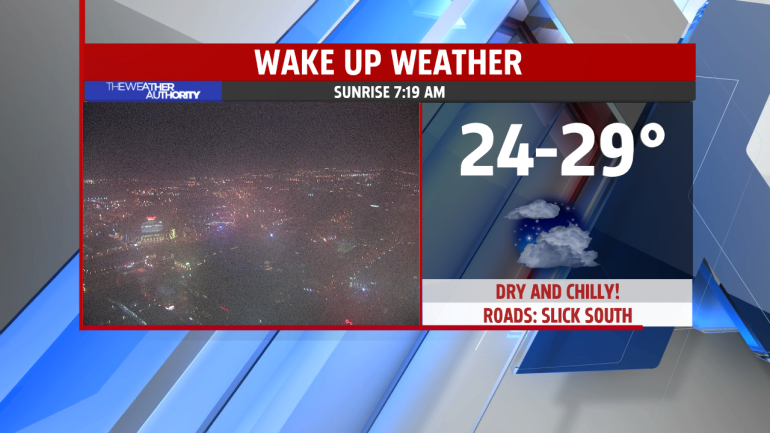 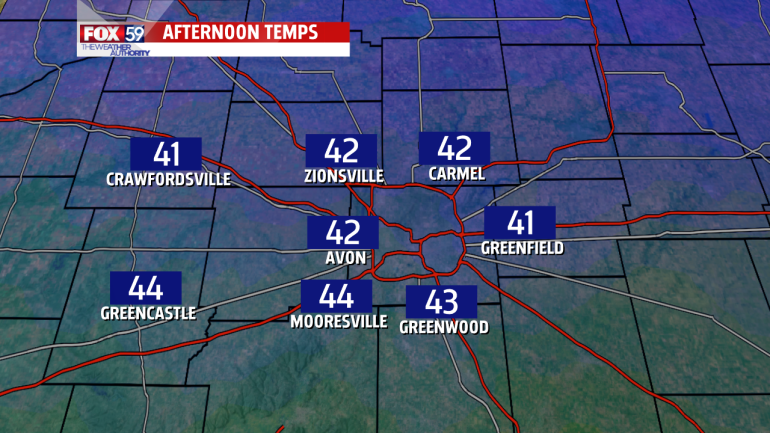 The start of the weekend looks dry, but a storm system on Sunday will bring snowfall to the area. The storm has prompted the National Weather Service to issue Winter Storm Watches through Kansas, Missouri and into Illinois. It is now taking a more southerly track, which will result in lighter snow totals for the northern part of the state. Right now, around two inches (or less) of snow will be possible around Indianapolis. The highest amounts will likely fall near the Louisville and Evansville areas. We will continue to watch the latest trends and path of this system. If it shifts to a northerly track, it could result in higher totals closer to Indianapolis. Stay tuned for more updates. 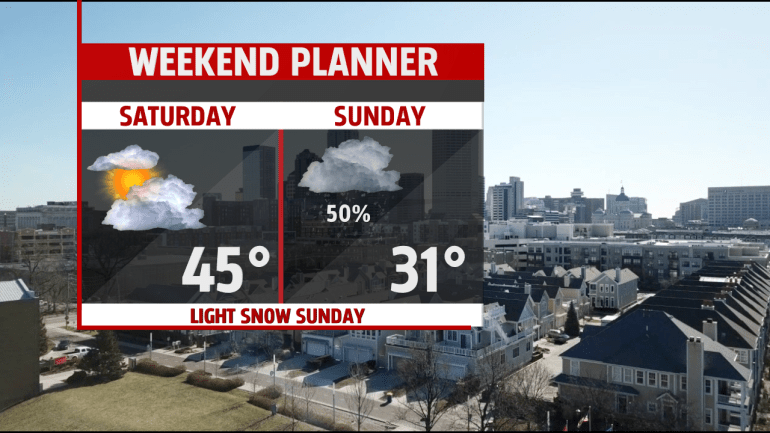 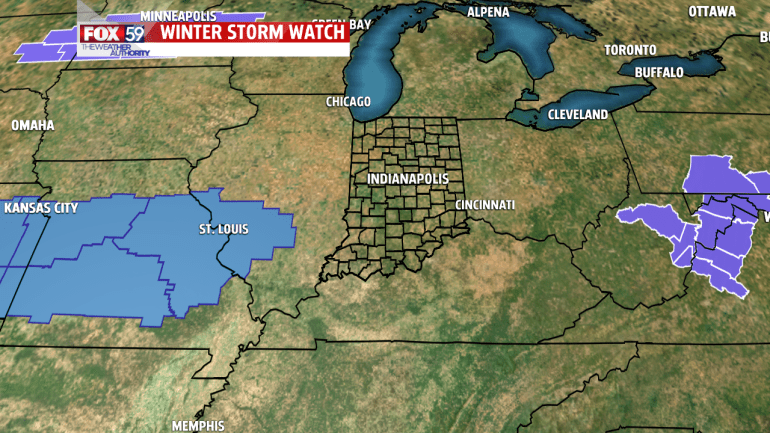 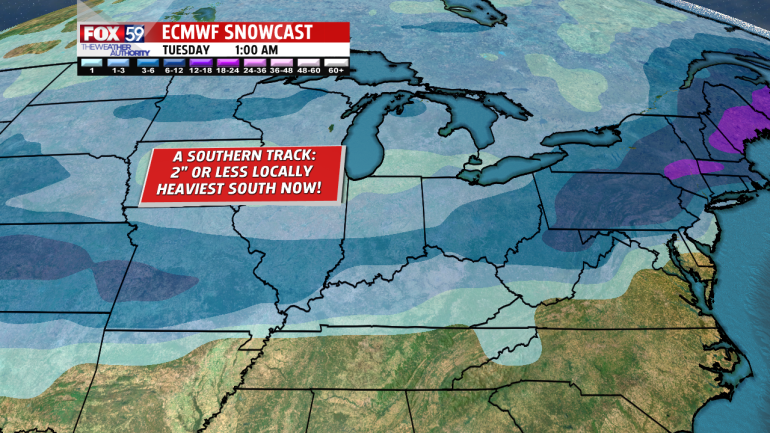 Behind the system, temperatures will take a plunge! Much colder air is going to settle into the area early in the work week as highs struggle to rise into the teens. Bundle up in the mornings because lows on Monday and Tuesday will fall near zero! Temperatures will begin to recover at the end of next week. 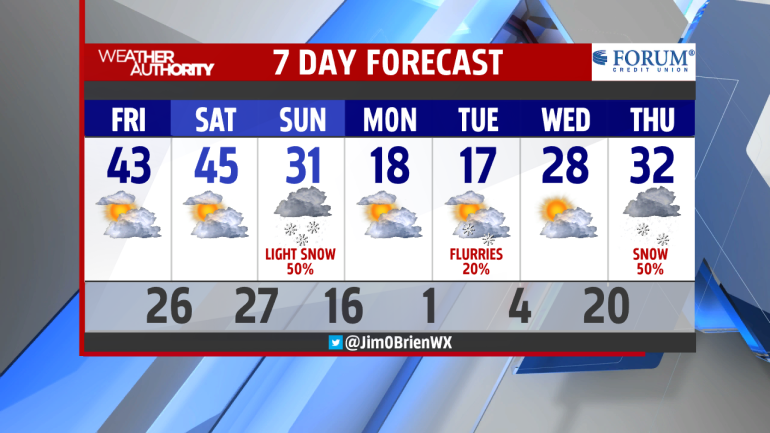 ‘It did not happen’: Family, attorneys say Dreasjon Reed didn’t shoot at police before deadly encounter