We are waking up to mild weather this Friday morning. Light fog has formed overnight, but it’s not as thick as it was Thursday morning when the visibility dropped below a quarter of a mile! Patchy fog is still possible during the morning commute with partly cloudy skies over Indianapolis. 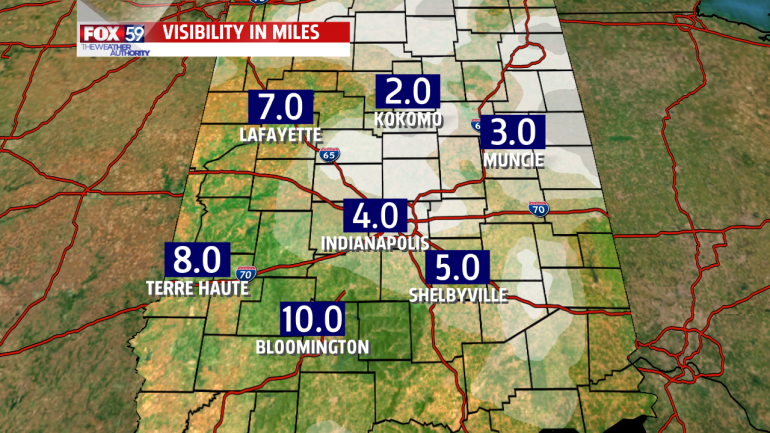 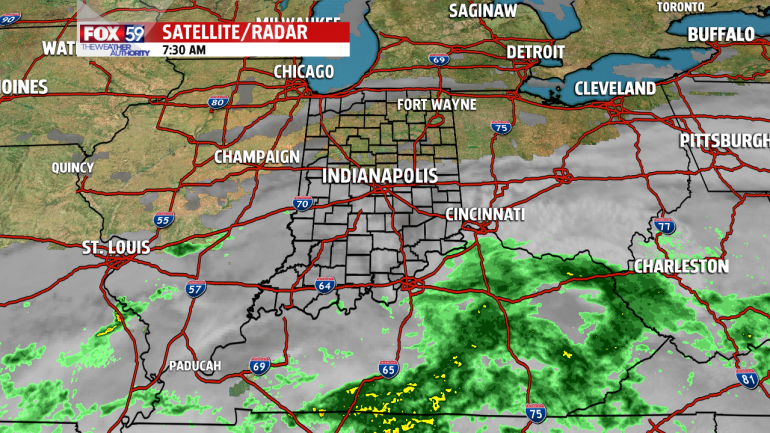 There are more clouds over southern Indiana due to a frontal boundary near the Ohio River. With a front nearby, isolated showers and storms may still fire up today with most of the activity developing south of I-70. Highs will be seasonal today with highs in the lower 80s. 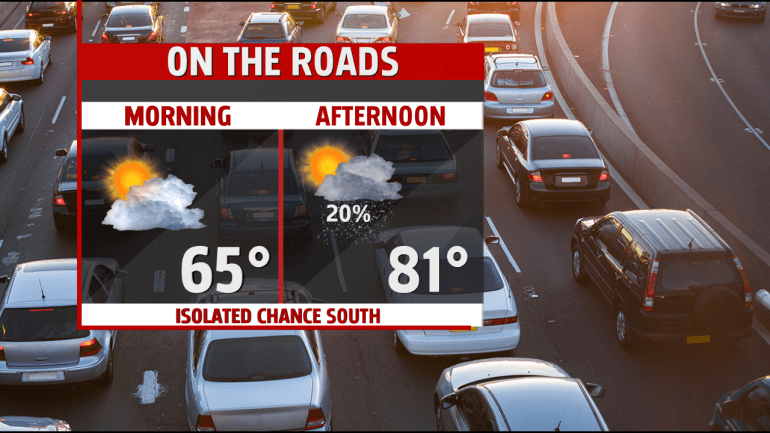 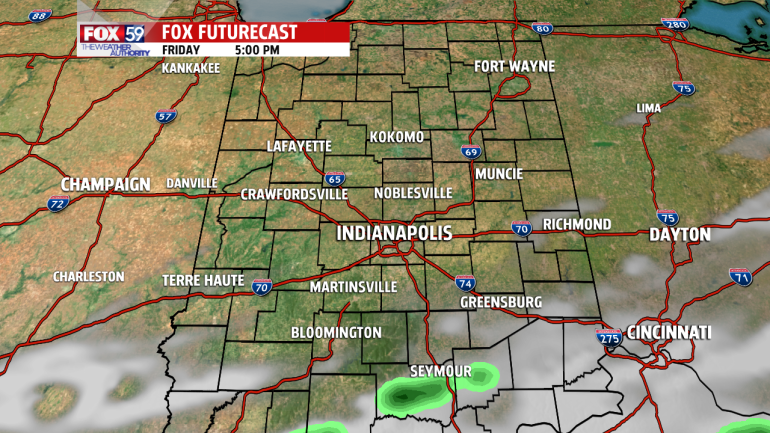 The system will shift north tonight, meaning showers will approach from the south early Saturday morning. The rain and few embedded thunderstorms are going to become more scattered over central Indiana midday Saturday. There will likely be breaks from the rain at times during the first half of the weekend. However, the coverage will increase on Sunday and skies will turn mainly cloudy. 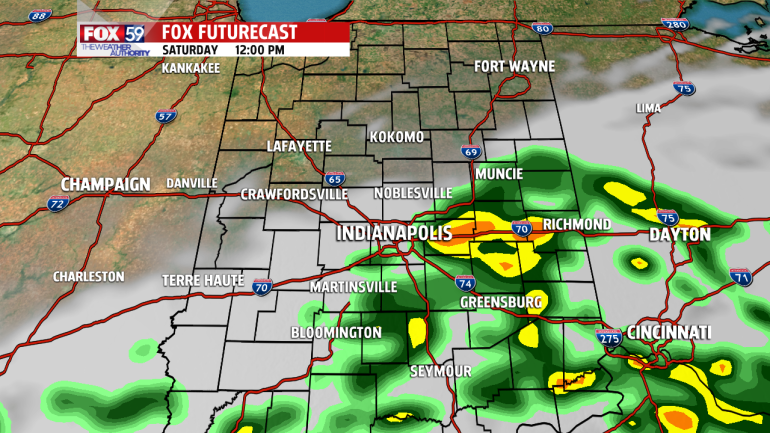 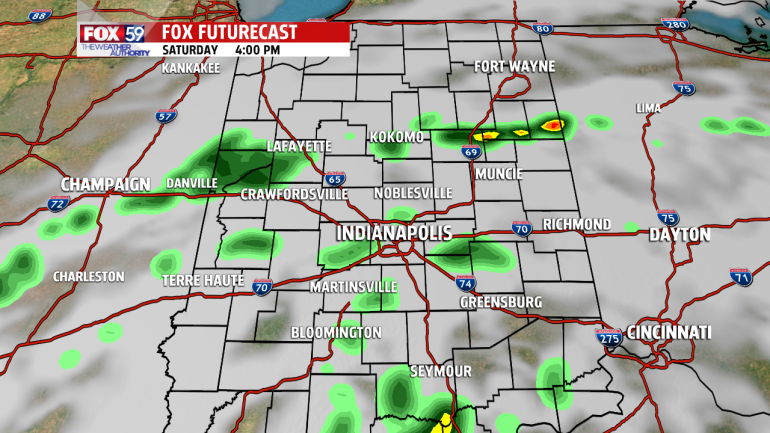 Cooler temperatures arrive early next work week once a cold front passes over the state early Monday morning. Showers will exit with the boundary and temperatures will turn more comfortable. Highs in the mid-70s are expected several days next week. 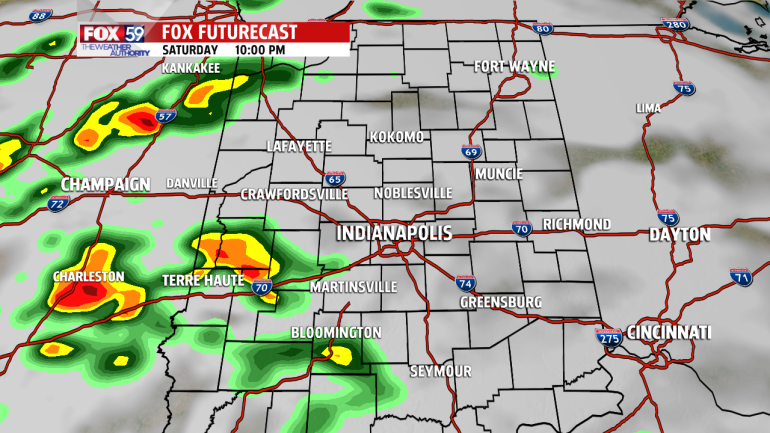 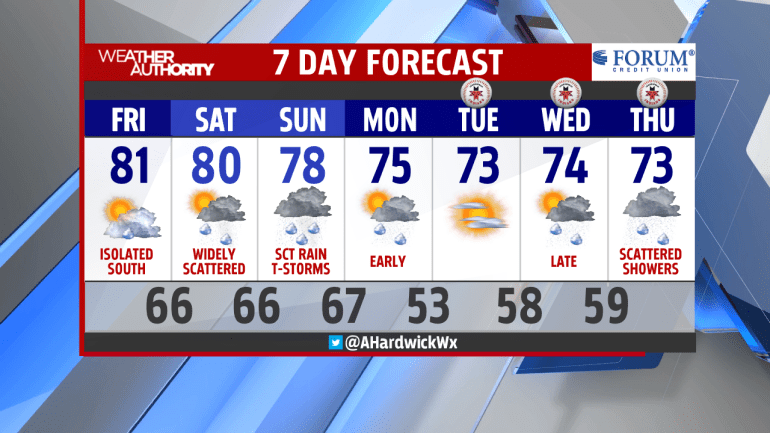 Plenty of dry time for the weekend; steamy days return

It is another great morning with sunny skies and comfortable weather across the area. High pressure east of the state will provide us with one more dry day before storm chances creep back into the forecast. The humidity levels will remain low this afternoon, making today the pick for the weekend. Temperatures will be near-average for the date and should climb into the mid-80s this afternoon. Don’t forget the sunscreen because sunburn may occur in 15 minutes with the UV Index at a level 9.

The weather this evening is going to be pleasant with skies staying mostly clear. Much of our Sunday will be dry too, but there could be a few spotty showers that fire up late in the afternoon and evening. The chance for storms is low for the second half of the weekend. Highs will climb into the mid to upper 80s with dew points in the upper 60s.