A LITTLE TOO MUCH RAIN FOR SOME

Rain had been hard to come by up until the past four days in most of central Indiana.  The series of thunderstorms and waves of heavy downpours directed across southwest Indiana looks to be easing after tonight.  The rainfall has been plentiful with 2.28″ of rain in Indianapolis.  That’s a nice number and was needed but locations of southwest Indiana have topped 6″ or more.  Bloomfield in central Greene County has had 6.08″ of rain in the past 72 hours alone.  The threat of more rain tonight has prompted Flash Flood Watches for several counties through 2 a.m. Wednesday. 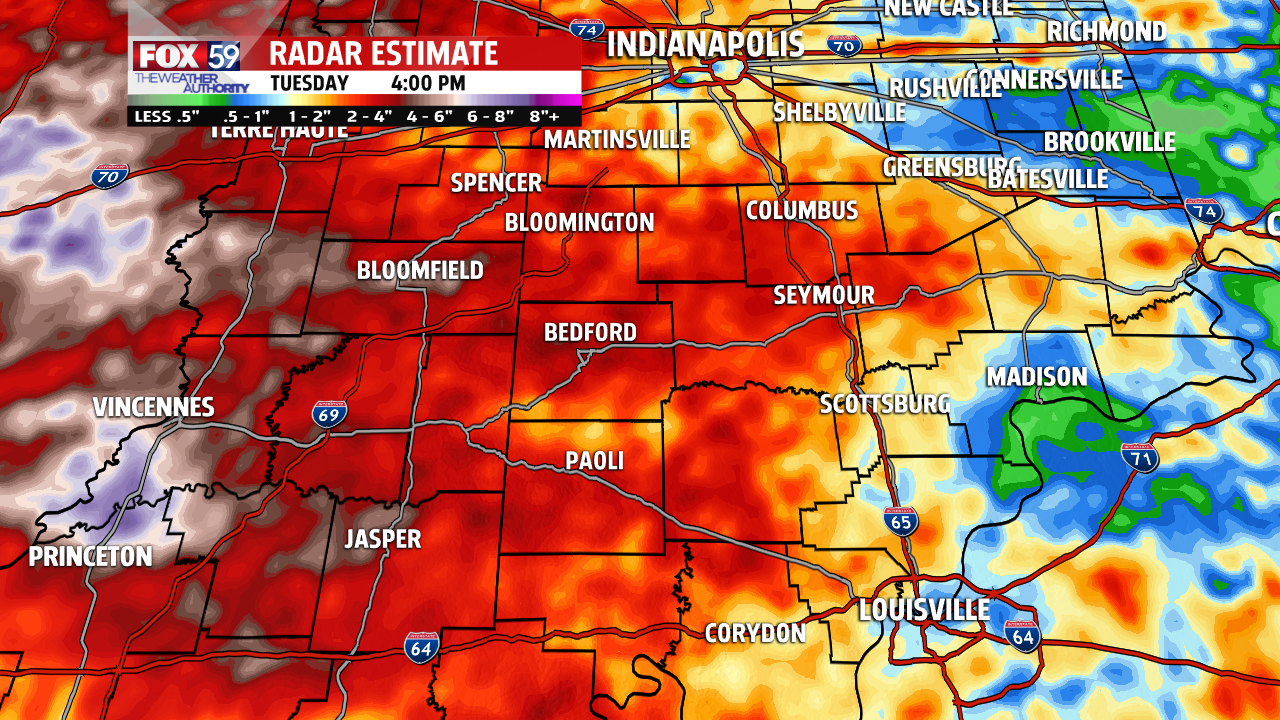 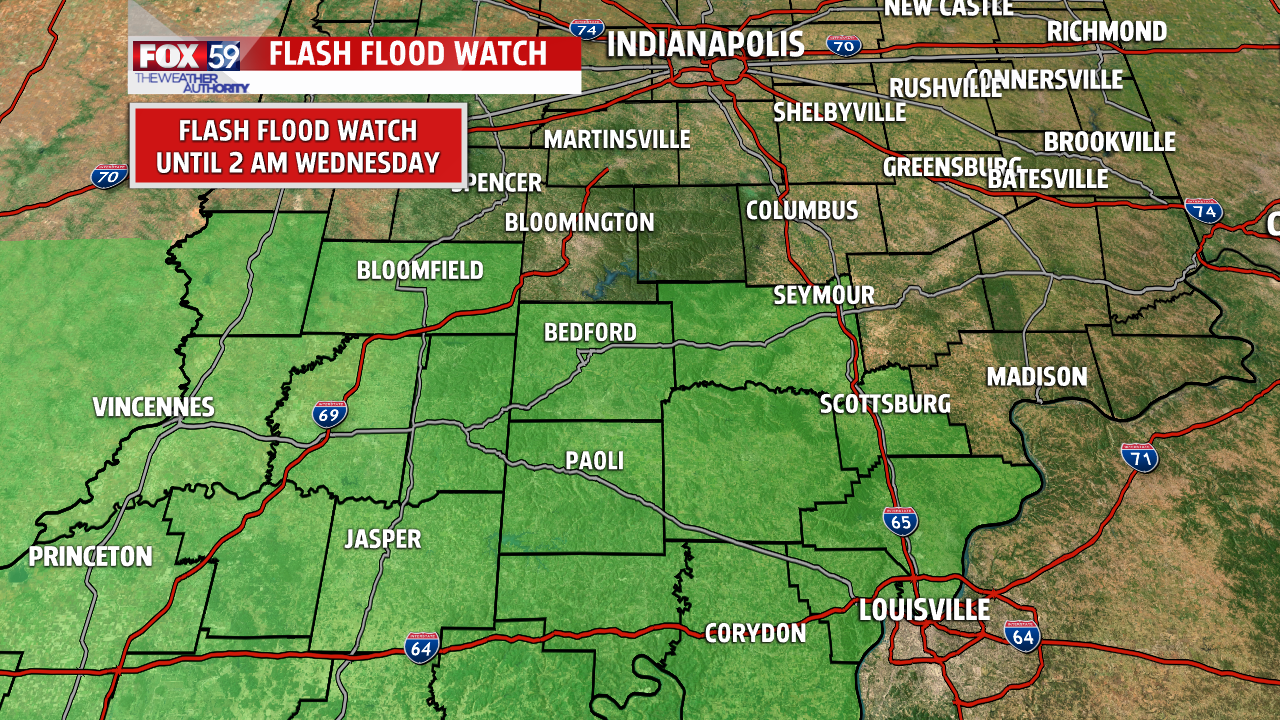 A break in the unsettled and sticky weather is in the works and gets underway early Wednesday.  A wind shifting cold front will pass allowing drier and more comfortable air to spill into central Indiana.  The rain threat is minimal Wednesday afternoon as the front crosses the state then clearing gets underway.  It will feel much more comfortable Thursday!

Here we go again. A new stretch of 90-degree heat is in the works as we enter the weekend.  A passing warm front Friday morning will mark the return of the heat and humidity.  90-degree heat is expected under the weight of an upper-level high pressure or dome of heat that expands east throughout weekend.  Under this high pressure, air is sinking, compressing and heating up.  Sunday and Monday the heat could peak in the mid-90s and deliver the hottest Father’s Day since 2010.  Dating back to 1950 – only, 10 Father’s Days have topped 90-degrees, the hottest 96 in 1953.  (* The first Father’s Day was celebrated in Washington state in 1910 but not a permanent national holiday until 1972. *Dating back to 1950 only 10 ‘Father’s Days’ topped 90° or warmer, hottest was 96° in 1954)

The rain chance is gone after Wednesday and will not return in any real wide-spread threat until next Tuesday.  The recent rainfall may dry quite quickly in the days ahead. 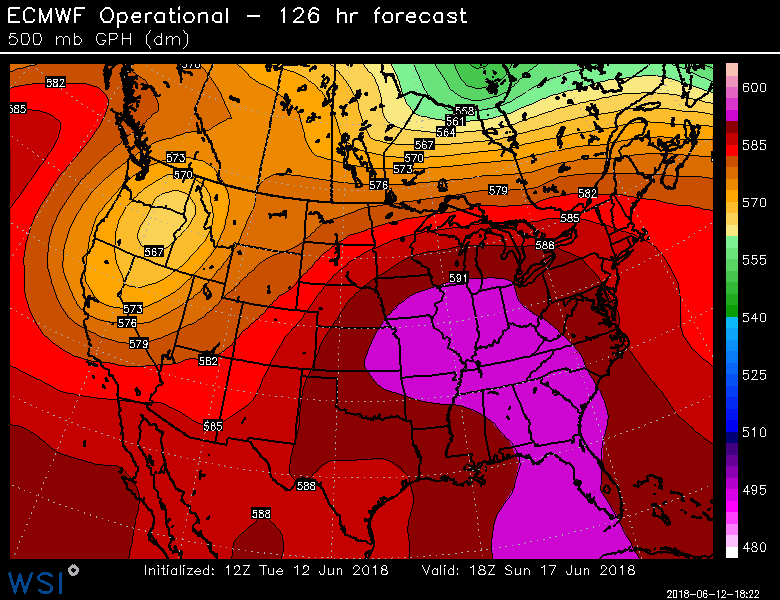 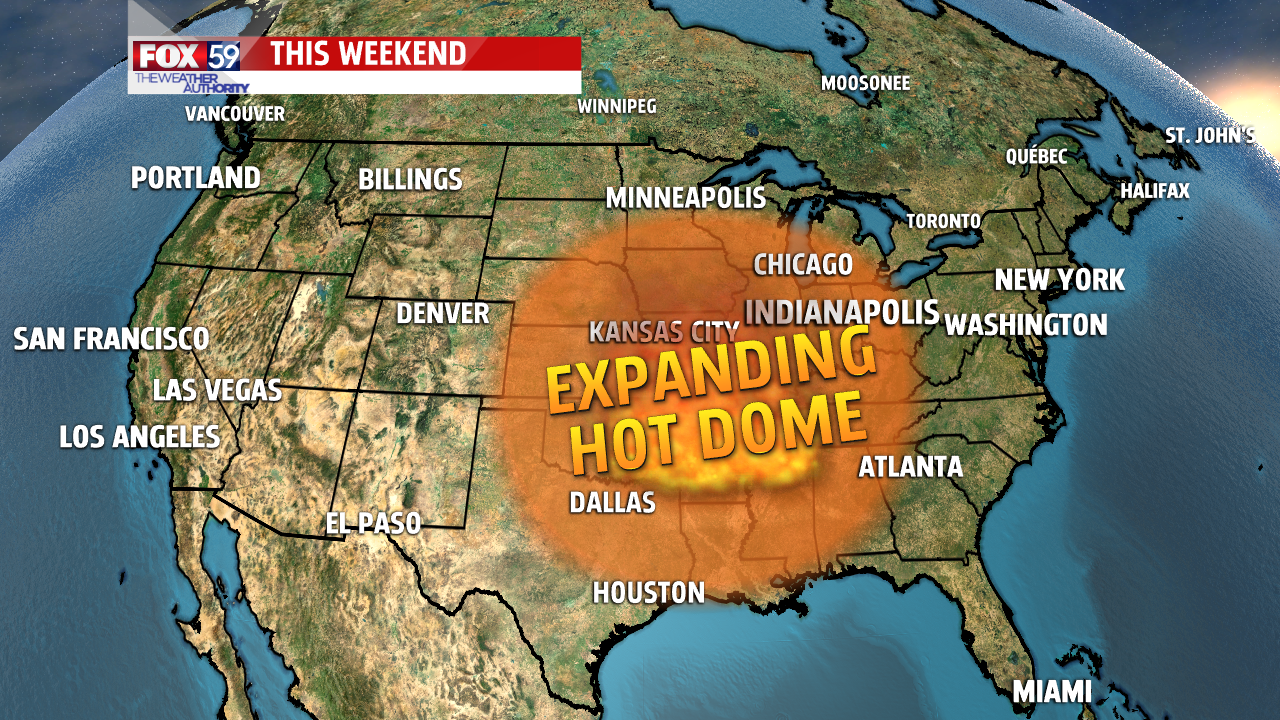 Expect a clear and chilly start this Sunday morning. Patchy frost likely in spots this morning across our northern and eastern counties until 9am. Another good dose of sunshine for today, as temperatures return to the lower 60's this afternoon. Clouds will begin to gather by mid to late afternoon, while winds remain light from the southwest at 5-10 mph.

Showers will be likely this evening, especially for the southern half of Indiana (including downtown Indianapolis). A few isolated storms could be in the mix across the southern 1/3 of the state with lightning and a heavier downpour. All rain should be exiting in the overnight.

It's going to be a chilly night across central Indiana. A Frost Advisory has been issued for our north and eastern counties beginning at 2 O'clock Sunday morning and lasting through AM. Clearing skies tonight will aid in the quickly falling temperatures as they drop into the 30s tonight. This could cause damage to any sensitive vegetation you have outdoors. Cover up these plants or bring them indoors, if you can.

Skies will start to cloud back up Sunday morning and rain chances will return before the weekend is out. Don't worry, there will still be plenty of dry time. Showers will hold off until the afternoon tomorrow and be isolated to widely scattered in nature.

Adding clouds late tonight will likely prevent area-wide frost but a few locations are likely to dip into the 30s by sunrise. Clouds are expected to really increase after midnight from southwest to northeast. The coolest temperatures are expected north and northeast.

Will your kids need to be vaccinated?

These are the victims of the Indianapolis FedEx mass shooting