Clouds won the day! We stay mainly overcast, with just a few pockets of sunshine on Sunday. These clouds came along with much needed rainfall. While it hasn’t been a lot of rain, we’ll take whatever we can get. We haven’t even finished the first week of October and several areas are more than a half inch behind the average rainfall they should have seen by now. 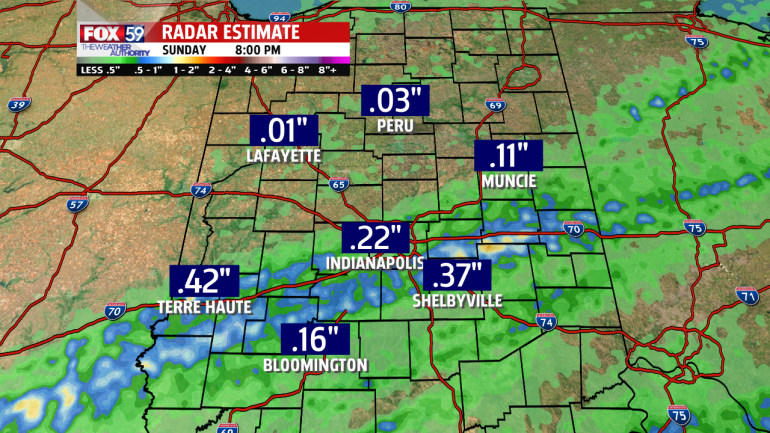 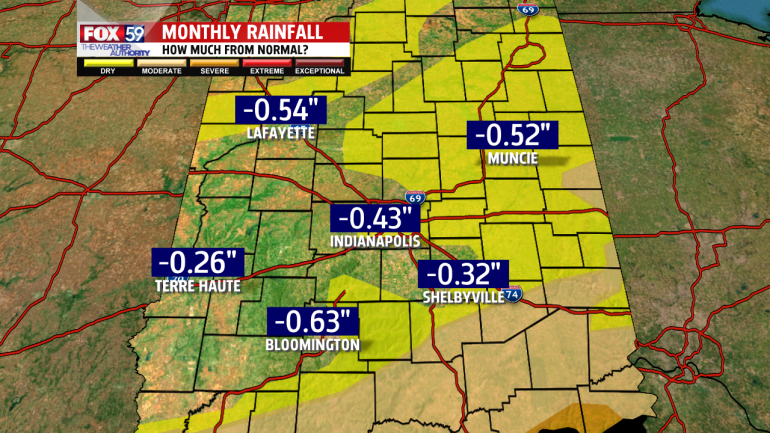 We’ll keep the chances for scattered showers overnight into Monday morning. These showers may impact your morning commute, mainly in areas south of I-70. 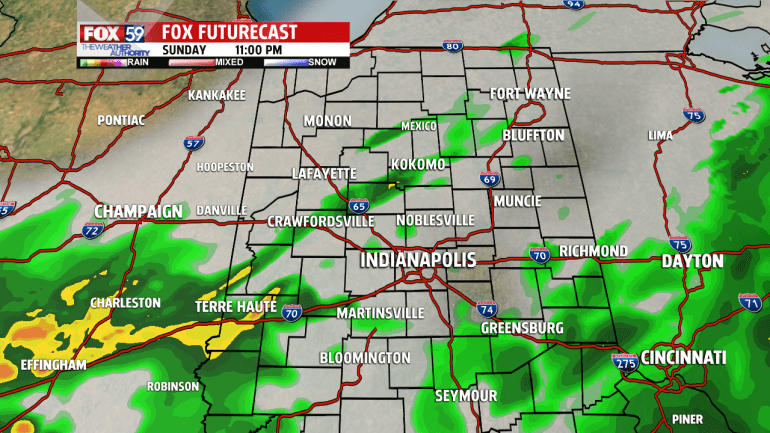 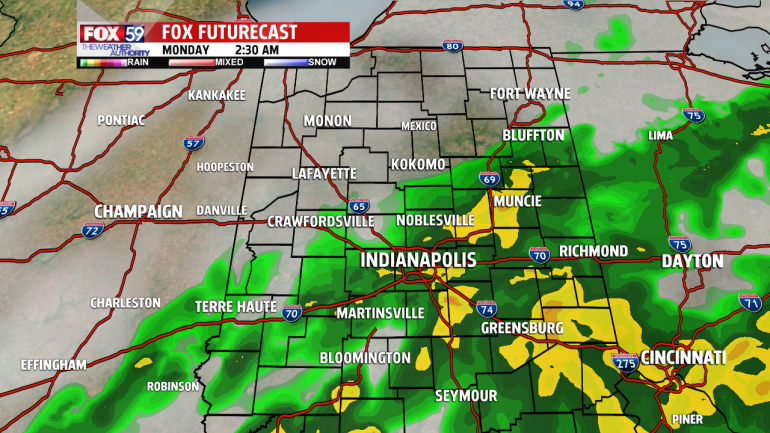 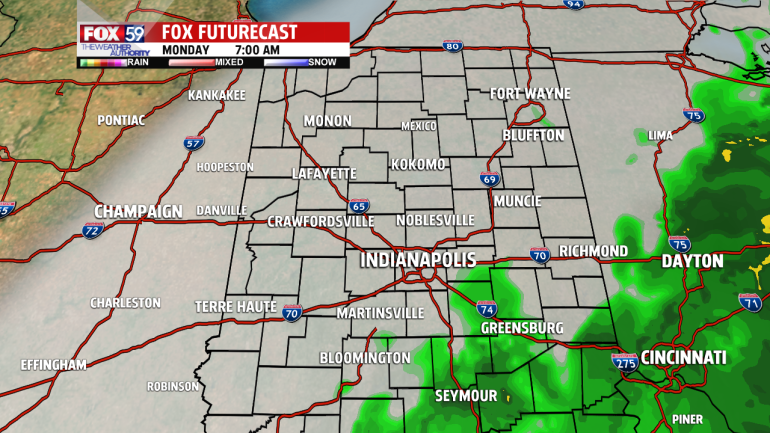 Temperatures will several degrees cooler than the average this afternoon. However, since we were off to a well-above average start, the day worked out to be another above normal day for this fall. That makes 4 weeks straight of warmer temperatures. Currently, we are still holding onto the status of “Warmest Fall on Record,” to-date. 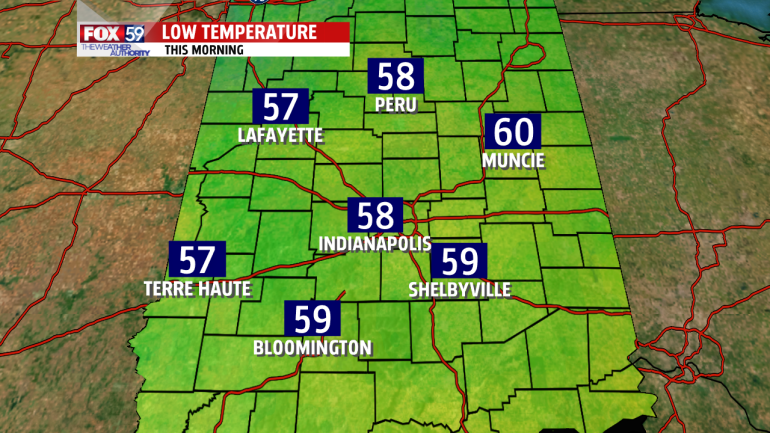 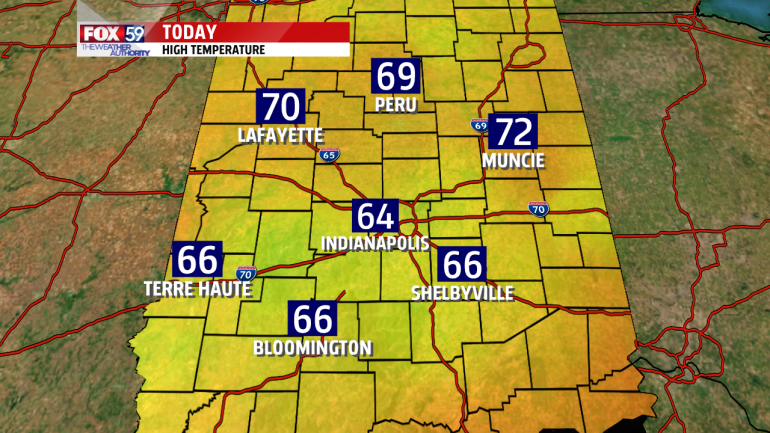 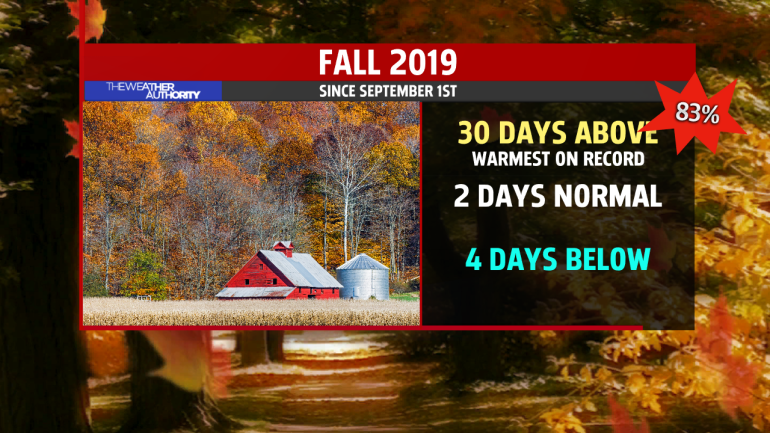 We will be a little cooler heading into Monday morning with lows dropping to the lower 50’s. As rain eases Monday morning and clouds decrease into the afternoon, we’ll see sunshine start to come out and highs peak near the average, in the upper 60’s. 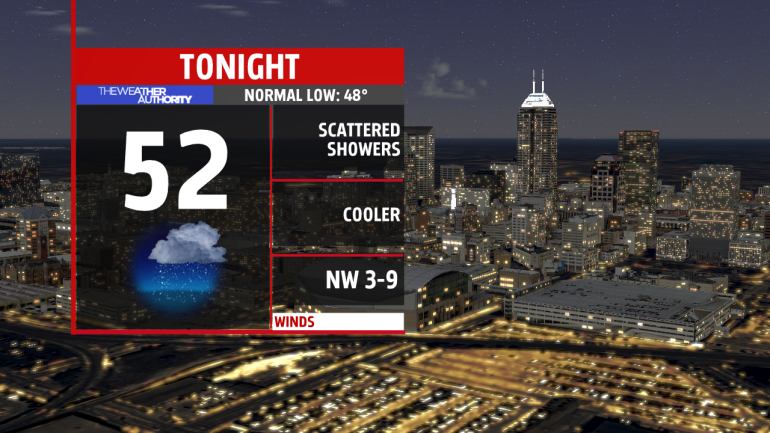 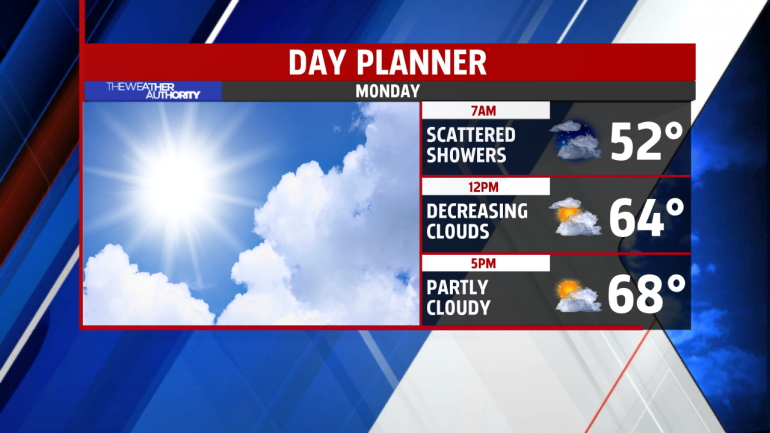 From here, we start a gradual warm-up. Highs by Friday climb to near 80° and several will likely pop into the lower 80’s Friday afternoon. However, a cold front moving through late Friday night will bring rain and the chance for a few t-storms Saturday morning. Temperatures take a quick dive. By early Sunday morning, temperatures in the 30’s are very possible. 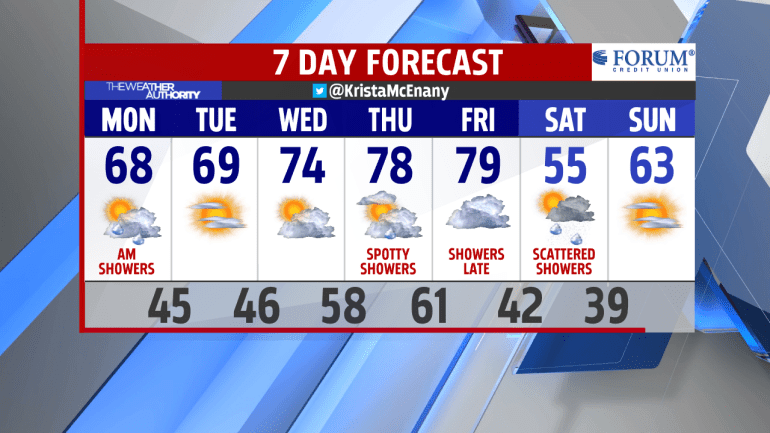