The 1.82″ of rainfall that was measured in Indianapolis today is the largest single-day rainfall in two months and the SECOND largest of the summer behind June 10’s 1.83″. 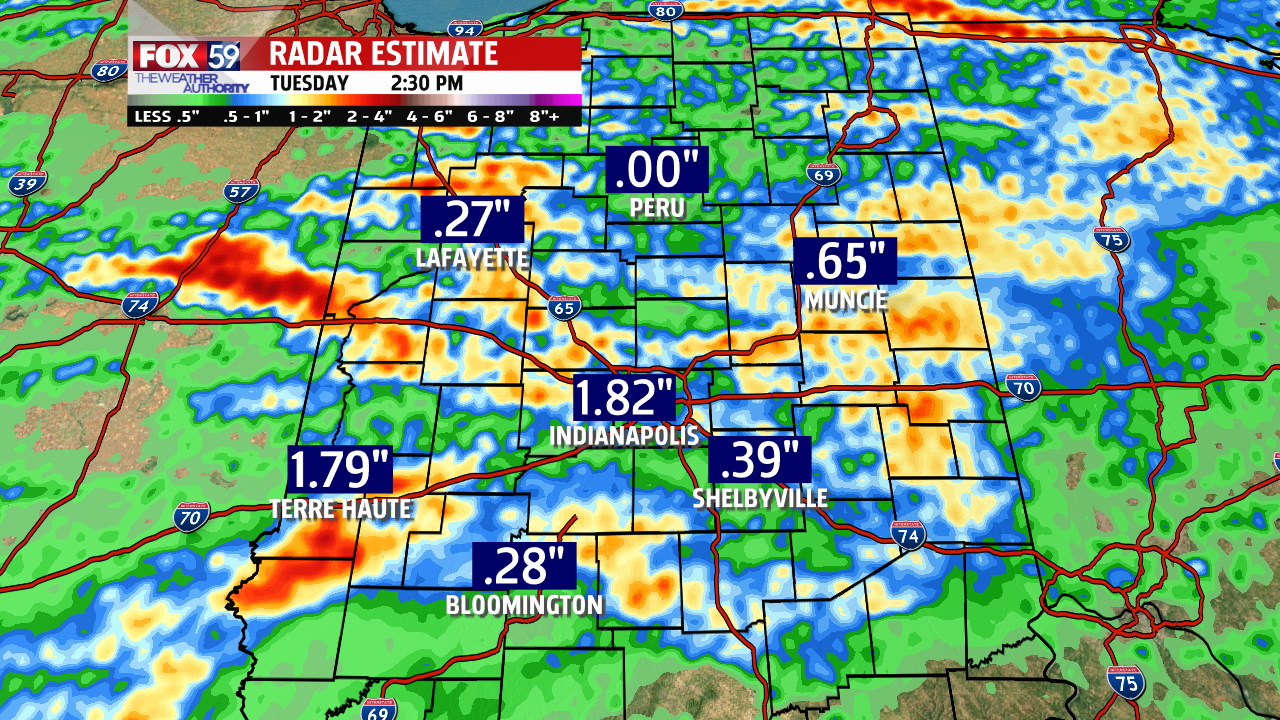 Warm weather rolls; shower chances creeping up into the weekend

Another dry and tranquil start to the day! After sunrise, sunshine should be plenty for most and temperatures will begin to warm steadily through the day. Light winds and moderate dew points will make it feel a little more uncomfortable at times, with highs in the middle to upper 80s by late afternoon.

Expect more calm weather for tonight and into the overnight hours, under scattered clouds.

Another muggy day but overall, Wednesday isn't shaping up too bad. Clouds have mixed in with the sunshine throughout the day but we've managed to stay dry. With the rain in-check, the higher humidity has been the only hindrance of the day. The summery pattern continues through the week but we're working on another refreshing cool-down. The rest of Wednesday evening will remain dry and humid as temperatures fall into the upper 70s after sundown.