After a warm, sunny start to the work week, winter has staged its comeback and hanging around with us as we move toward the weekend. We’re tracking several shots of snow over the next few days. While no single round is poised to bring widespread snow accumulations, some could still minor accumulations by the weekend. It’s mainly quiet for your Thursday evening. Pockets of flurries or widely scattered snow showers will be possible into Friday morning. A winter weather advisory is in effect for portions of east-central Indiana until 10 AM Friday. However, this will not be a big weather maker, but scattered snow showers around the morning commute could cause slower travel. Additionally, the moisture that’s still on the ground and temperatures below freezing will lend to the potential for slick spots on roadways across central Indiana. Just allow for a little extra time during your commute Friday morning, take it slow, and keep extra distance between you and the vehicle in front of you. 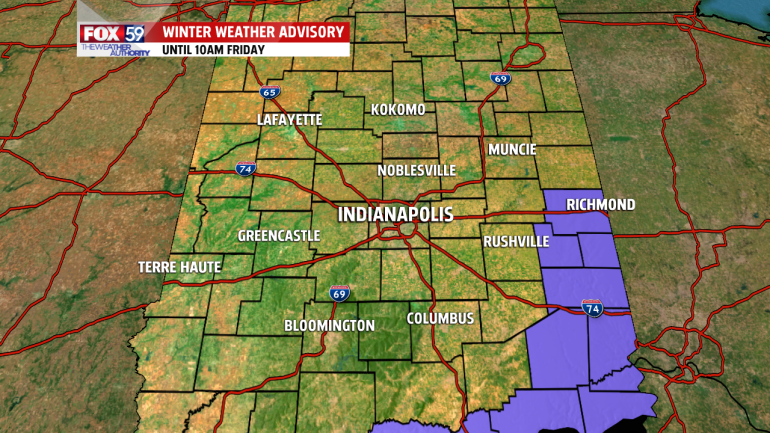 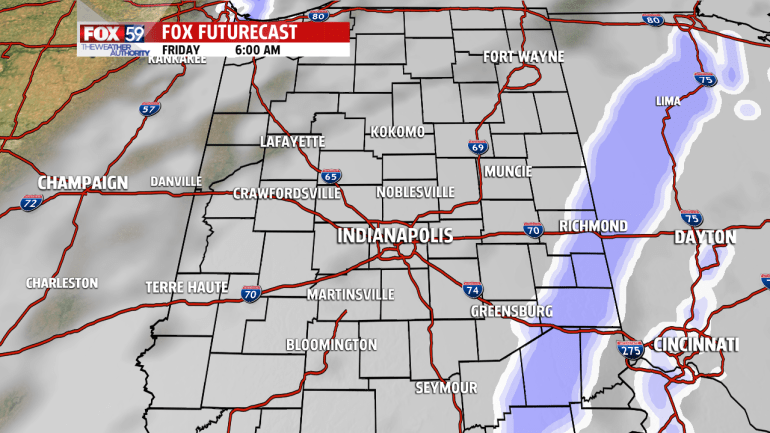 The few snow showers Friday morning will depart by the afternoon. The rest of Friday will be mainly quiet but chilly with occasional flurries. 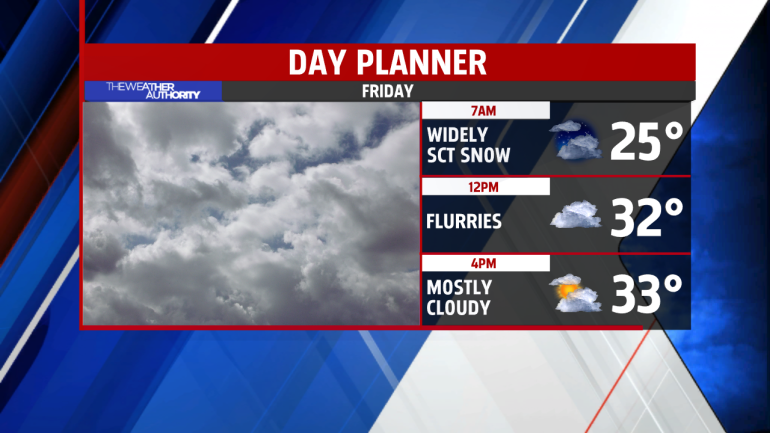 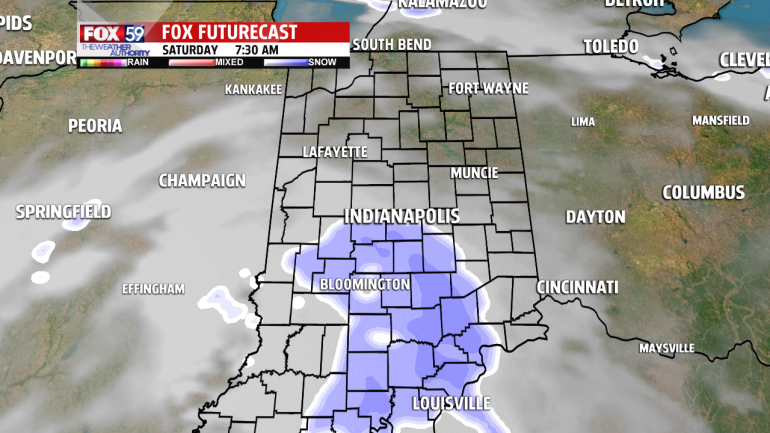 ANOTHER round of snow/wintry mix arrives Sunday but as temperatures warm, we’ll see this change over to rain as highs rise toward 40 degrees Sunday afternoon. 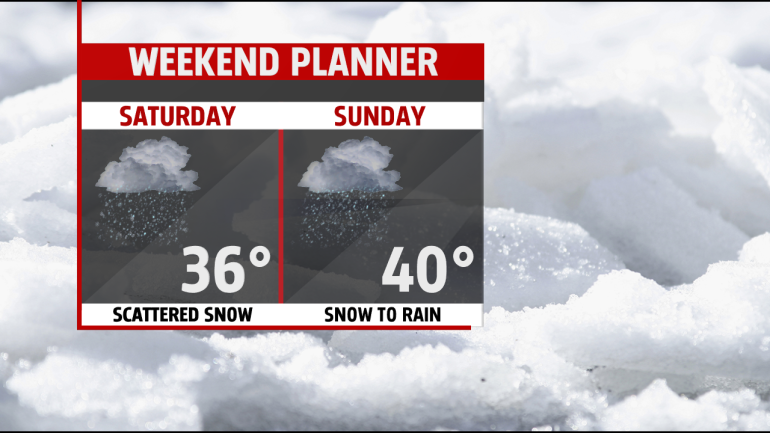 As you can see, we have a very active weather pattern for the next few days. While we are anticipating several shots of snow, no single round looks to be bringing large widespread accumulations. However, it will still keep the concern for slick roadways in the forecast now through the weekend. It doesn’t take a lot of moisture to cause icy spots. Keep checking back as we monitor the timing and trends with each of these rounds. 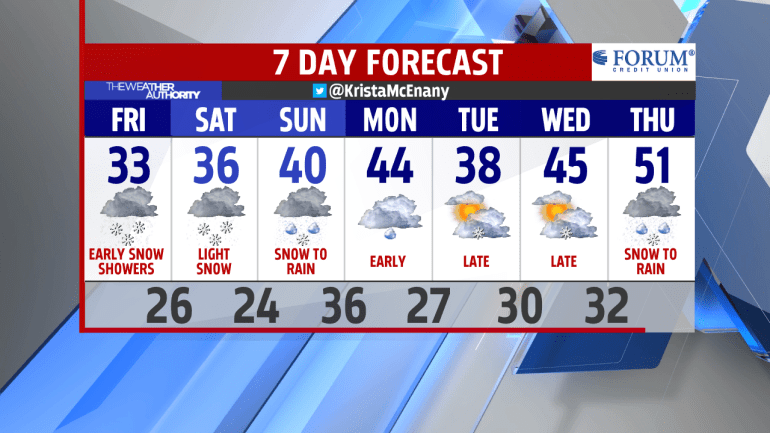 A cool pattern is underway in central Indiana with a slight chance for a stray shower by the afternoon. For the most part, the driest September on record will continue, although there are some limited rain chances through Saturday.

For Tuesday, expect a sunny start with a cloudy, cool afternoon and a high of 64. We could see some spotty showers by the evening. Tonight, we'll see clearing and cooling with a low of 46.