Morning rain and storms will ease by midday across the state! As the rain ends, sunshine will work in and temperatures will level off in the middle 50s. Winds will remain breezy, if not gusty, at times through the afternoon and evening under sunshine. 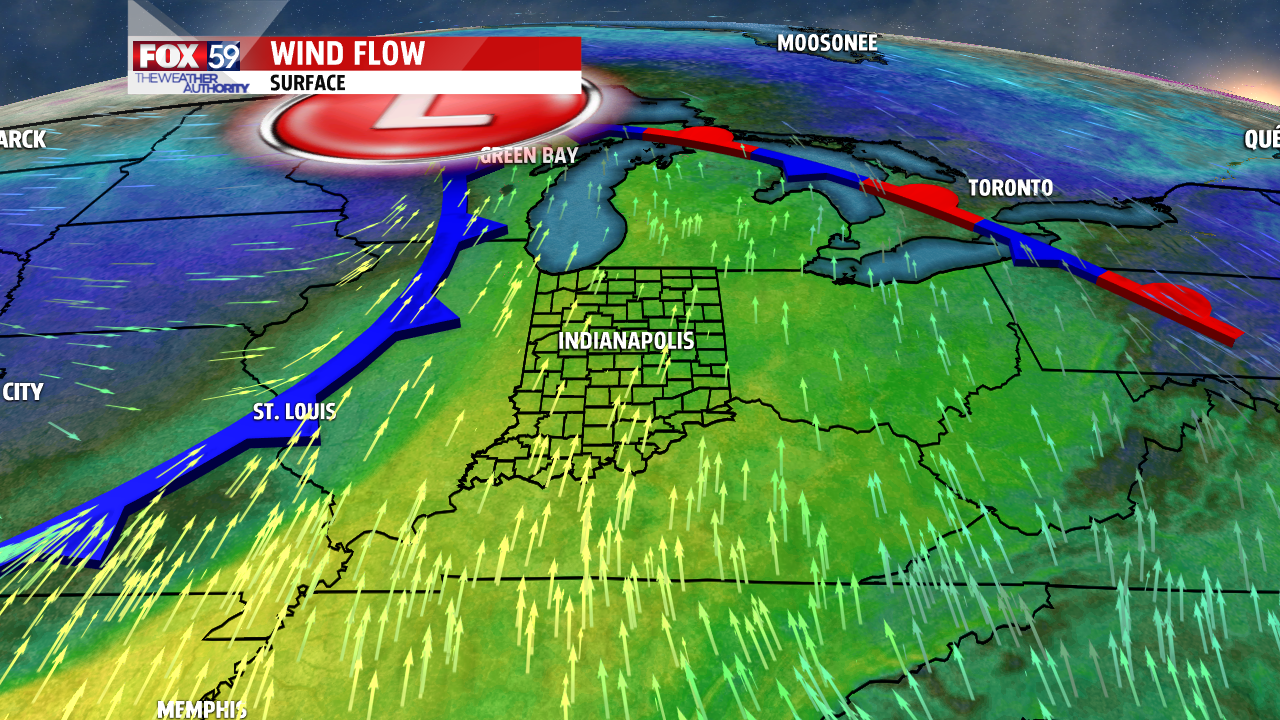 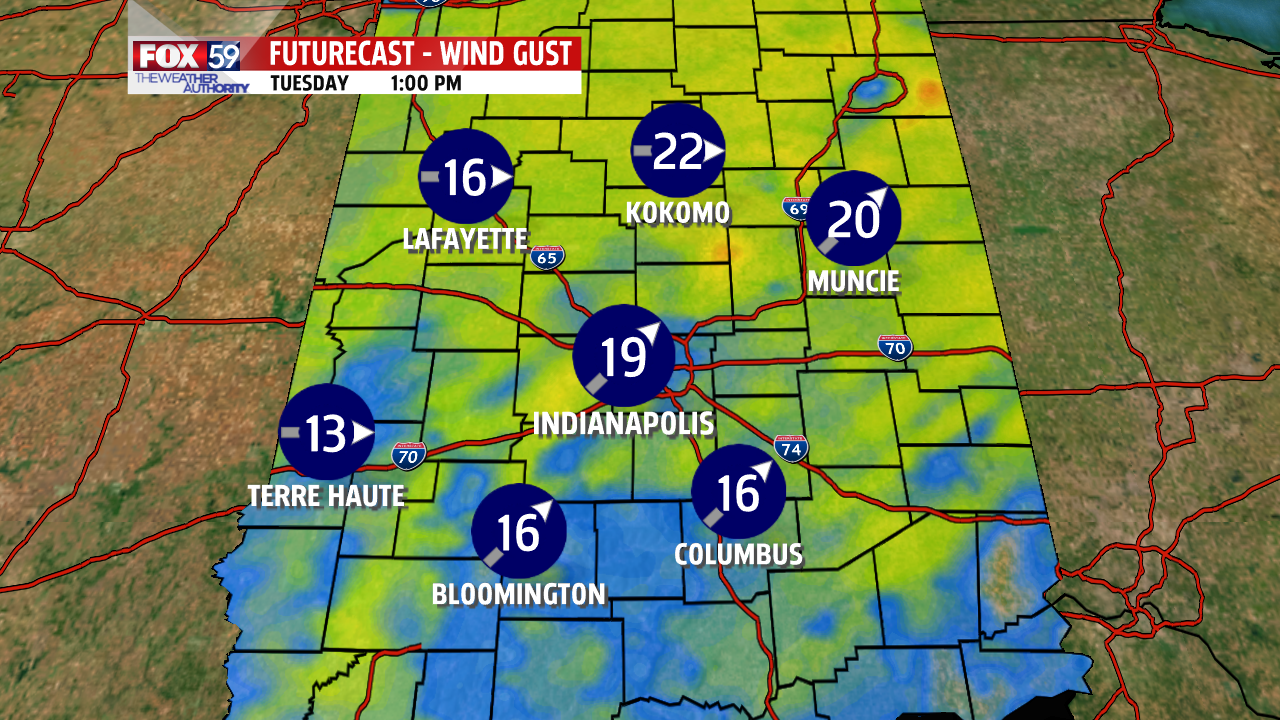 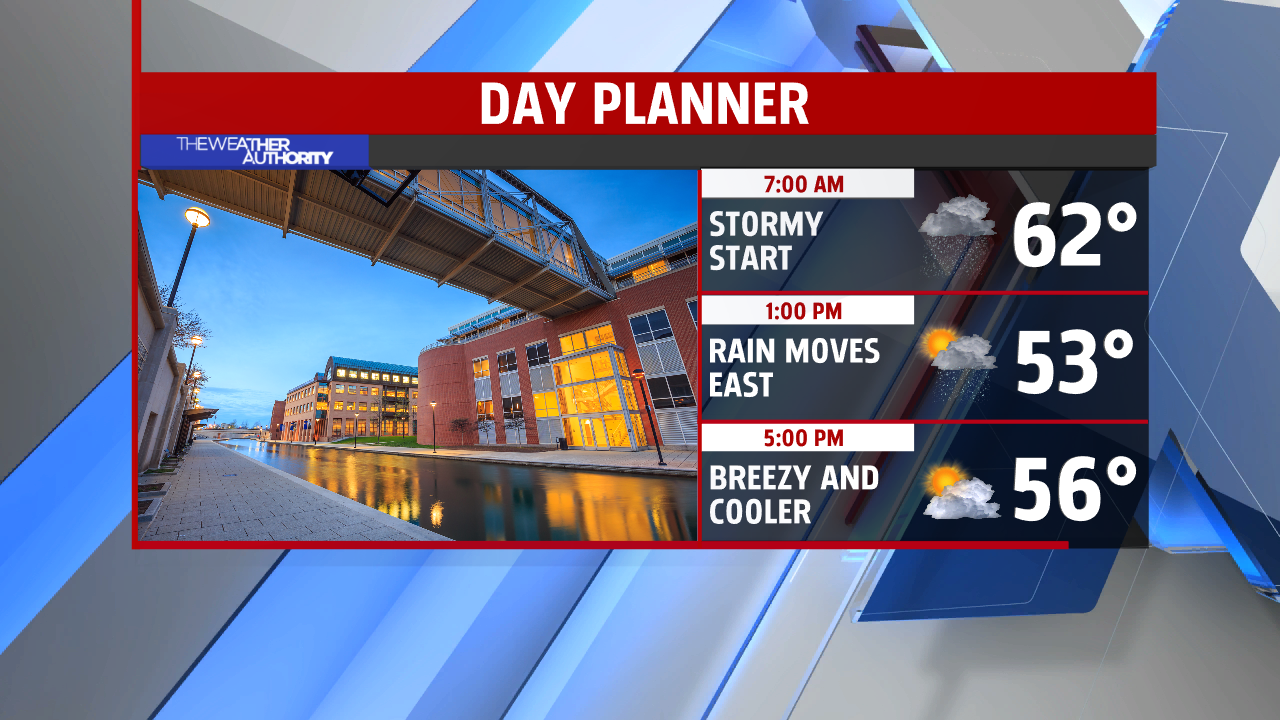 A colder shot of air arrives tonight and for the next few days, as the winds remain breezy! A wintry mix is in play late Thursday night and into Friday morning but appears to be fairly weak and uneventful. Look for a more detailed forecast on that later today, if warranted.

Social media is blowing up over snow chances for Saturday! Yes, snow is still in the forecast but how much remains WAY up in the air. In fact, the rumored totals that were posted on Facebook and Twitter have now been cut more than in half! Let’s be patient on this one and let the models get inline before asking how much. We will have updates on the impending snow chances as we near the weekend! 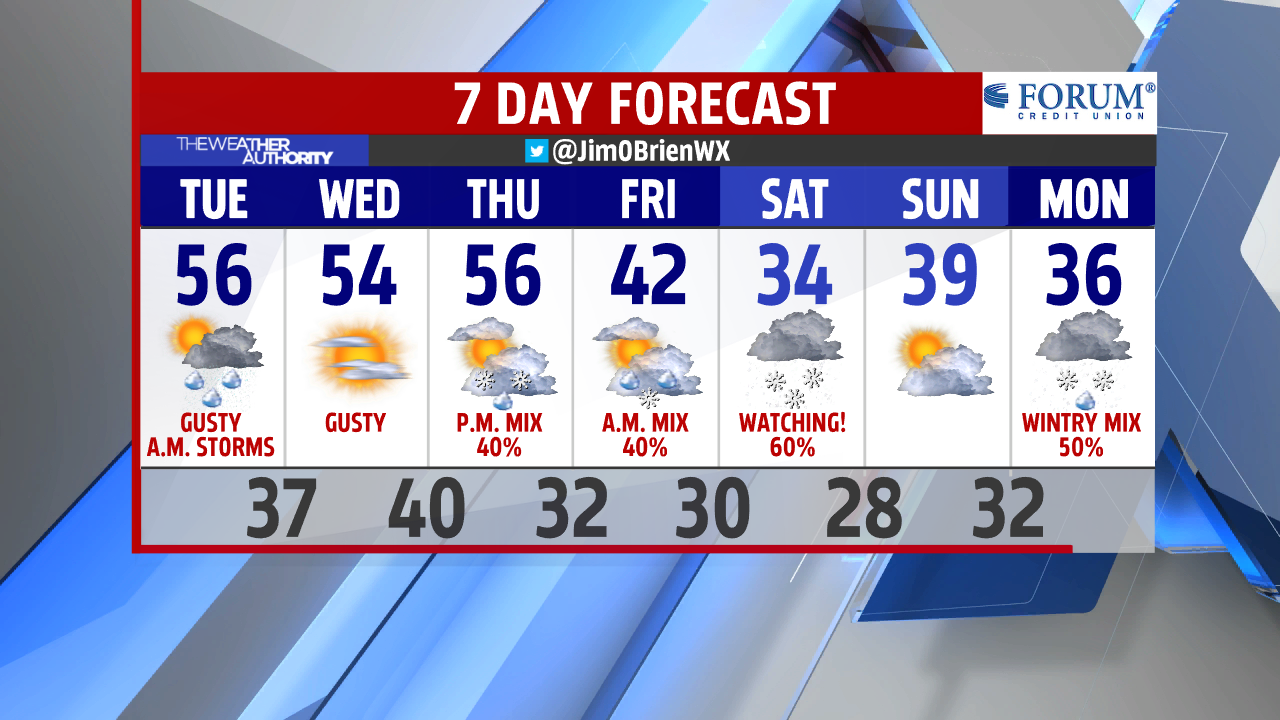 Stubborn low heading out! Brighter afternoon on the way

Early clouds and showers are hanging around after a dismal, wet weekend. Expect most showers to go well east of Indianapolis by 10 a.m., as clouds begin to break out west.

By the afternoon, any lingering showers will be confined to far eastern Indiana, as additional sunshine builds in for the city. The burst of sunshine will help to finally dry us out but also boost our temperatures into the upper 60s.

April 11, 1965 – It was 56 years ago today the deadliest tornado outbreak in state history occurred. Sadly, 137 Hoosiers died as 10 tornadoes crossed 18 counties in only a matter of a few hours.

The forecast lived up to its billing - downpours would arrive and increase by early afternoon. The drenching rain on Saturday brought on high/standing water on roadways for a time and totaled over one and a half inched marking the wettest day of 2021. By 6 pm the city rain gauge located near the airport had reached 1.24" surpassing March 18th's 1.23". A lull in the rain would take hold but only briefly

Car collides with train in Brownsburg

While You Were Sleeping: Coronavirus updates for April 12

Near east side shooting injures 2

Downtown accident sends several to hospital, some in serious condition

Woman arrested after refusing to return $1.2 million mistakenly put into her account

Downtown accident sends several to hospital, some in serious condition

Lost your COVID-19 vaccine card? Here is how to get another