The frigid air is backing off but only slowly. After a third night in the single digits, longest such a stretch in a March in 39 years, temperatures climbed into the upper 20s Wednesday. Still a full 20-degrees below normal, it was as much as 10 to 12-degrees warmer than Tuesday. Low temperatures tonight will avoid the single digits and settle in the teens under fair skies. 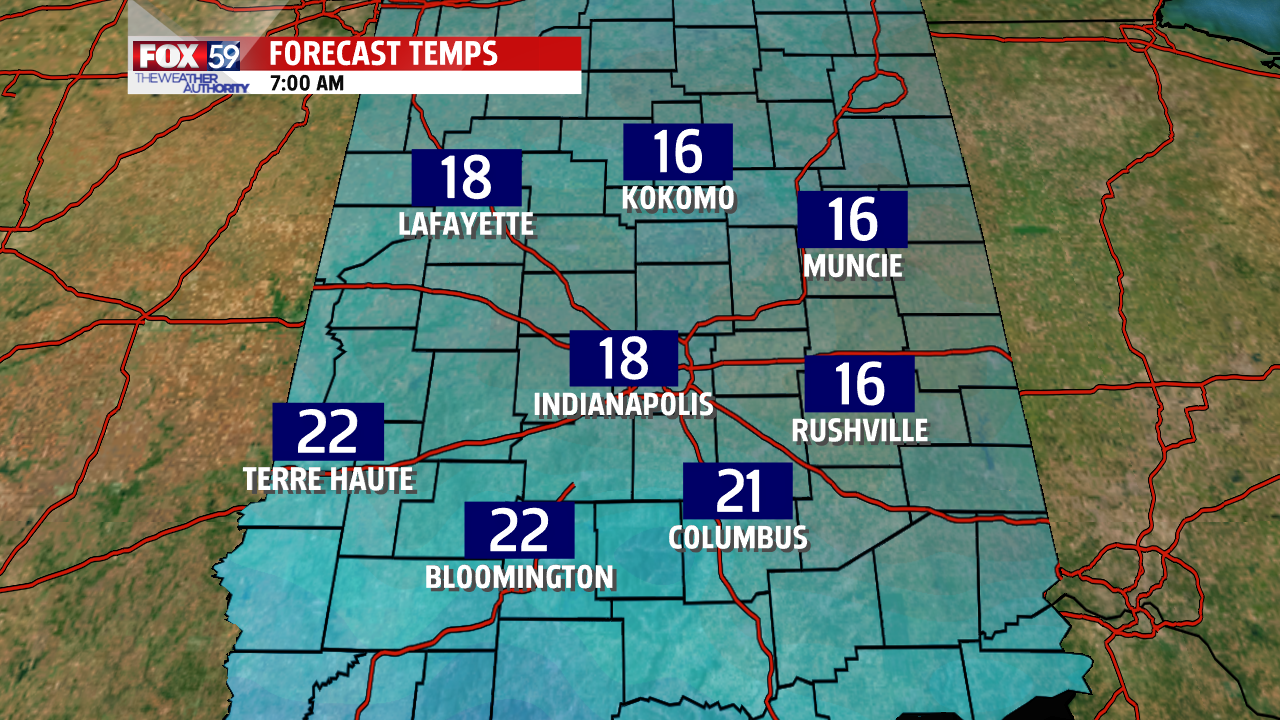 A streak of snow will spread quickly east-southeast starting Thursday and will slide into Indiana late Thursday and into early Friday morning. The push of milder air will create a snow band capable of producing several inches of snow. Late Wednesday, Winter Weather Advisories stretch from Wyoming to nearby Illinois. Advisories may be hoisted here as early as Thursday morning. 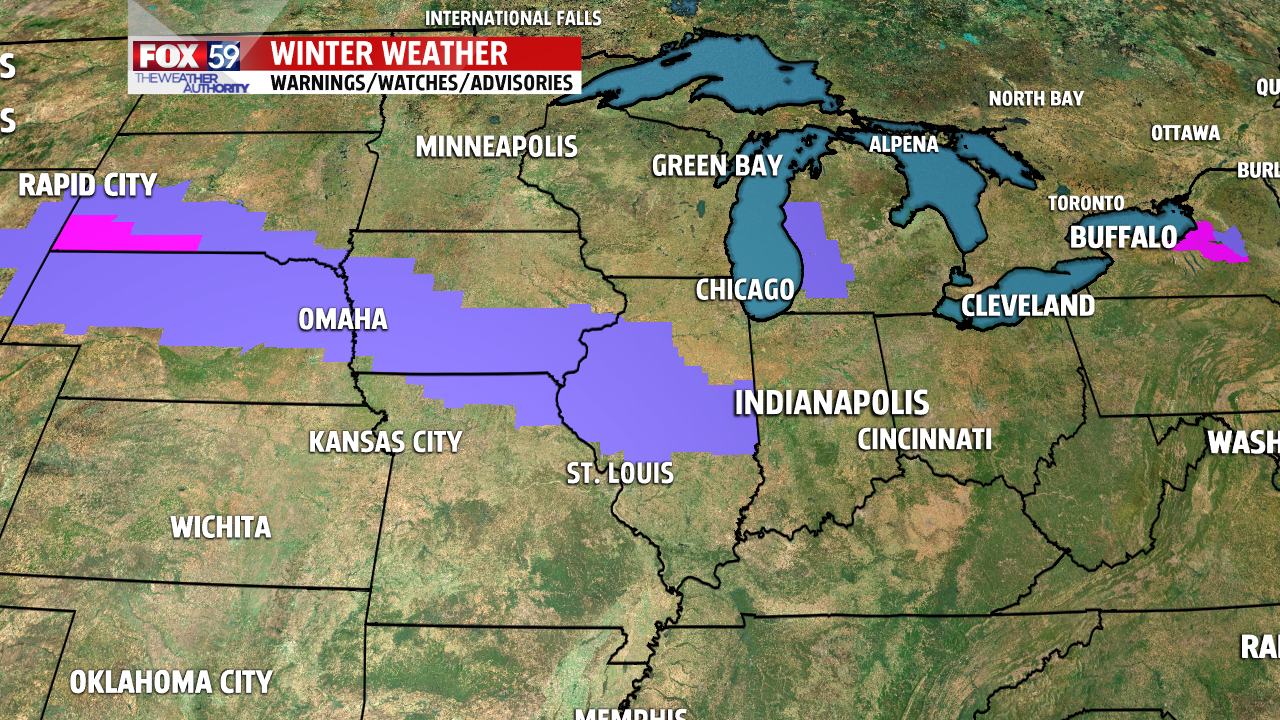 WHEN AND HOW MUCH?

We are timing the arrival of snow for later Thursday – most likely starting as flurries or patchy light snow late in the day and early evening but the snow should begin ramping up in coverage and intensity through 12 a.m. Friday. 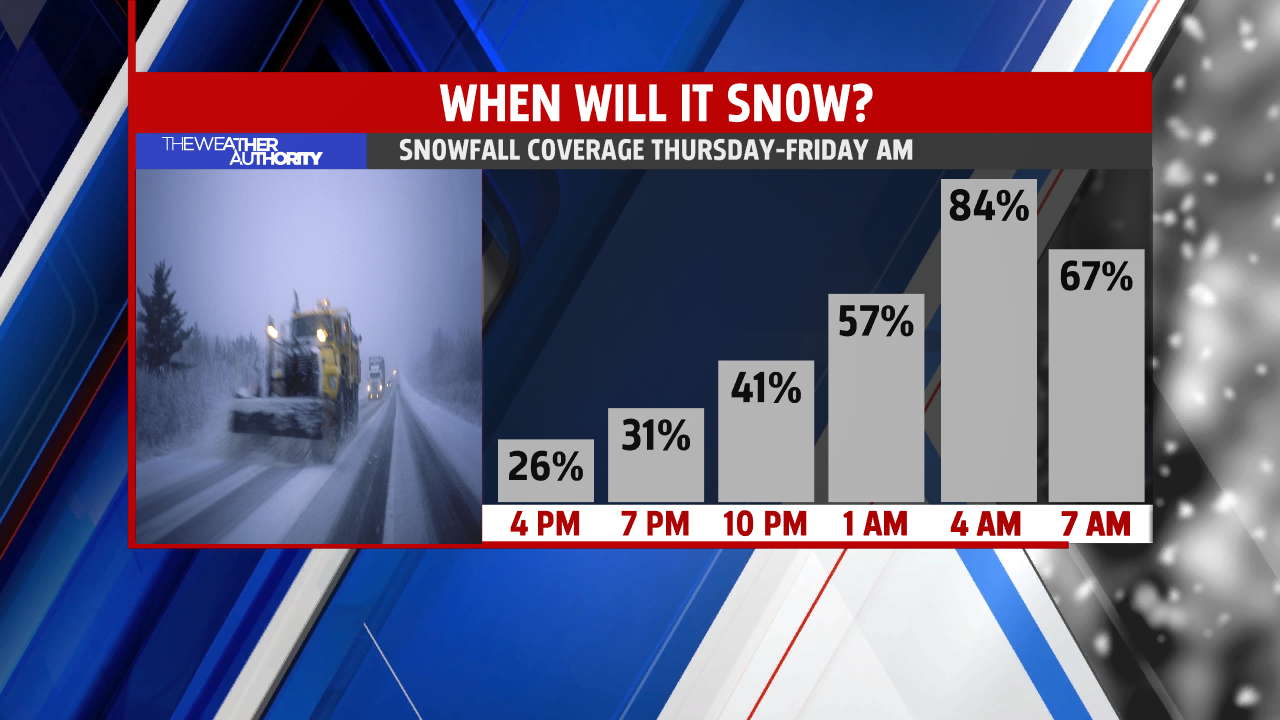 At this time, snowfall of 2″ to 3″ is likely in Indianapolis before tapering to drizzle and light patchy freezing drizzle mid-morning Friday. Off a suite of machines the average snowfall for the city of Indianapolis is 2.9″ with a range of .9″ to 5.0″. I’m posting below two such computer forecasts that hint at a few areas south capable of amounts slightly higher (4″?). 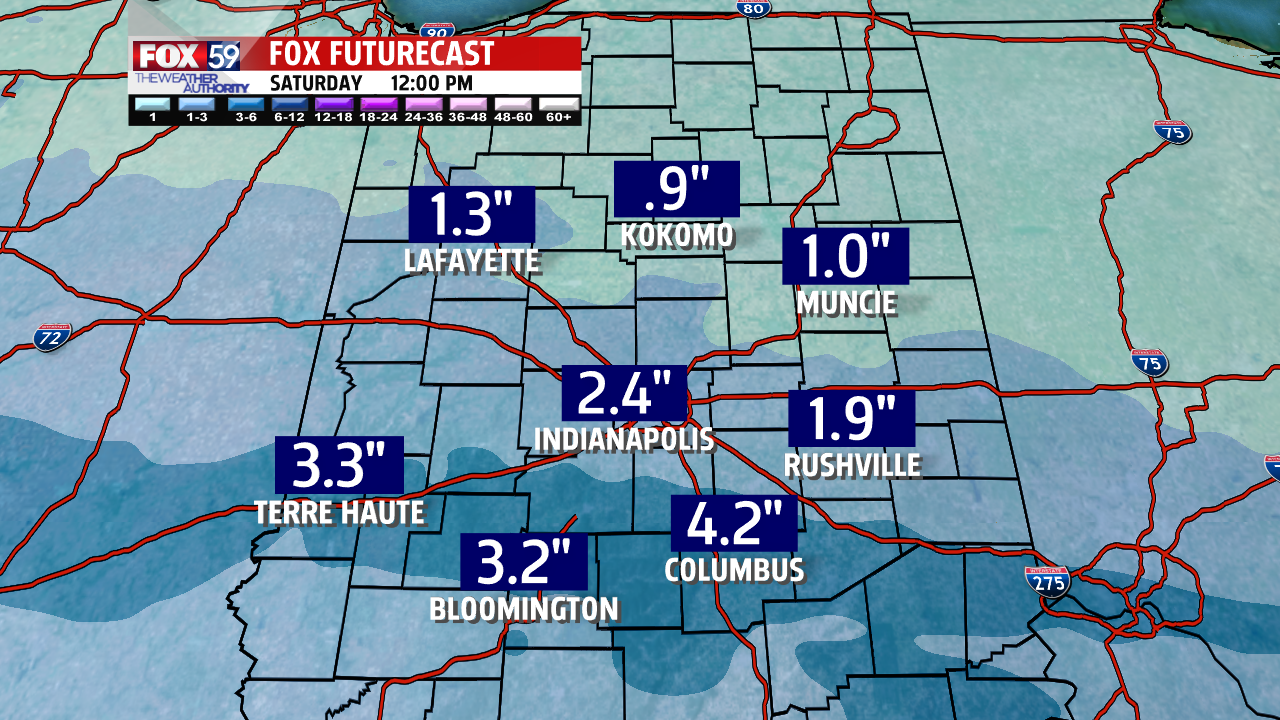 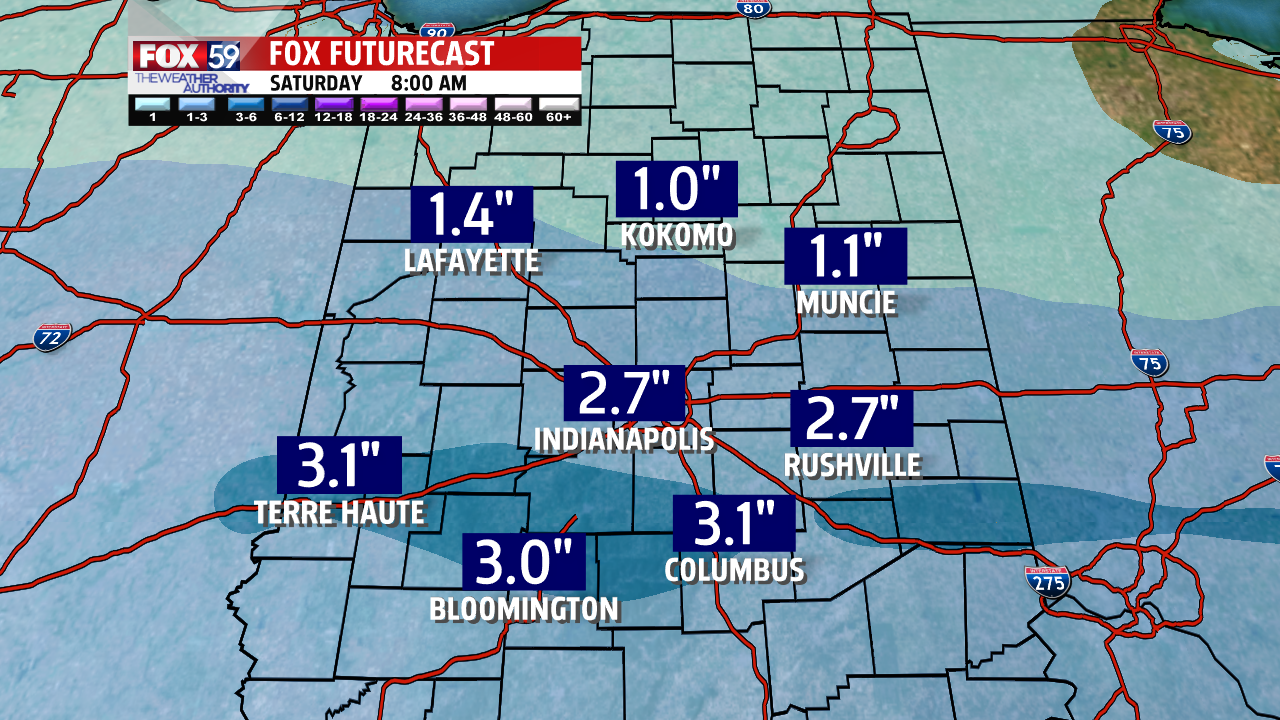 Also below the probability of a 1″ and 4″ snow are displayed. These are developed of an ensemble blend of several machines produced by and for the National Weather Service’s Weather Prediction Center. A 10 percent chance of a 4″ snow is indicated. We will monitor trends. 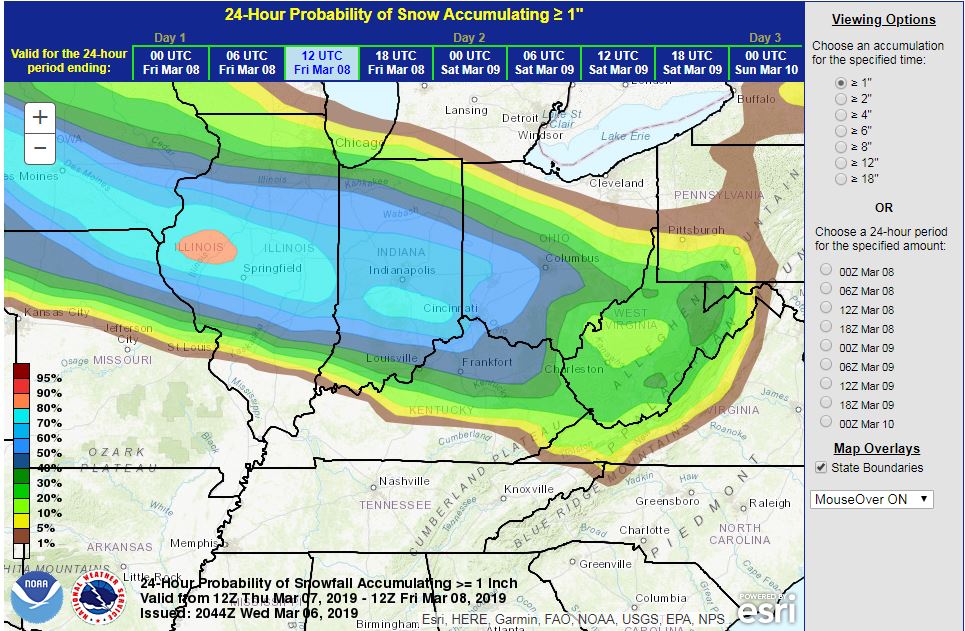 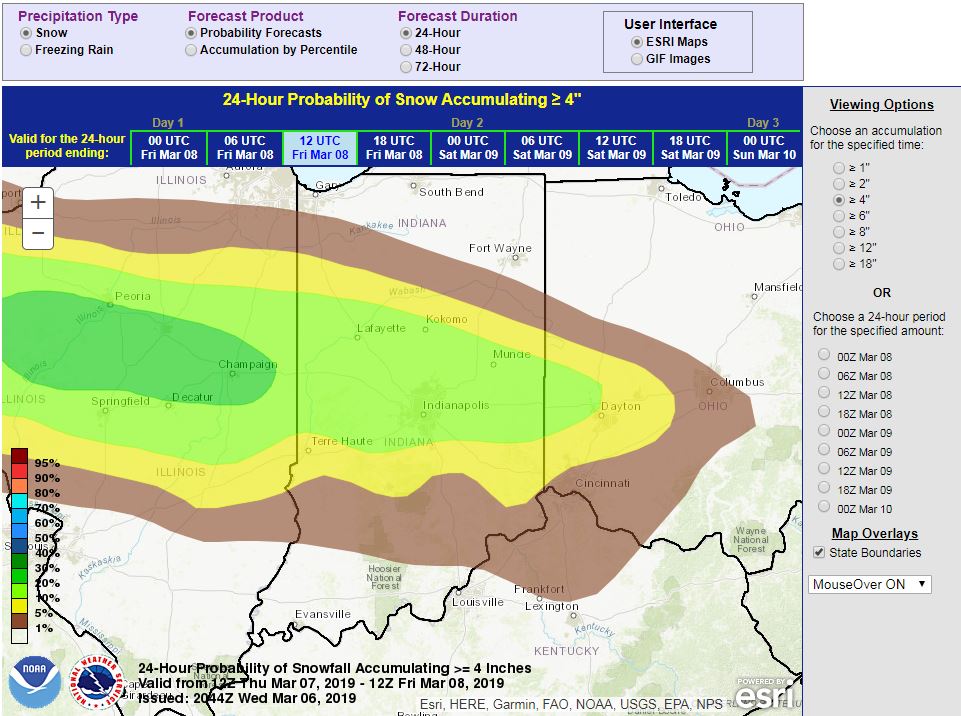