It was quite an eventful end to November with a pair of storms book-ending the long holiday weekend.  Rainfall over the final 10 days of November (2.24") accounted for 30% of the rainfall for the entire meteorological fall.  Fall 2019 enters the record books among the deist 38%, ranking 56th driest all-time with just over seven and half inches of precipitation.

Tonight the last storm in the series churns off the east coast.  For the remainder of the upcoming work week, no big storms.  A few fronts are to pass this upcoming week but bring little to no precipitation at this time. 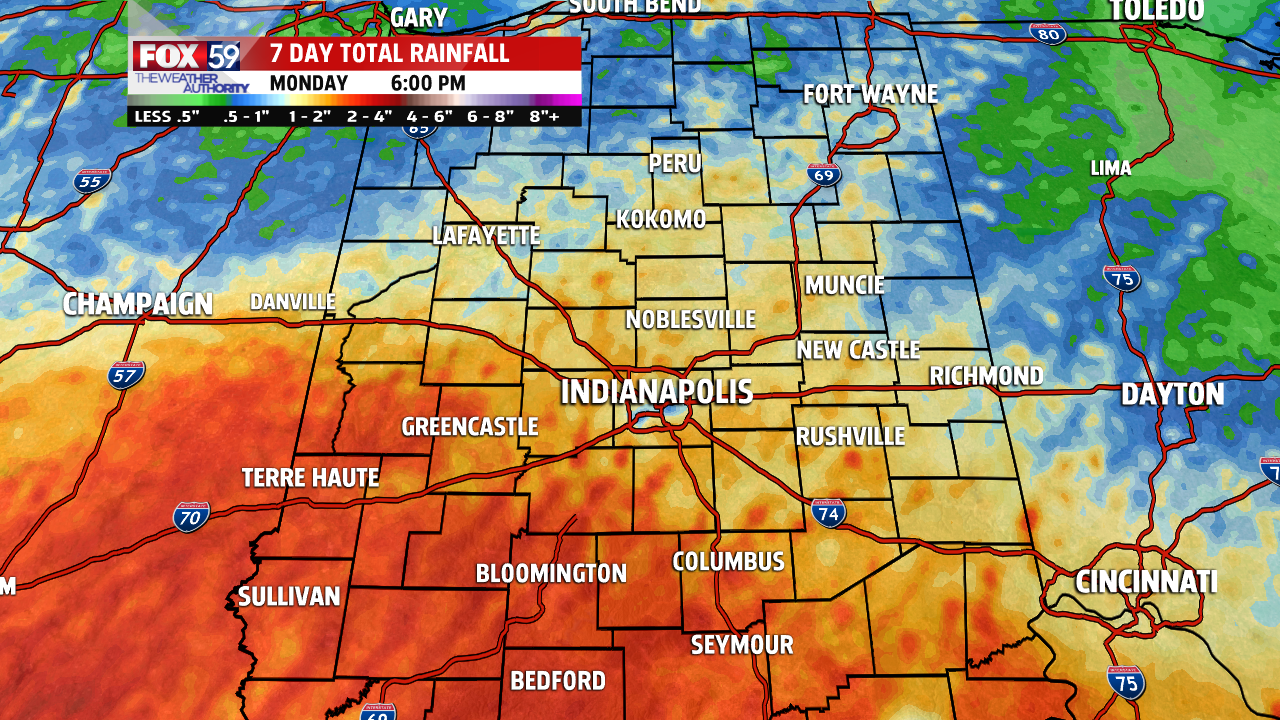 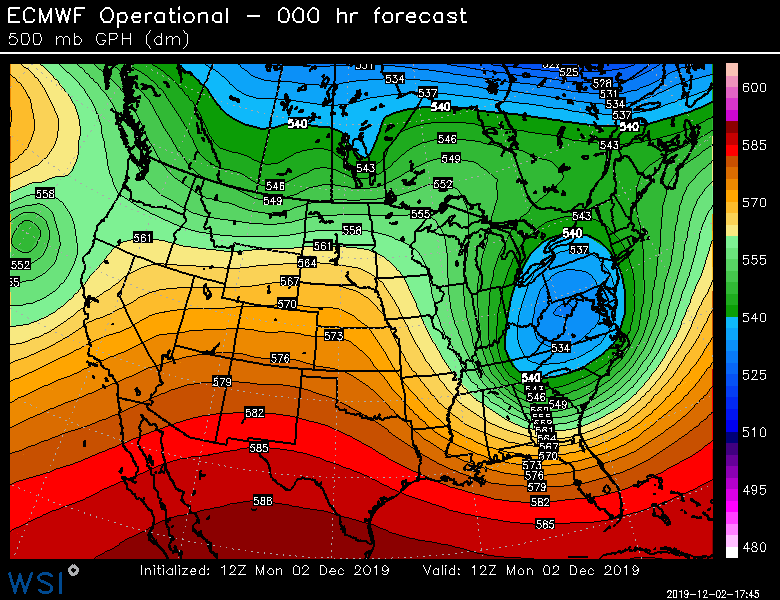 With the start of December, we close the books on November and meteorological fall.  It was a wild ride as incredible warm dominated the headlines well into October.  Heat was at record levels for the opening days October but the pattern took a chilly turn as Halloween arrived.

At one point the warmest fall on record with over 80% of the days above average turned as November got underway.  A persistent cold pattern brought record cold by mid-month and ended as the 16th coldest November on record.  Fall fell from first to end 50th warmest. 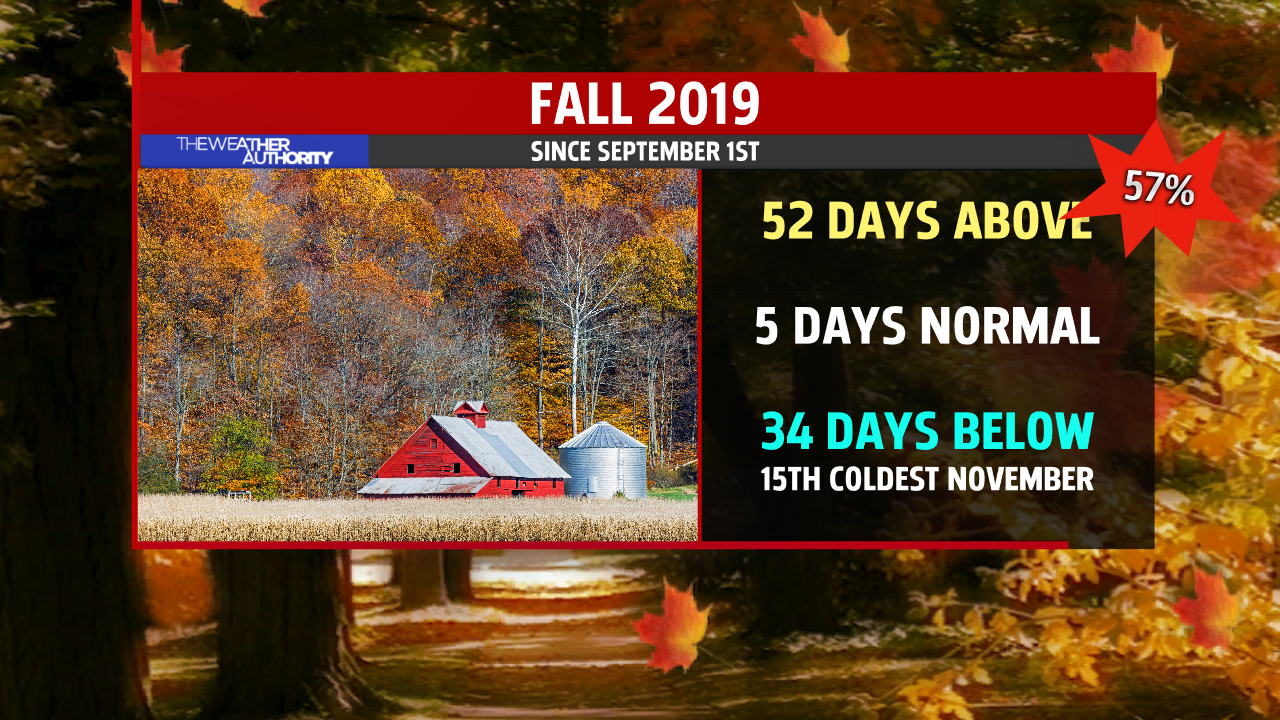 IN STORE FOR MORE?

December is off and running and the updated 30 day outlooks are in.  Though 46% of the continental U.S. is snow covered, most since these records began 16 years ago, a milder trend is getting under way. 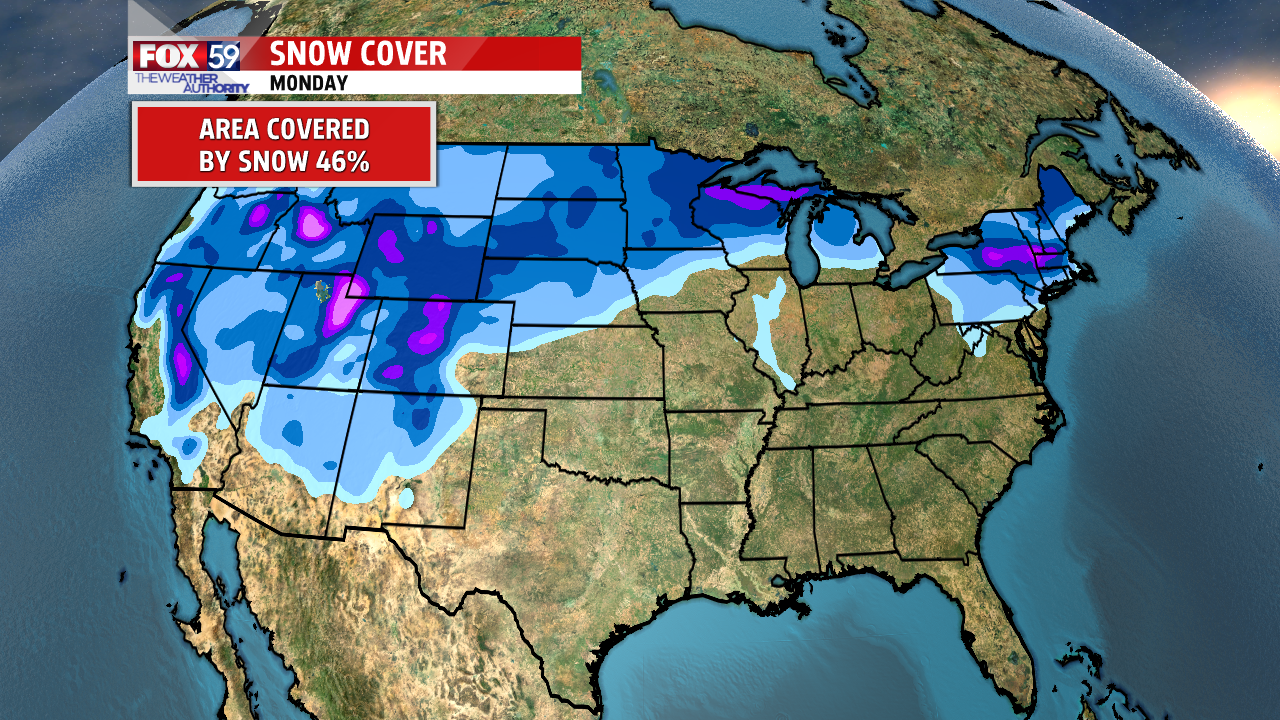 While the updated outlooks favors a higher probability of above normal temperatures and precipitation, the month could be taking a cold turn at or around the 12th of the month. 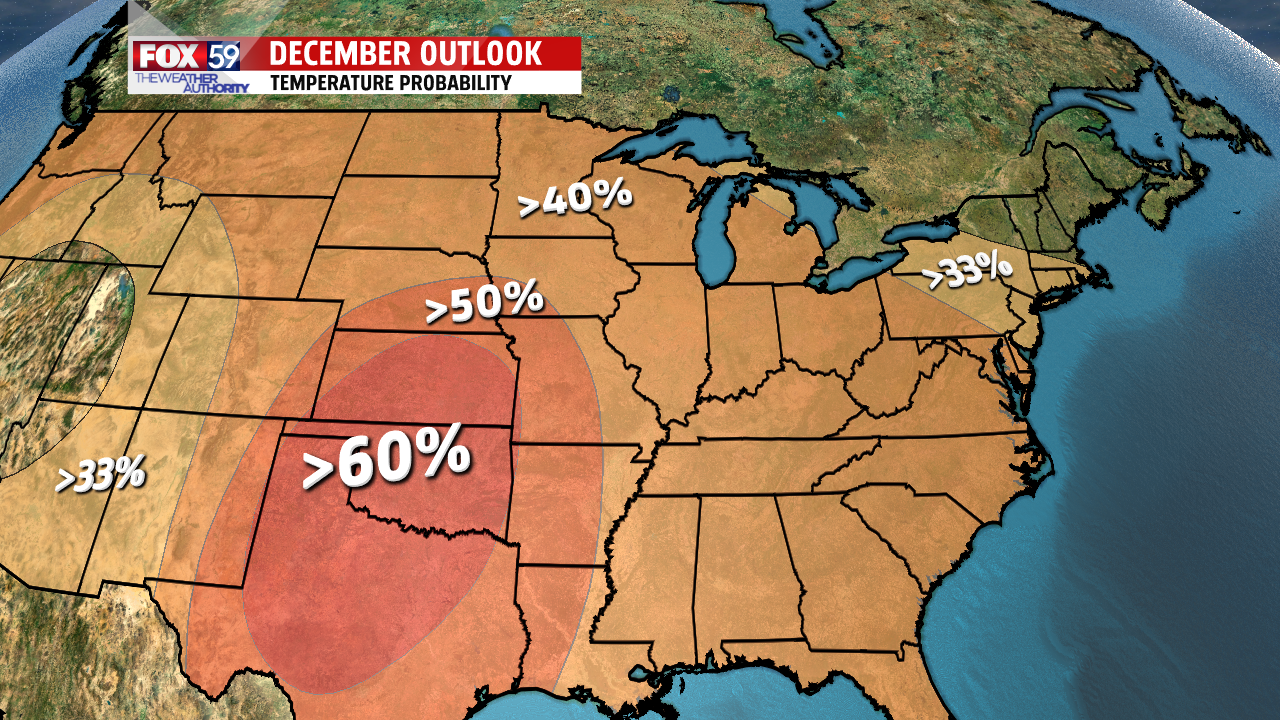 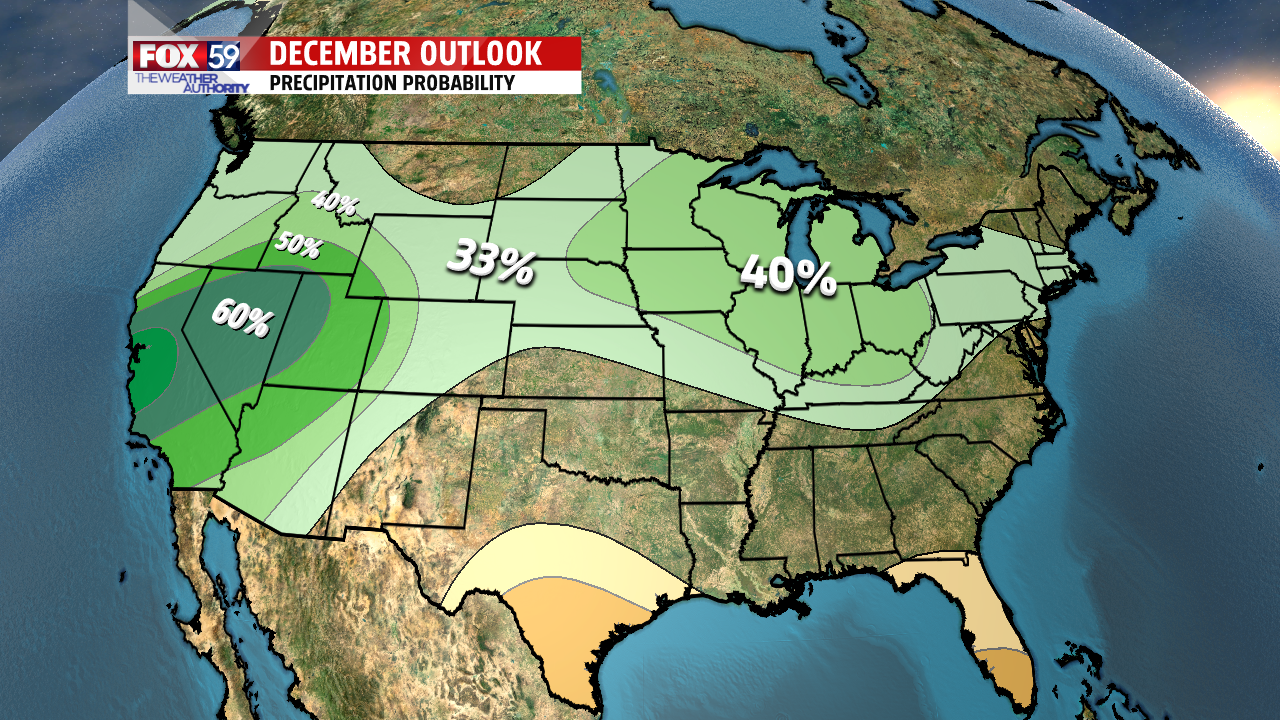 The polar branch of the jet stream is absent for now, meaning no real cold air is expected for now.  The overall, west to east flowing jet stream - refereed to as a 'zonal' flow is typically a sign of a milder days.  Most of the nation will not feel frigid weather until later next week.  We eluded to a shake up about mid-month last week and there are strong indications that could occur.  Stay tuned, colder and snowier conditions could be in the works, we will monitor trends. 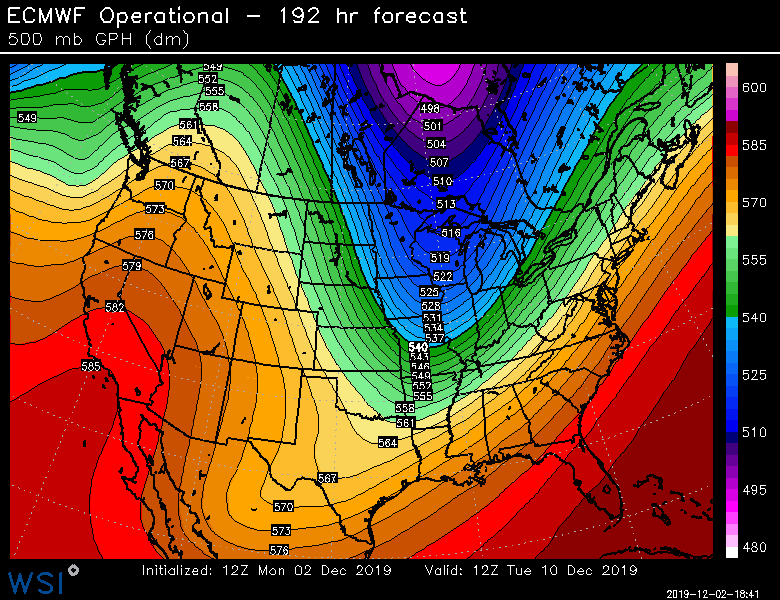 Snow showers are once again sliding across central Indiana once again late afternoon Friday, bringing temporary reduction in visibility along with a light coating of snow. The succession of "clipper" systems will end tonight paving the way to a very cold night.

The low pressures that impacted the area the past two days known as "clippers" derive their names from fast, sailing ships of the Atlantic in the mid/late 1800s. They quickly ride the jet stream and bring fast changes to our weather with a short duration or fast hitting spell of snow. These lows often produce lighter/fluffier snowfalls and rarely in most extreme cases produce much more than 6" snowfalls.