The months of June, July and August are considered ‘meteorological summer’ and for record keeping. Since June 1, 80% of the days have already been above normal – and summer 2018 has started as the 9th warmest on record as well. 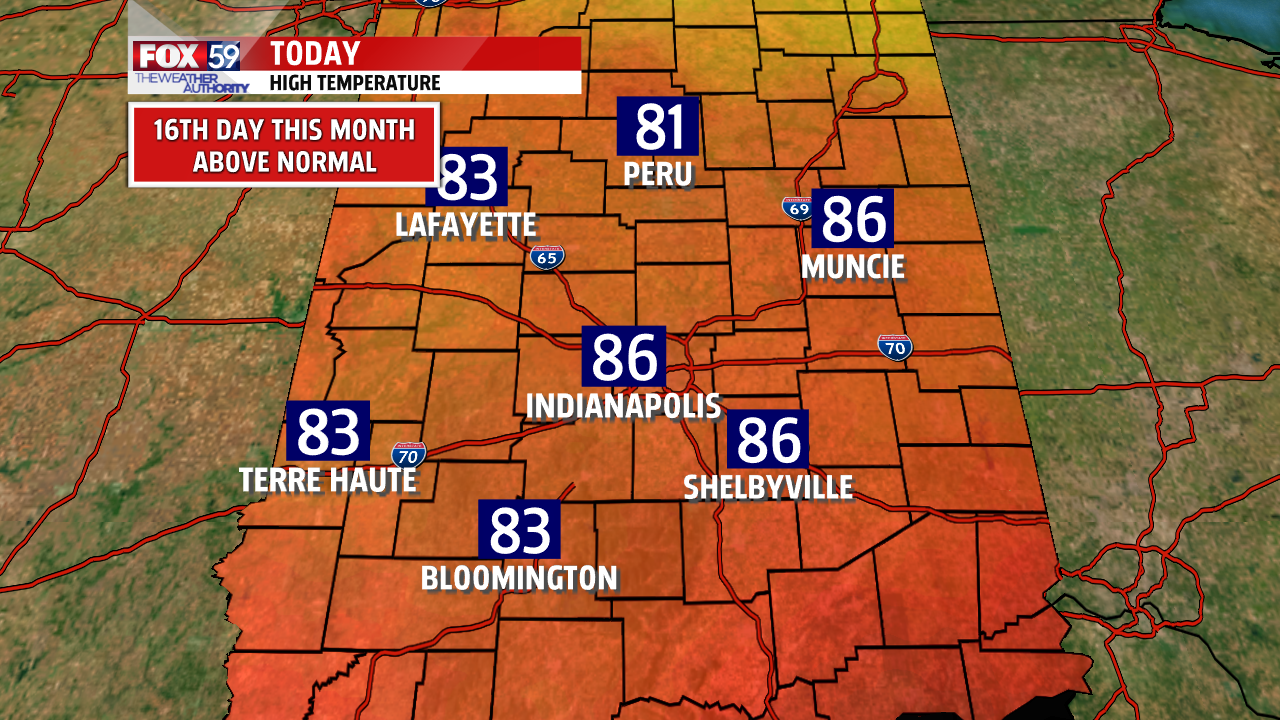 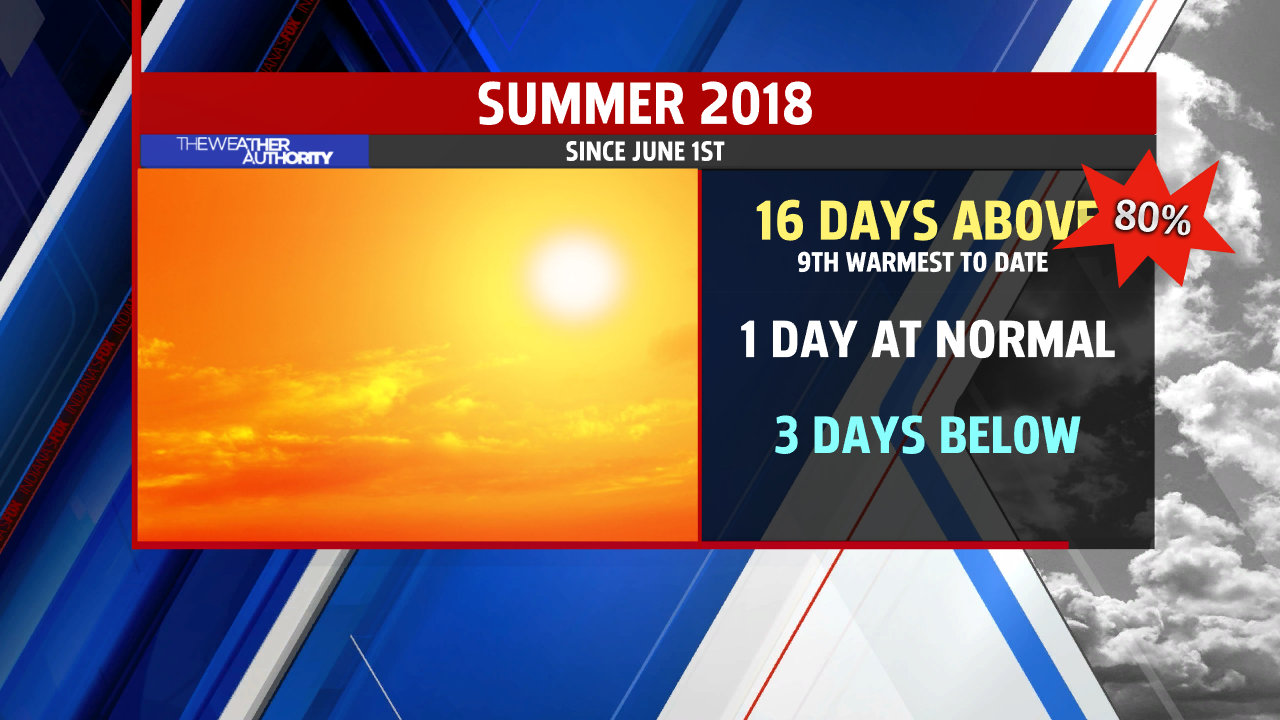 Summer officially begins Thursday at 6:07 am. That is the exact time when the most direct rays of the sun reach the Tropic of Cancer and signal the start of summer in the Northern Hemisphere. Days will begin to shorten the rest of the month. Since June 1, we’ve gained another 11 minutes of daylight.

Dew point temperatures remain quite high and will not really ease until late in the weekend. The high level humidity will add to the downpours that will increase in number as we make a turn toward the weekend. Locally, heavier rainfall is likely in and around thunderstorms Thursday and Friday due to the heavy, tropical air.

We captured this 37,000 foot thunderstorm over Nashville (Brown County) late Wednesday from our tower camera. Thunderstorms are increasing in coverage later tonight and into Thursday morning. 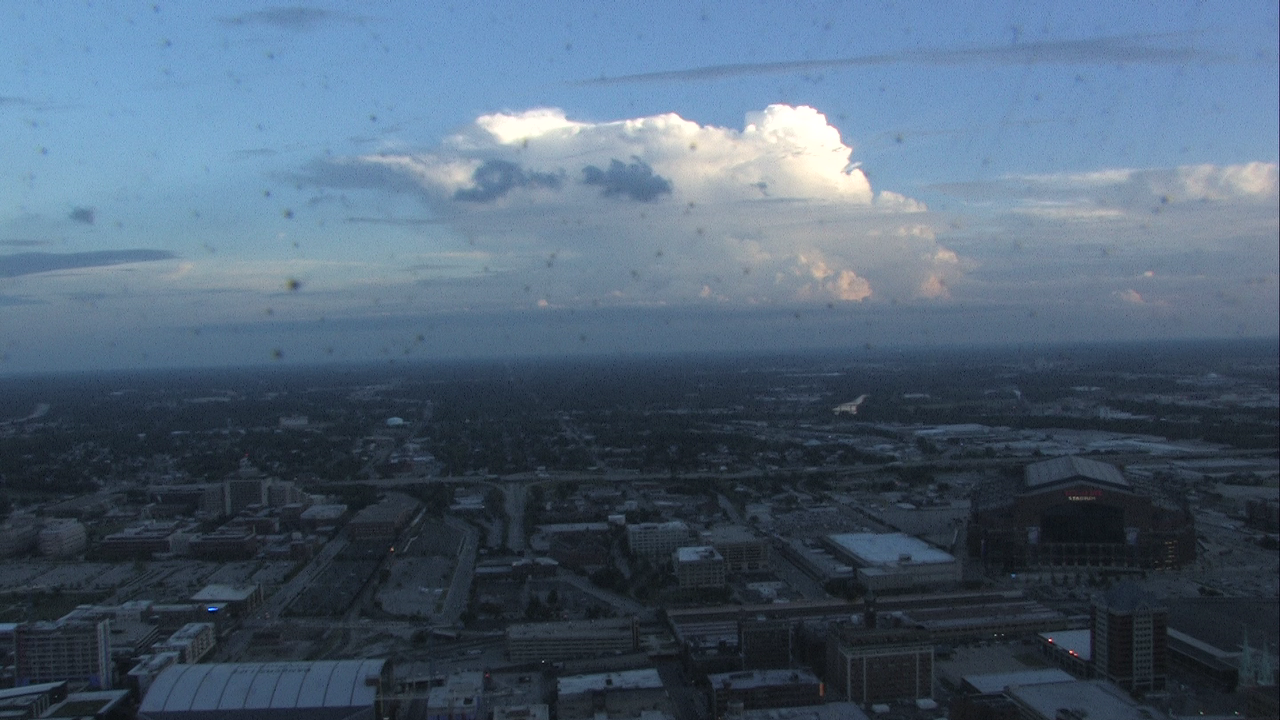 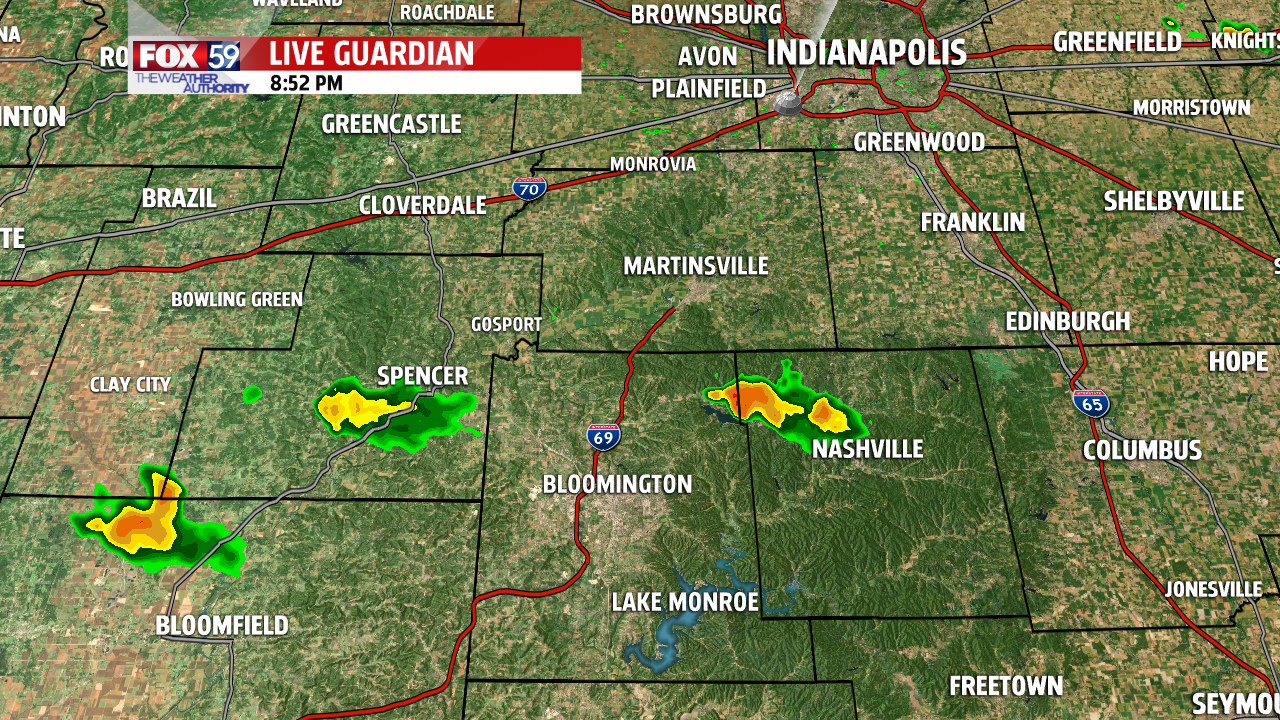 A stalled front will be the focus for several showers and thunderstorms the next two days. While a all-day rain isn’t expected, the rainfall coverage will reach nearly 60% areal coverage to end the work week. Showers will be increasing by sunrise and climb to 60% coverage as early as noon and most of the afternoon the rainfall will be at its peak Thursday. 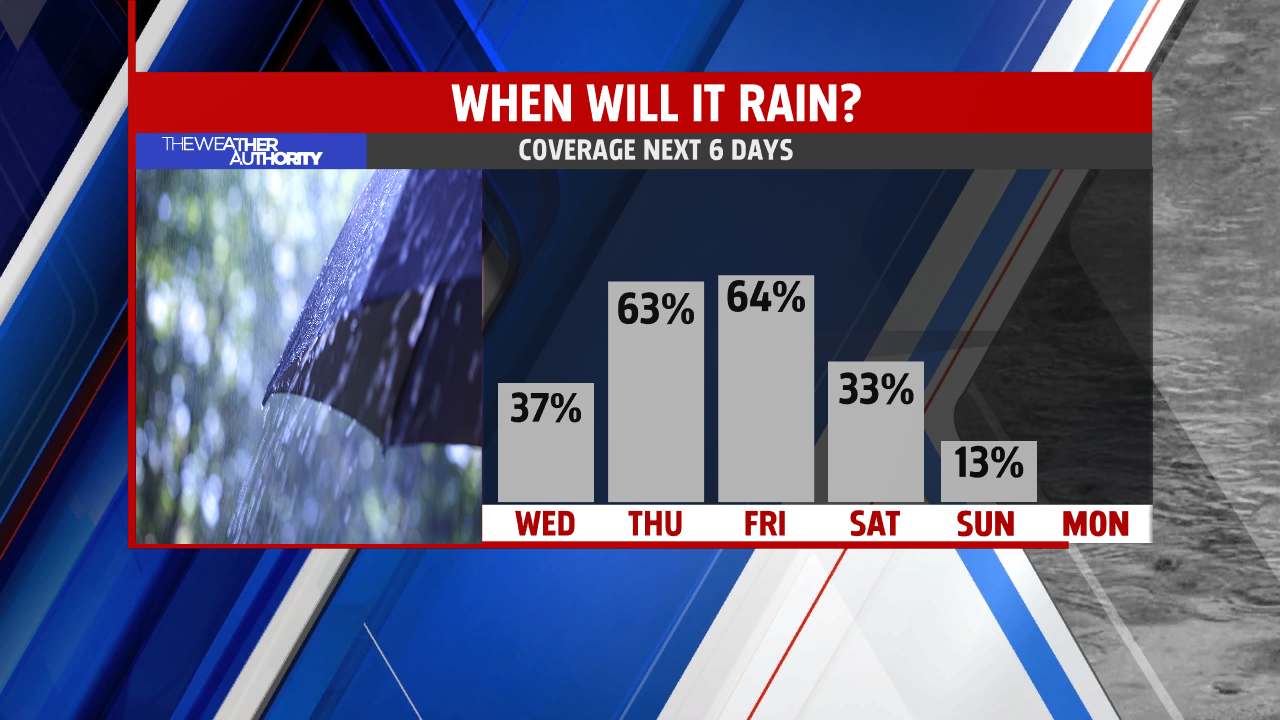 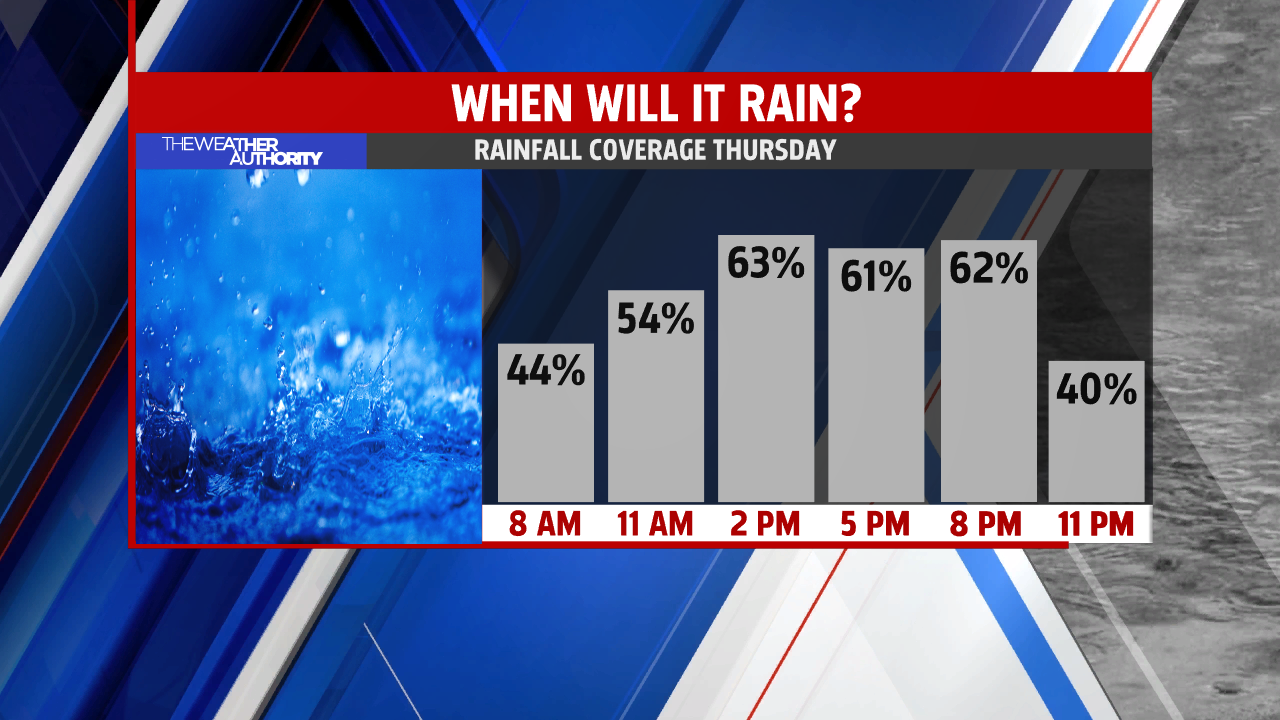 As the front finally settles south Saturday afternoon, humidity will lower and so will the threat of rainfall. There will be improvements for the weekend and by Sunday night the air will become much less humid. 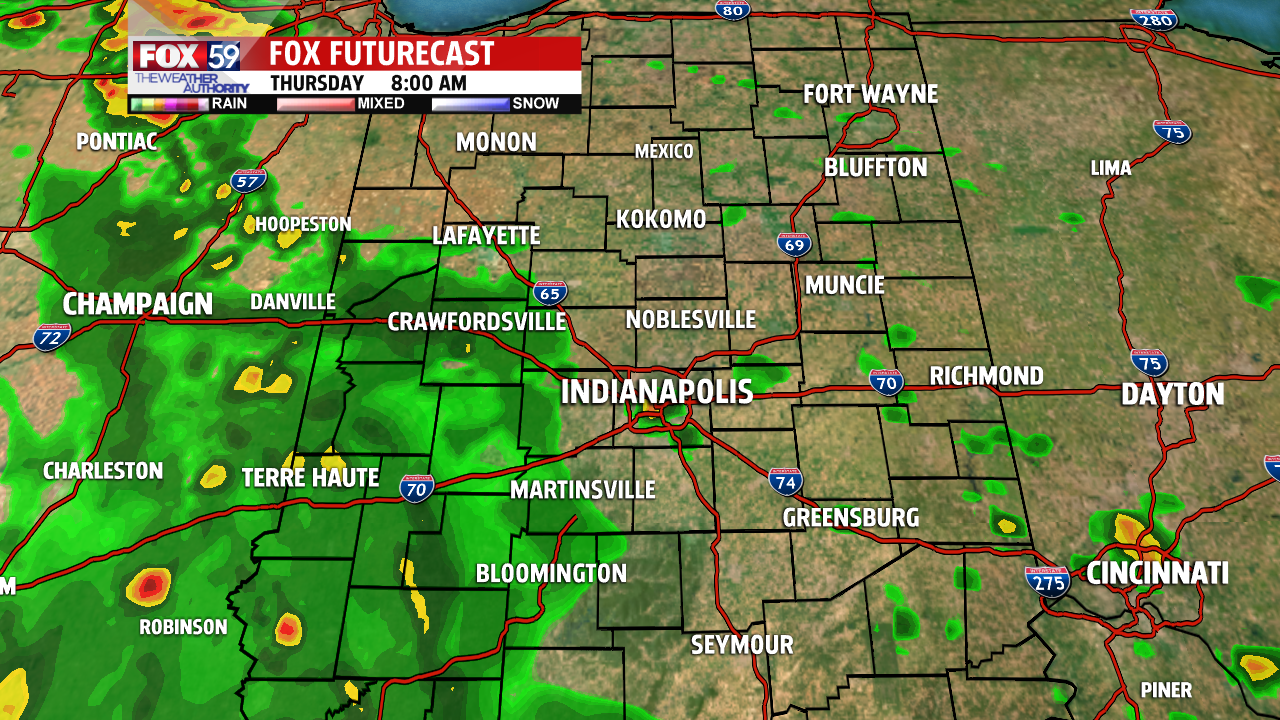 There will be a refreshing feel in the air by early Monday morning but strong indications of a return to heat and humidity are in the works next week. The resurgent Hot Dome will reestablish itself bringing another round of 90-degree heat. 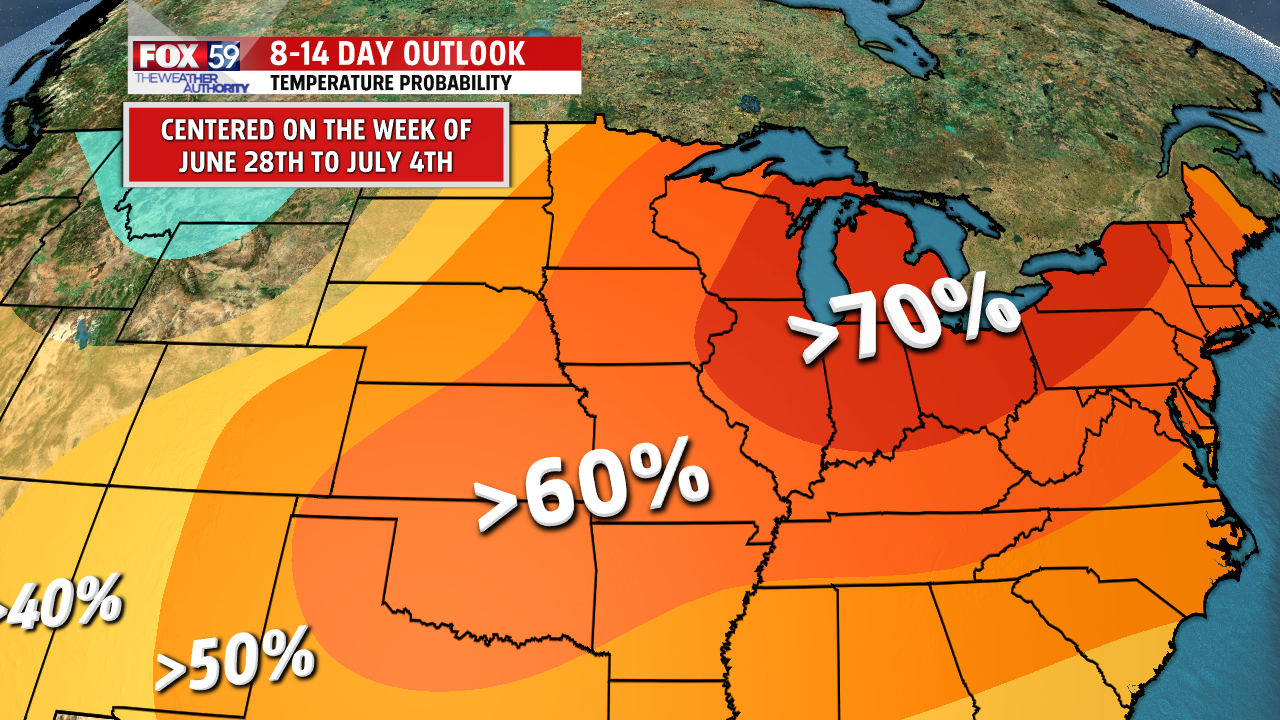 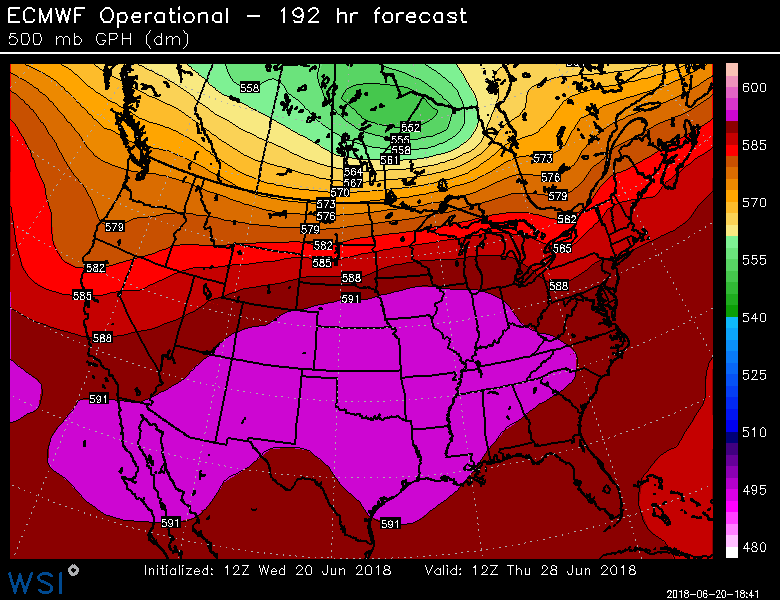 In just 4 years, those in Indianapolis will have the opportunity to gaze their sights upon an a spectacle that won't have taken place in the city for 819 years! We're talking about a total solar eclipse. Just a few years ago, many were scrambling to find safety gear in order to be able to watch a partial eclipse that passed through the area. The day ended up being a let down for many as clouds blocked the view the experience of a partial eclipse and a total eclipse are vastly different anyway.

The total eclipse will be visible in Mexico, the central US and east Canada, with a partial eclipse visible across North and Central America.

Overnight storms weakened before reaching downtown, after producing large hail in northern Indiana and throughout the Great Lakes Region. For now, dry weather is holding and mild conditions will, yet again, start another incredible morning.

Plenty of sunshine on the way (again) today and our third day in a row of 70s or warmer. Highs today will near 80° by 4:00 pm, as dry weather holds through the early evening. ENJOY today's weather, as colder air arrives overnight!

It has been six months since the official high temperature reached 79-degrees in Indianapolis. Tuesday was the warmest of the year and the warmest April 7 in 19 years. Several area thermometers touched and surpassed the 80-degree mark, for Bedford in Lawrence County, this was the third time this year.