A couple spotty showers moved over the Indianapolis area last night, but most of the rain fell over the northern tier of the state. The storm system associated with a slow-moving cold front has brought 1” to 3” of rain over northern Indiana within the last 24 hours. It prompted the National Weather Service to issue Flash Flood Warnings Friday night and early Saturday morning. 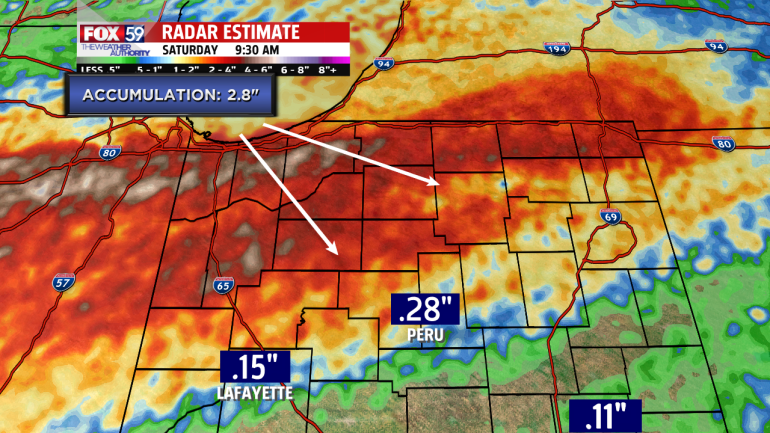 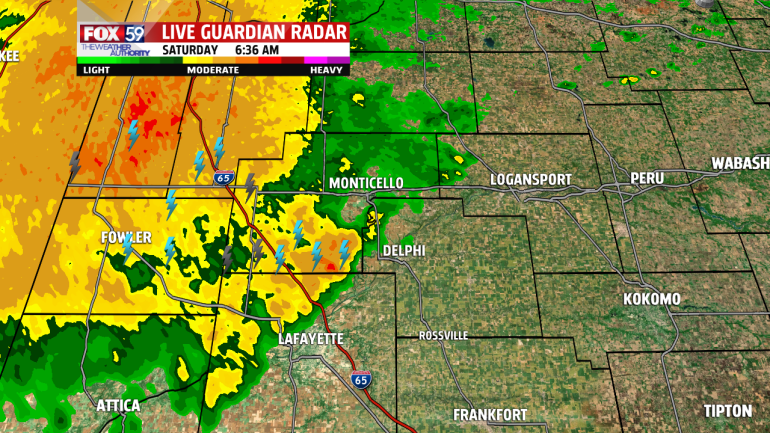 The Indianapolis Airport did not receive any measurable rainfall with the system. We really need the rain in Indy and points south of the city. Abnormally dry conditions are resulting in burn bans for some of our southern counties. 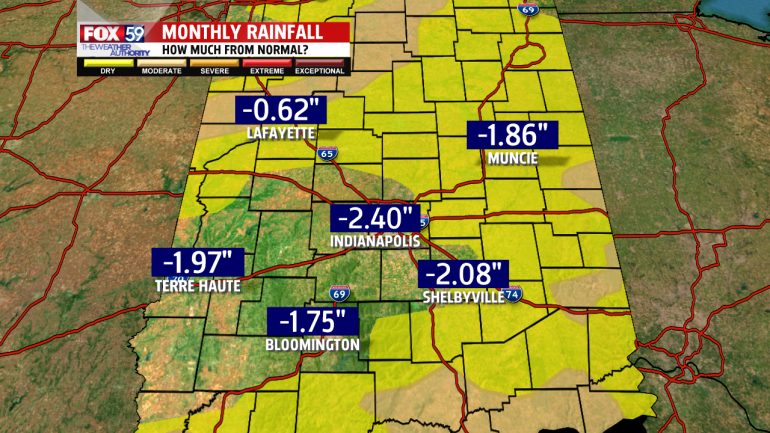 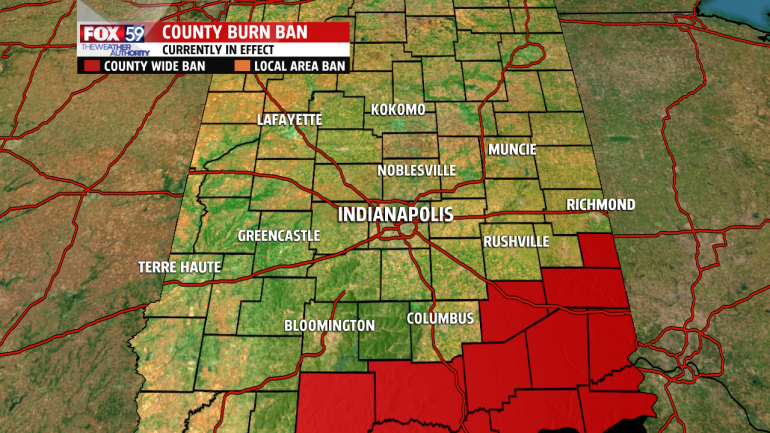 There were some showers and thunderstorms near Lafayette, Monticello and Attica this Saturday morning. Even though most of the activity fell north of the Indy metro, a weak boundary formed from the “rain-cooled air” aloft and brought a very cool cloud formation for Hendricks/ Boone counties. It is known as an undular bore cloud, or roll cloud. There were reports of gusty winds along the strange-looking cloud as it approached Marion County. The photo below was captured by Megan DeLucenay. 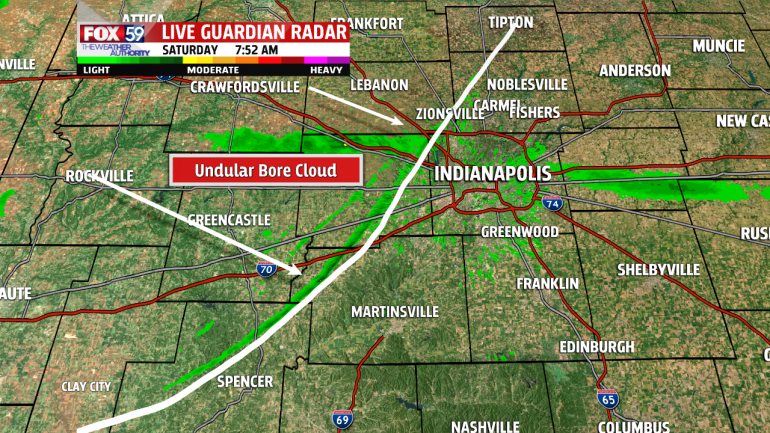 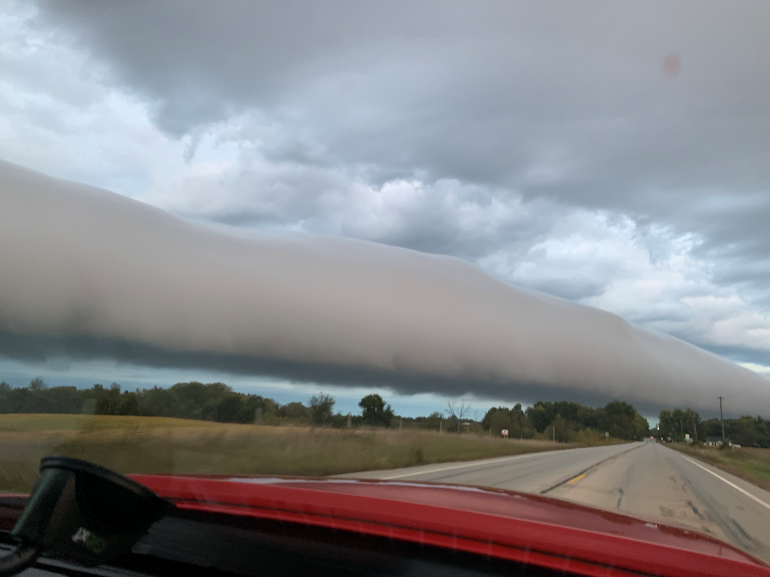 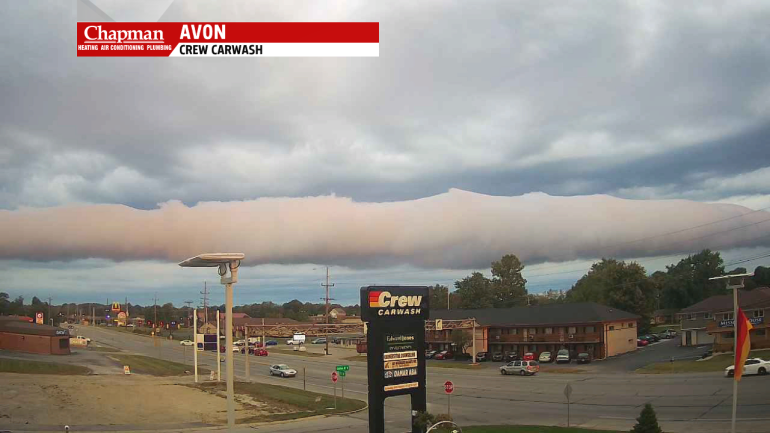 A random shower is possible today, mostly over the northern half of Indiana. The cold front should stall out over northern Indiana, which is why there is still a slim chance for a shower this afternoon and early Sunday. There will be a large spread of temperatures this afternoon due to the nearby system and cloud cover. Highs will struggle to rise into the lower 80s near Lafayette, Peru and Muncie. Indianapolis still has a chance for mid-80s today with the help of southerly winds and breaks in the clouds. Upper 80s are even possible for communities in southern Indiana. 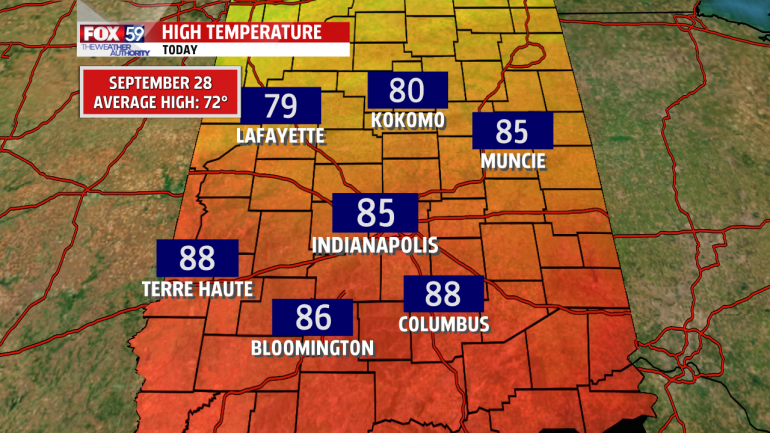 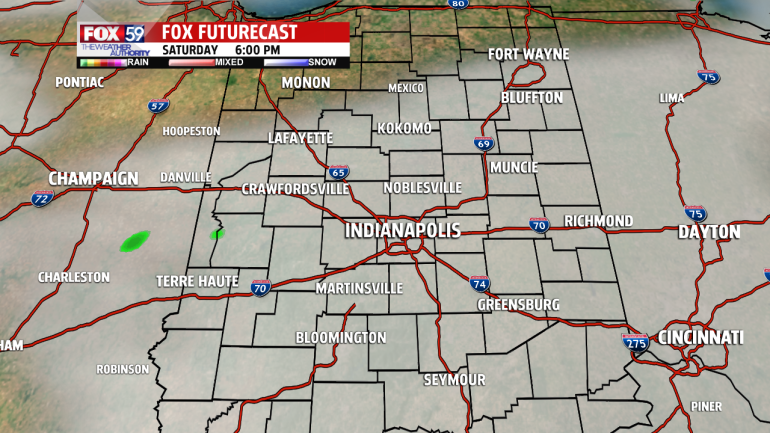 Rain chances look very isolated Sunday with another dry, warm stretch on the way early next week! We will open October with potentially record-breaking heat in Indianapolis. Highs are expected to rise or exceed the 90°-mark Monday through Wednesday with the help from dry soils, sunshine and southerly winds. 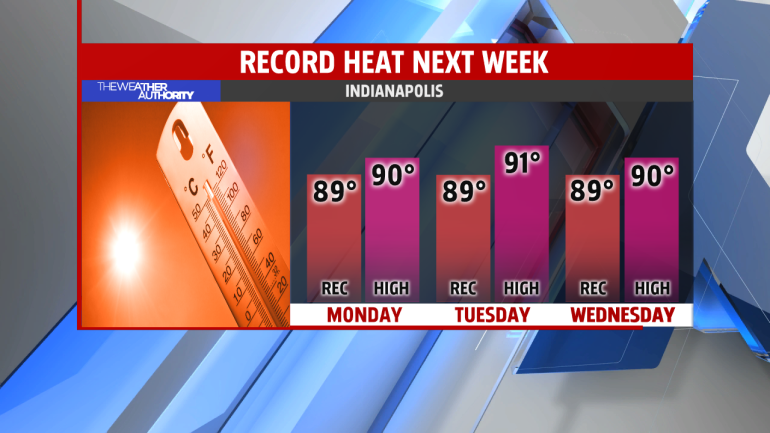 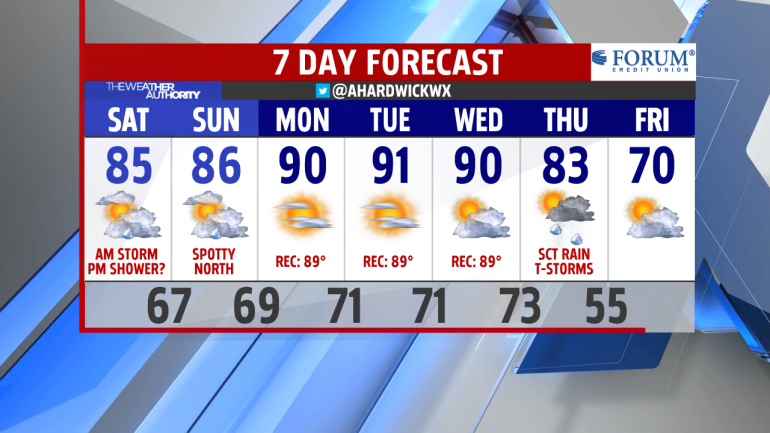 The Winter Weather Advisory that was in effect for south-central Indiana was canceled around 1 a.m. Most of the activity stayed south of the FOX59 viewing area overnight.

Since there was light snowfall over the southern tier of the state last night, there still could be a few slick areas for those travel south of Indianapolis this morning.

Was that the most convenient snow ever? On-again-off-again snowfall through the weekend amounted to nearly 3" officially in Indianapolis, more than half the seasonal total, and you probably never had to shovel.

The upper-low is moving on late Monday, and the snow that came along with it is departing. Sunshine started to break through late day, a real rarity this month. Sunshine has been on hiatus this January, as we drag on as the cloudiest January here since 2005. To date, we've only had 12% possible sunshine -- 40% is normal. What a dreary month.

Flurries are possible today; system to impact southern half of state tonight

Light snow showers traveled over the state last night and left a coating on sidewalks and streets. Watch for slick spots on untreated surfaces this morning!

You will want to give yourself a few extra minutes to warm up cars and dust off the light snow that may have accumulated on vehicles overnight. Temperatures this morning have dipped down into the mid-20s with wind chills in the teens at times.