It was the warmest in central Indiana in over two weeks but it feels-like it is 30-degrees colder for the evening commute.  Cold air is sweeping into the state behind a departing storm.  We were on the warm side of this storm and the bulk of the precipitation has fallen as rain.  A period of light freezing drizzle and flurries will linger through 10 pm then flurries will likely be the only remaining precipitation though rest of the night.

Rainfall was impressive and the most in a single day since New Year’s eve, some locations including Indianapolis received over 1″.  The 1.15″ for the city was a record setter, breaking the record for the date set in 1950.

Standing/high water will freeze and become icy while some slick spots are possible, the colder air will dry things out through the night.  Be aware that some untreated walk ways and secondary roads could get slick.  Temperatures are expected to fall back into the teens early Thursday morning. 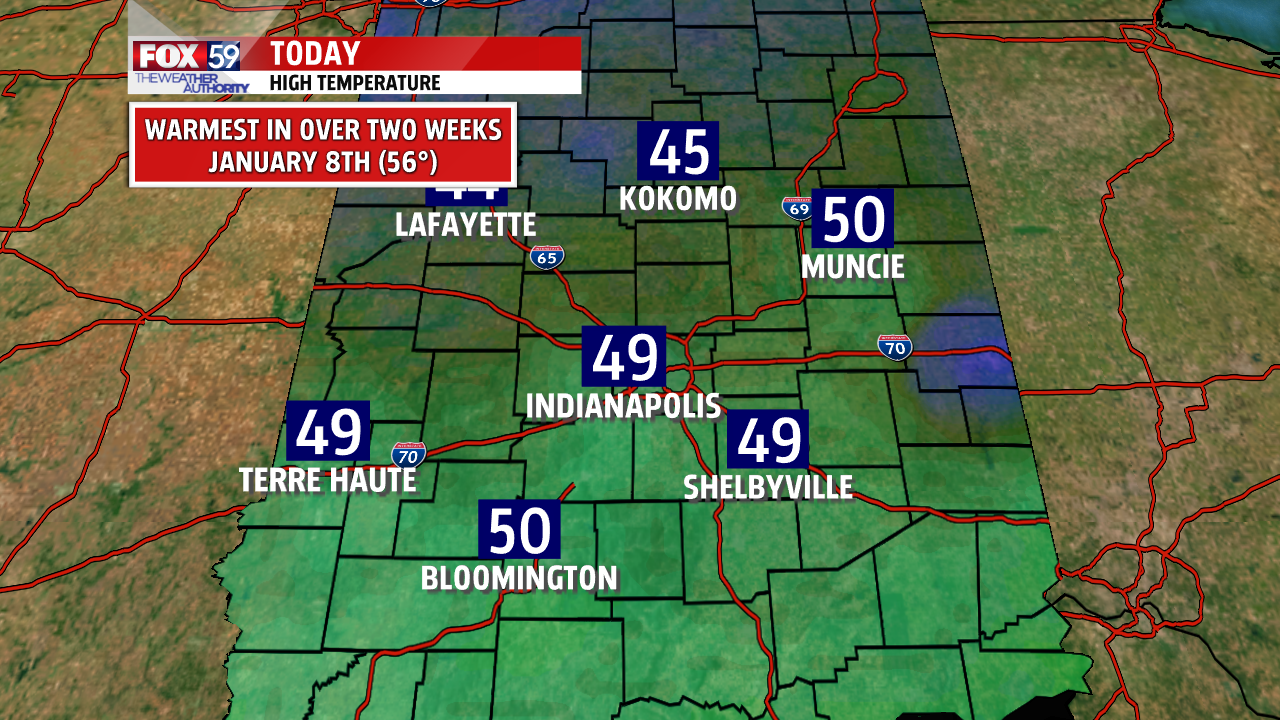 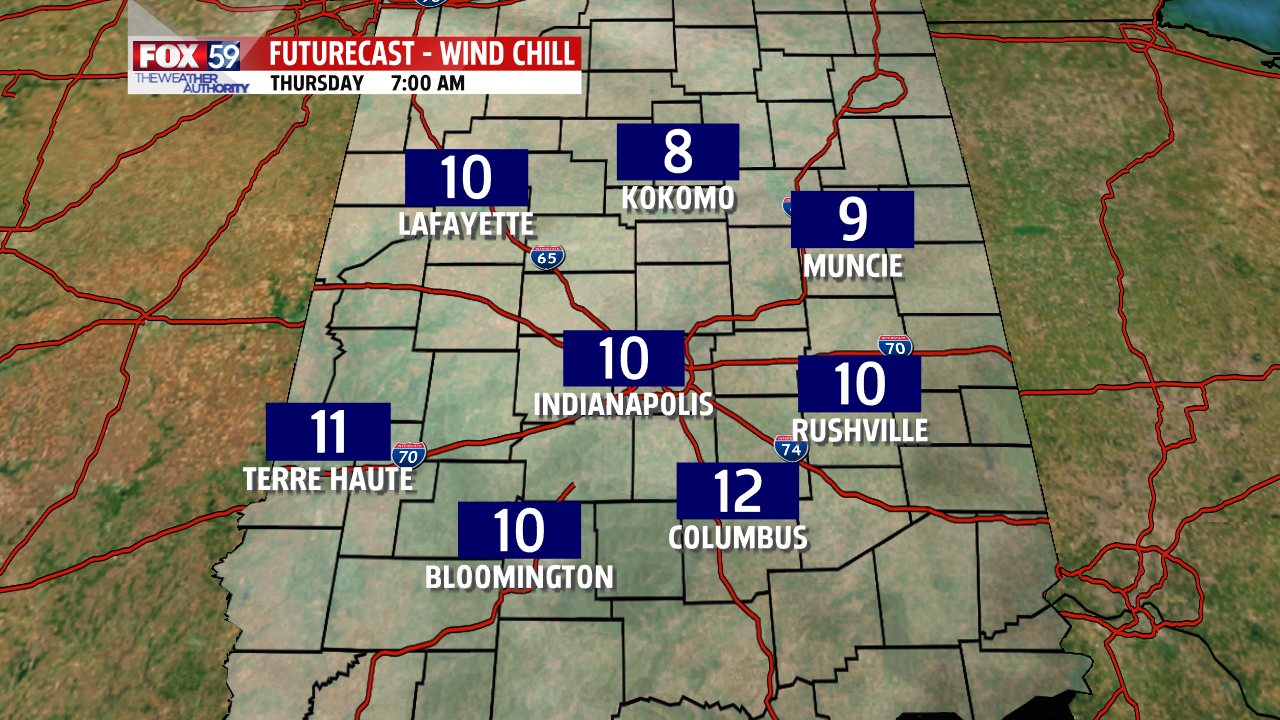 While its turning colder, real arctic air is gathering again near the U.S. and Canadian border.  A series of arctic cold fronts will descend into Indiana and the eastern half of the nation over the coming two weeks.  We’ve Identified three here in the next seven days, the third could be the coldest and most bitter.

The first arctic t front will pass later Thursday afternoon and evening kicking up winds and cranking out a few snow showers.  The blast of cold will send temperatures tumbling int the single digits by early Friday morning and also combine to produce very dangerously low ind chills of -5° to -15° Friday morning.  Wind-chill advisories may be needed.  We will keep you posted. 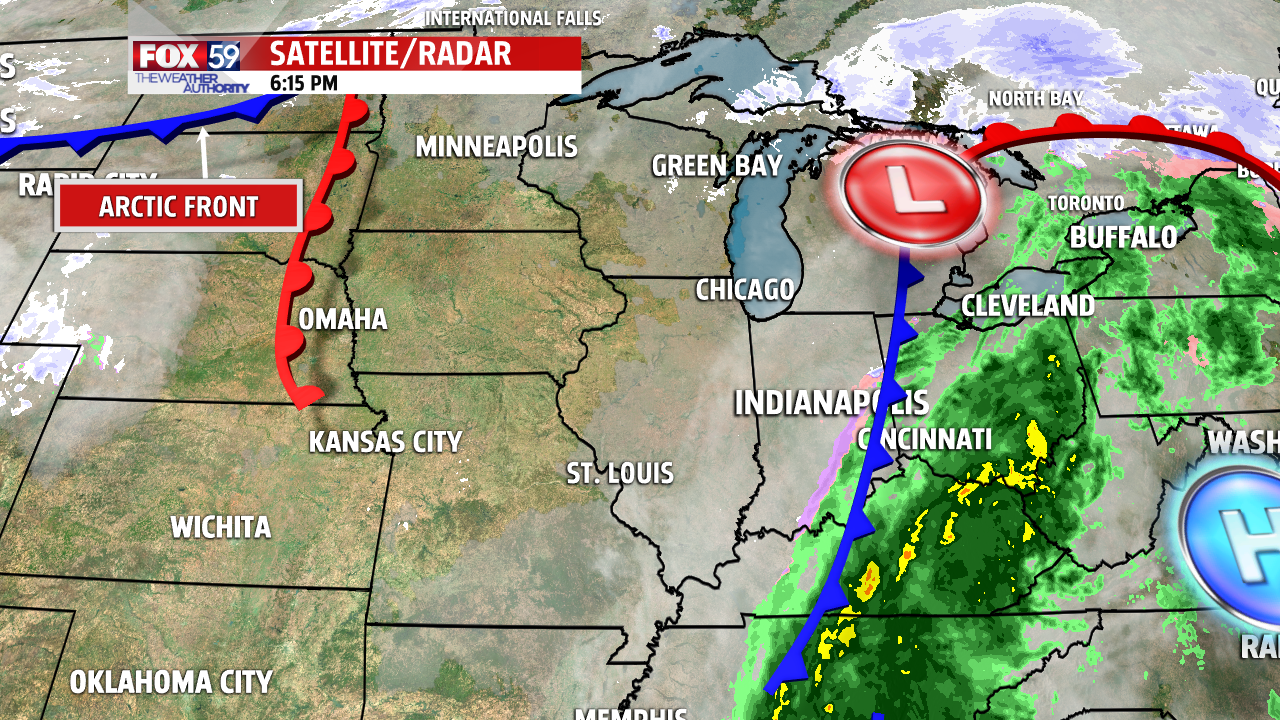 SNOW WILL COME – CLIPPERS DIVE IN

While not greatly identified by machines, the polar branch of the jet stream has turned active and will carry waves of energy (low pressures) with it in regular intervals.  The first spreads snow into the state late Friday and overnight into Saturday morning.   These lows are called “clippers” – fast moving low pressures (given the name after swift ships that sailed the Atlantic ocean) that dive in from the Canadian Prairie Providences of Alberta and Manitoba, hence the name a “Alberta Clipper”.

They are moisture starved but can create snows of 3″ to 8″ on the high end and snows  that are light and fluffy.  The stripe of snow usually follows an upper level low as well, leaving it a rather difficult stripe of snow to locate.  At this time that stripe of snow target central Illinois and Indiana Friday night.  Amounts are still to be determined.  We will have more information later tonight and Thursday. 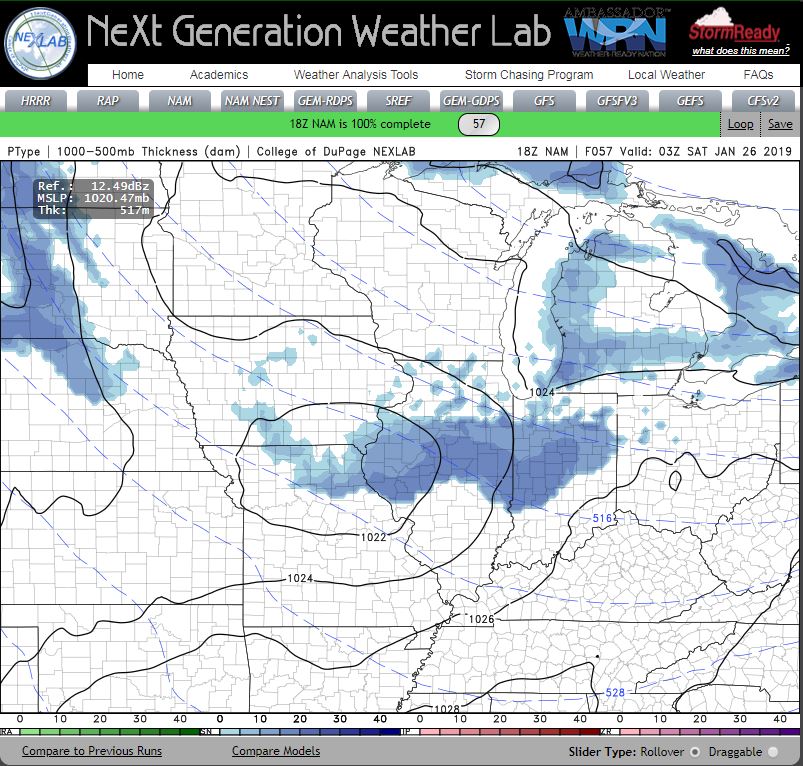 Additional lows are possible Sunday and even a stronger low Monday before bigger blast of cold hits next week.  A chunk of the of dreaded Polar Vortex could settle into the Midwest next week.  Details to follow in the coming days, be sure to check back! 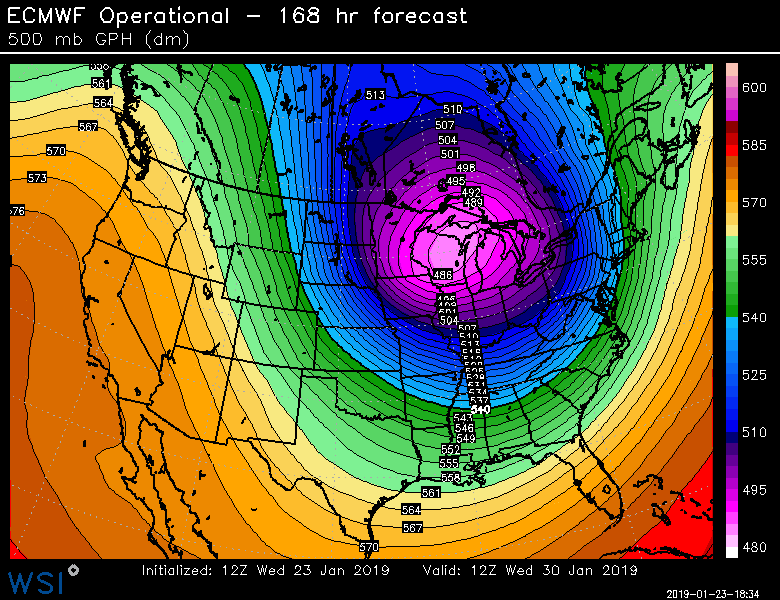 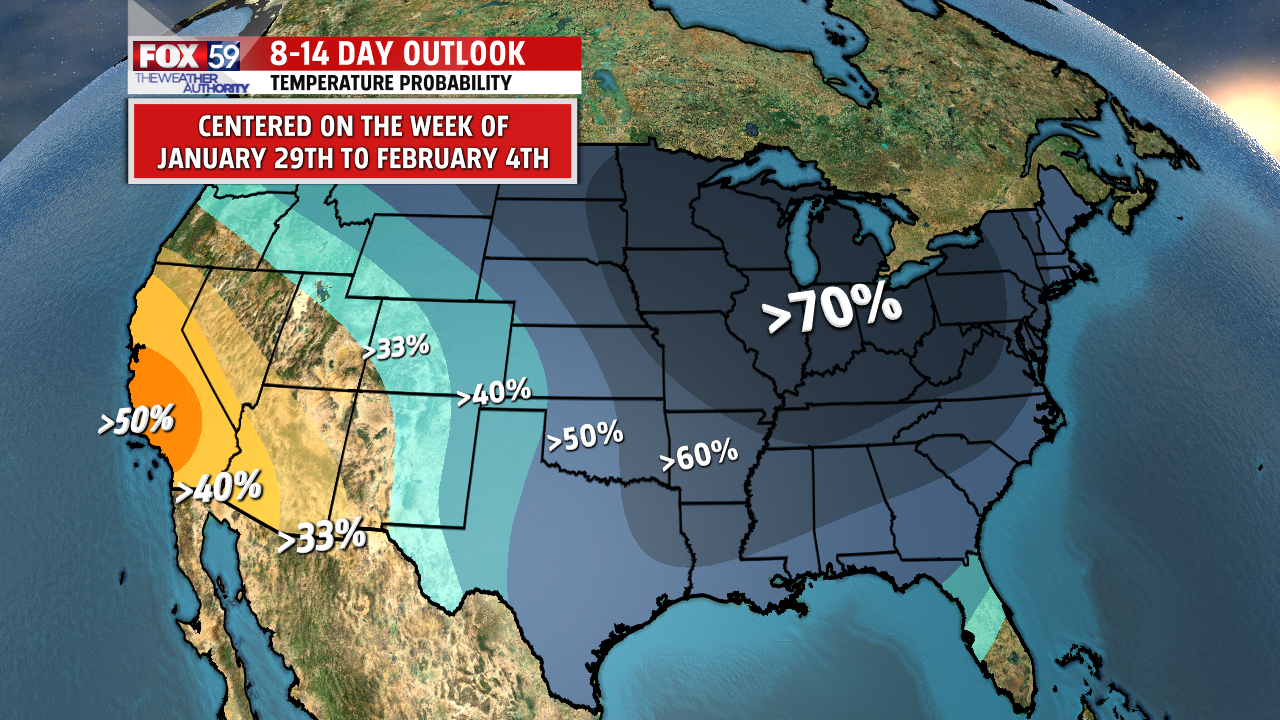 Ten of the past 12 days have produced at least a trace of rain in Indianapolis! Over one inch of rain fell for the fourth time in less than two weeks here.

The image below shows a rainfall and plot rainfall since midnight Thursday. Some locations in Jackson, Jennings and even Decatur counties reported local amounts of just over three inches.

Rain is back, steady in spots; brighter weekend ahead!

Remnants of Zeta and a low out west are driving our current rainmaker today! Rain will fall steadily through the day with amounts ranging between 1" to 3" before coming to an end after sunset.

The steadiest and heaviest will remain for areas south of I-70, no doubt, drought-busting rains. Along with the rain, a persistent northeast wind will keep the day chilly and raw, as temperatures hold in the middle to upper 40s.

Dry time will be coming to an end as new rains arrive. Later tonight, showers and eventually a steadier rain will begin in southern Indiana and spread north through the night. The northern flank of the rain will stall up north with a persistent rain falling Thursday morning area-wide.

Rainfall amounts are to be healthy and target a portion of the state that has been terribly dry. Along and south of I-70, rainfall totals could reach 2 inches, which is welcome news for areas like Bloomington and Shelbyville, where the deficit is still over 5 inches since mid-August.

Marion, Hamilton County officials urge voters not to return their ballot by mail

Trump officials end gray wolf protections across most of US

Halloween forecast: Will we be able to see the rare ‘blue moon?’