It has been three months since the temperature in Indianapolis was below 55-degrees.  The Tuesday morning low was the coolest since June 14th (47°) at 52°.  That is close to the average low for this time of the year but may have taken on a cooler feeling due to the extended spell of unseasonably warm weather we’ve recently experienced.

Many outlying areas did fall below 50-degrees with lows of 48°  at Crawfordsville and New Castle. 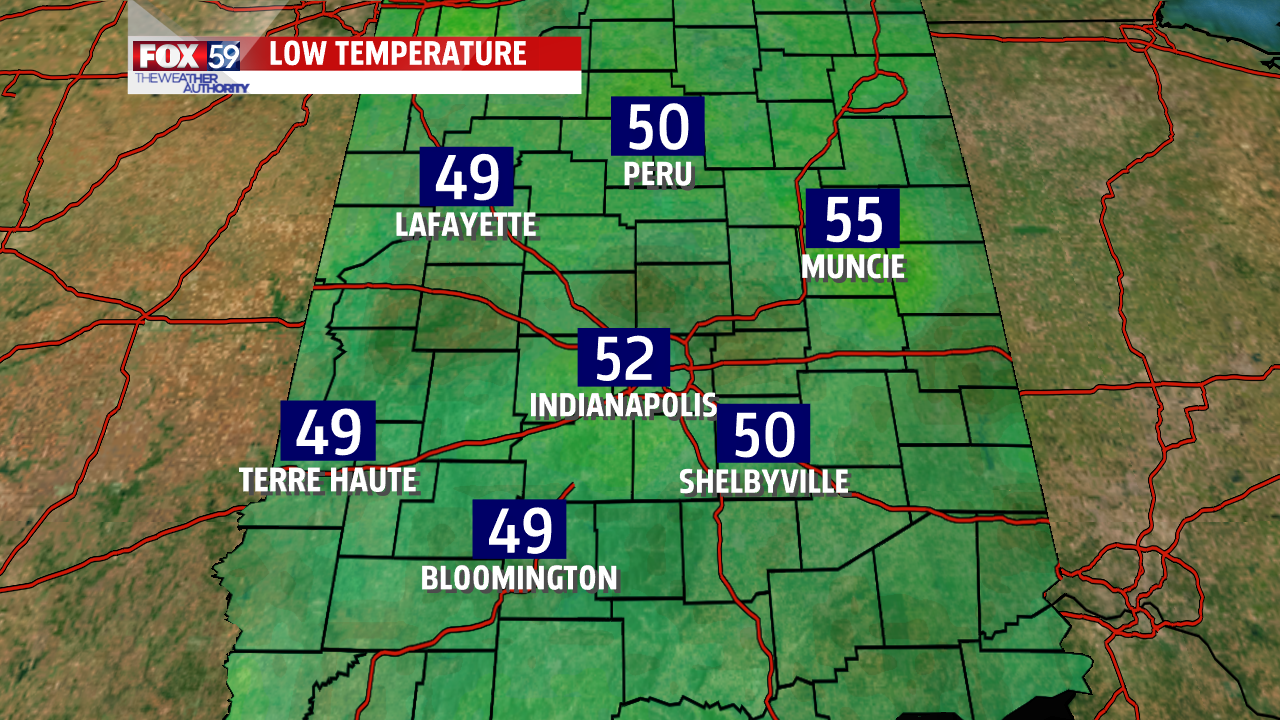 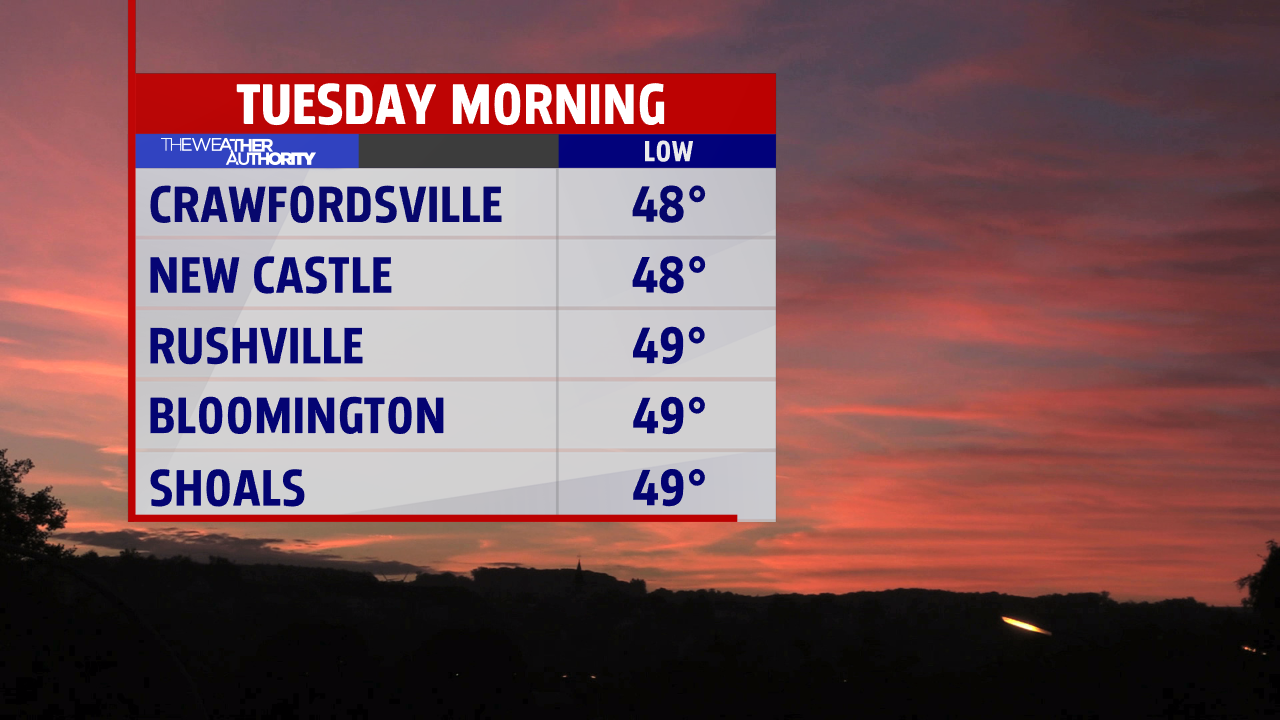 The first occurrence of a sub 50-degree low temperature is late this year, on average it falls on the 10th of September.  The earliest date came in 1895 on July 31st, while we went into the first week of October (6th)  of 1910.

There is no holding back the significant warm up that once again is in the works to close out the month and open October.  Off overnight Euro and U.S. long range forecasts, the upper-level high will be quite strong sitting over the southeast U.S. late in the weekend. 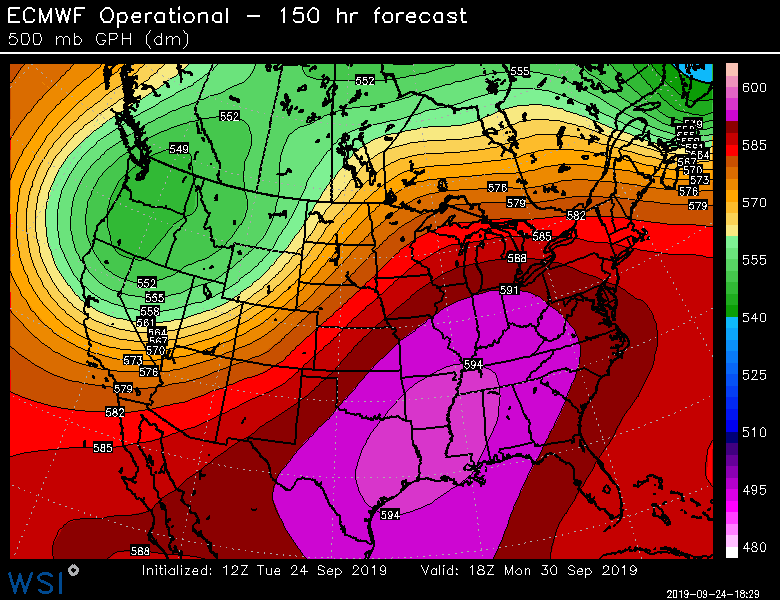 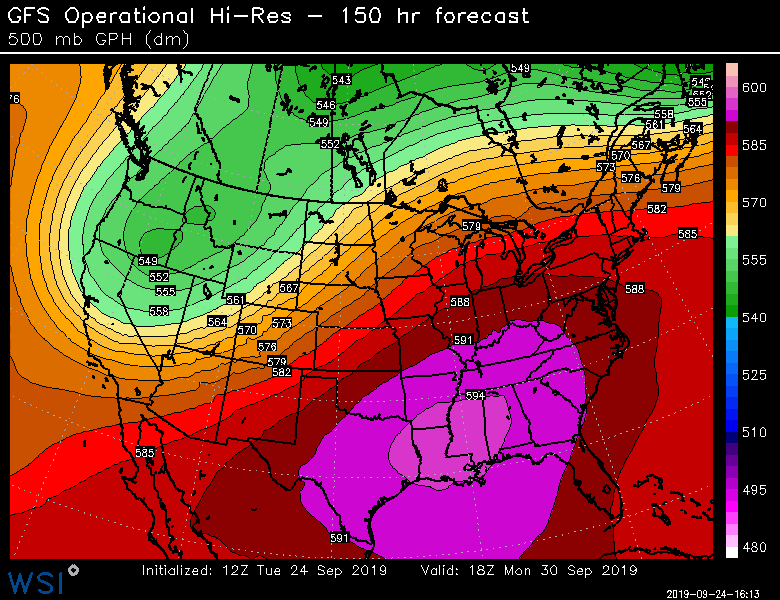 This could be very impressive heat for this time of the year.  Record level heat temperatures are a real possibility especially Monday and Tuesday when temperatures could top a whopping 20° above normal.  This is 90-degree high temperature territory and threatens record highs for the dates.  The record high for September 30th and October 1st is 89-degrees.

Only three October’s have produced a 90-degree day, most recently 2007 with two days.  There has only a total of four days on record reaching 90-degrees in the month of October with the two other dates in 1951 and 1954.  Could 2019 enter the record books?  Stay tuned. 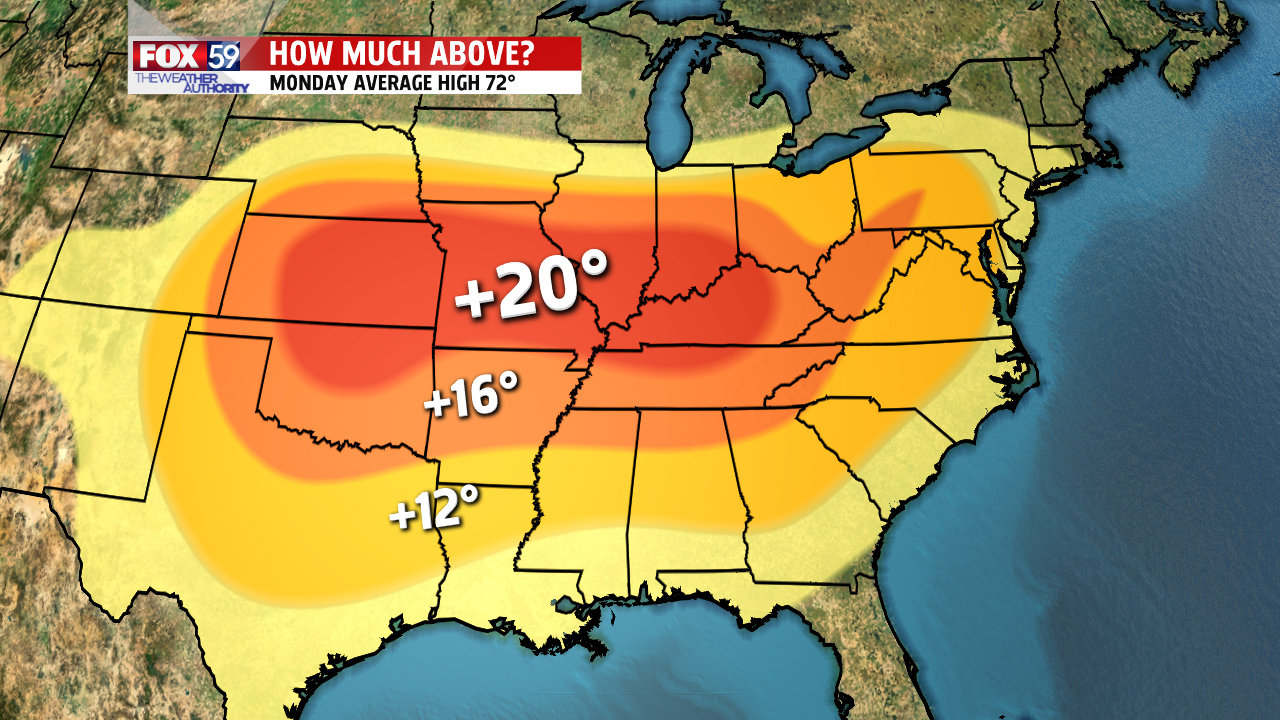 We broke the seven day stretch of 90° heat in Indianapolis yesterday when the high temperature climbed to 86°. Temperatures for today will likely fall short of 90° once again and there will be plenty of dry time in the day ahead! For those that have any outdoor plans, remember to apply and reapply sunblock! The UV Index is at a 10 (very high) today and sunburn may occur within 12 minutes without skin protection.

Storm chances are on the rise as we head into the evening hours. An upper level wave will contribute to the thunderstorm activity after 5 PM. At first, a few spotty showers and storms could fire up with the heat of the day with a more prominent line arriving after 9 PM. Any storms tonight may turn strong and potentially severe with the Slight Risk zone extending into Indiana’s westernmost counties.

After a long stretch of 90-degree heat, we are finishing off the work week with a slight cool-down. Indianapolis spent 7 consecutive days at 90° or above. 8 of the first 9 days reached the 90-degree threshold.

A cold front moved through Friday morning and afternoon. It triggered a few showers and thunderstorms but many stayed completely dry. Overall, this was not a big rain maker.