Millions across the U.S. are bracing for another, stronger push of arctic air. Record cold temperatures are possible with this surge of frigid air, and that includes central Indiana.

We luckily escape the weekend without feeling the extreme chill. However, temperatures will still be on the cool side and few degrees below average. Keep that in mind if you will be outside tailgating as the Colts host the Miami Dolphins. By the time the game ends, the winds will be shifting out of the northwest and temperatures will start to fall more quickly. Cloud coverage around will help keep some of the heat in at the surface at night, but they will have their work cut out for them 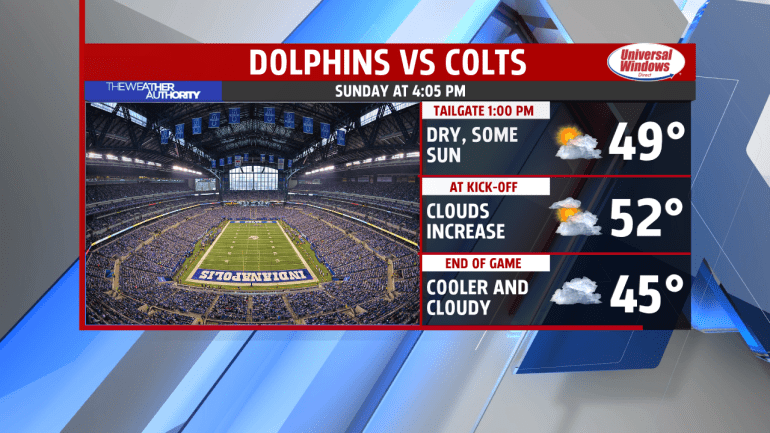 The high temperature on Monday will come at midnight, near 40 degrees, and the temperature will continue to fall throughout the day. The cold, heavy air will squeeze out any available moisture in the atmosphere as it moves into the state. By early Monday morning, parts of central Indiana will be seeing snow or rain that will change to snow as temperatures drop. 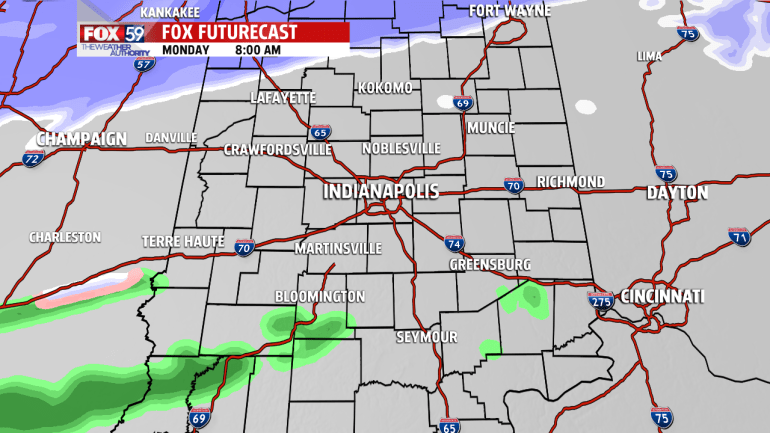 Snow and rain/snow chances become more widespread across the state closer to the lunch hour and clear out as we head into the evening. Accumulations of 1-2″ are possible. However, those that see more rain mixing in will have lighter overall snow totals. 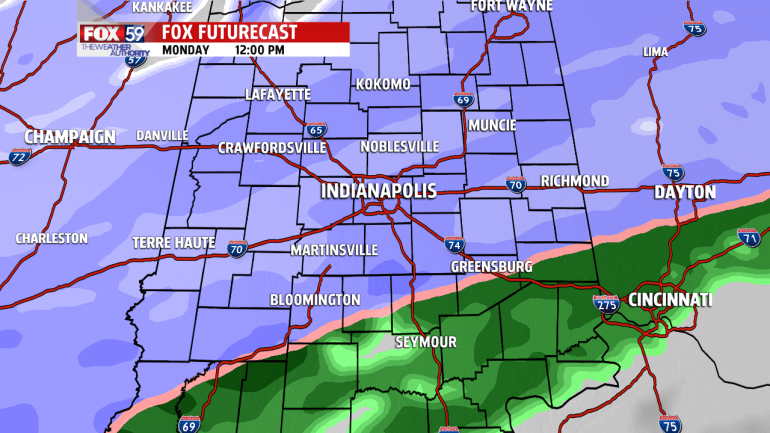 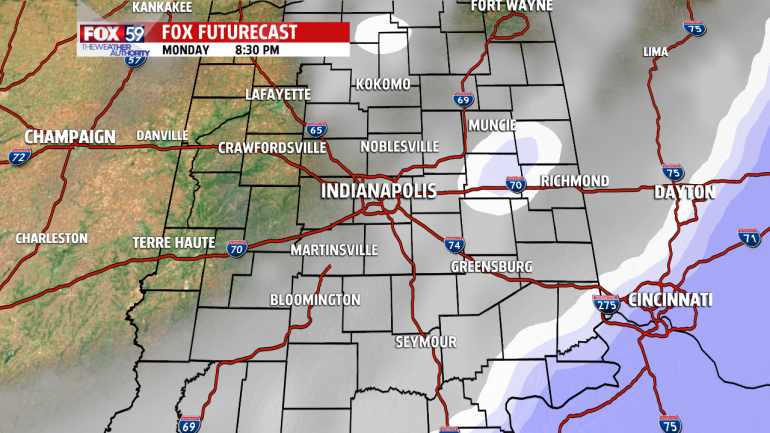 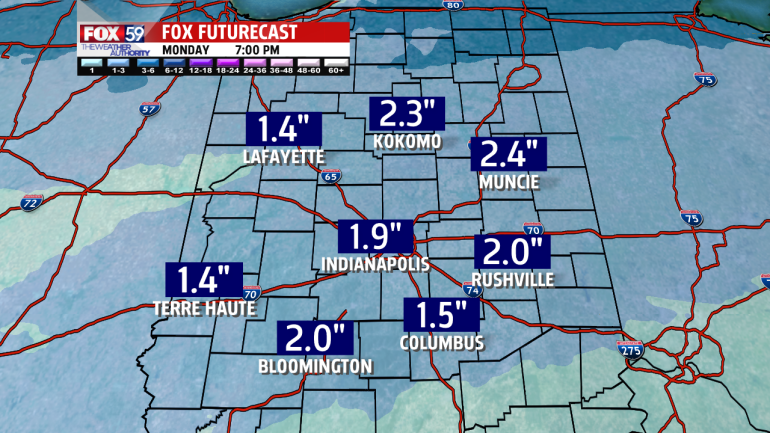 The snow disappearing doesn’t mean we’re out of the woods. Temperatures continue to plunge throughout Monday into early Tuesday morning. 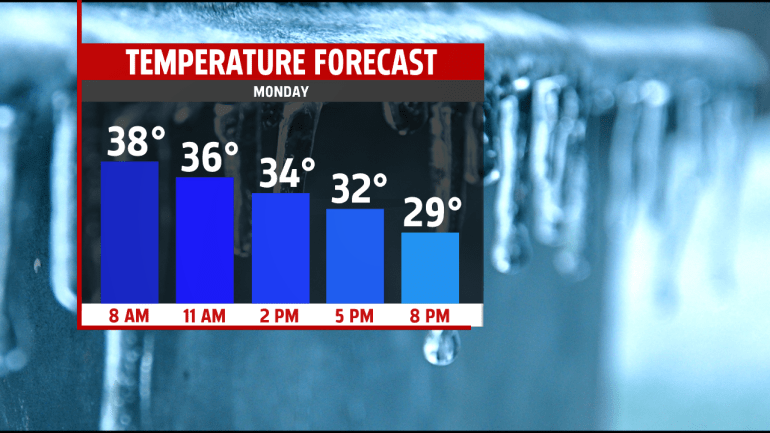 By early Tuesday, low temperature will be near the record low of 14°. They don’t rebound very well during the afternoon. Highs in the mid 20’s on Tuesday will be nearly 30-degrees below average for the day. It’s looking favorable that we won’t even reach the record low maximum for the day of 26°. A record set nearly a 100 years ago in 1920. 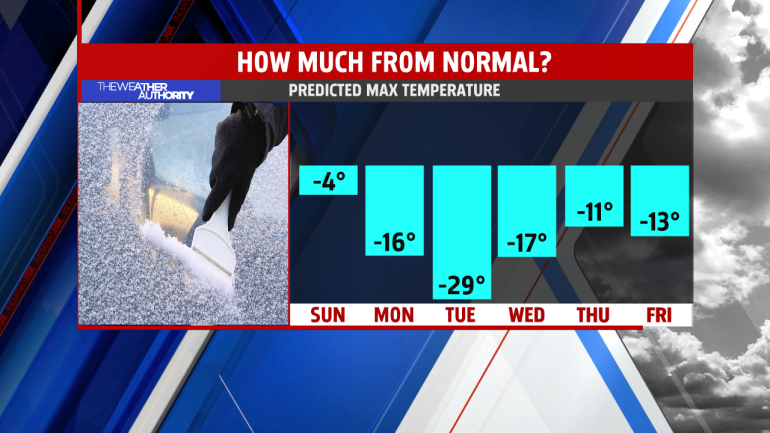 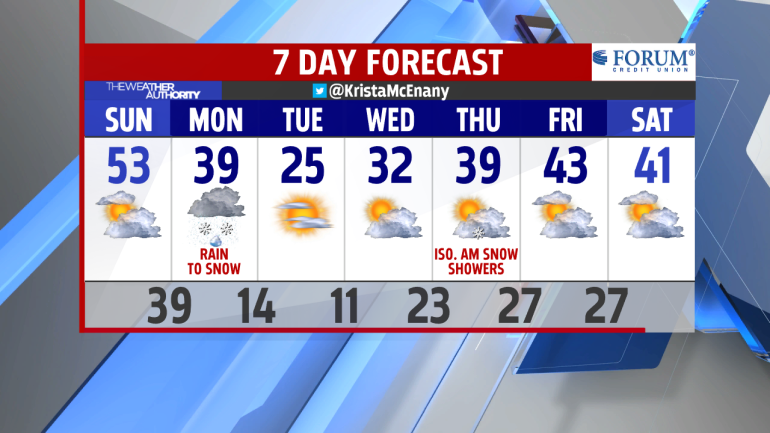 The department said 11-year-old Jessica Cruz and 7-year-old Sharai Correa were last seen around 12:45 p.m. Friday in Merrillville. They are believed to be in extreme danger.

NASHUA, N.H. (AP) — Christina Darling finally replaced her 2006 Chevrolet Equinox after it broke down several times while picking her children up from day care. But the 31-year-old mother of two was struggling to keep up with the car payments.

Brianne Walker desperately wanted to take her three children and two siblings camping for the first time but wasn't sure how she could pay for it. After all, she was behind on her rent, and day care and grocery costs were adding up.

INDIANAPOLIS, Ind.-- The number of COVID-19 patients in hospitals is climbing -- leading hospitals and other companies to reinforce their mask mandates.

“Today, we have 122 today in all of our hospitals combined,” said Dr. Paul Calkins, Associate Chief Medical Executive at IU Health. “7 days ago it was 78 and 7 days before that it was 70.”

Mask sales resurging after once fading

Person of interest detained as police investigate death on east side

Country music star leaves $1,000 tip for waitress working a double while caring for her daughter

Shots fired inside south side Walmart

FOX59 at Indiana State Fair opening day: What you can do for free, dates to remember

All options on table, including surgery, as Colts’ Carson Wentz deals with foot injury