Much needed rainfall is moving into central Indiana. Severe weather is not expected but pockets of heavy downpours are possible. These are arriving ahead of a cold front to our west. That front is not only bringing relief to our lawns but cooler temperatures too! 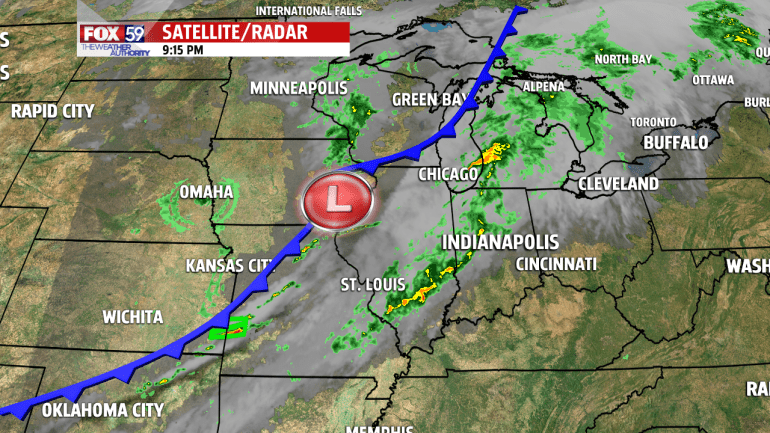 First, let’s focus on the rain. Off and on showers will move through overnight into Monday morning. There will be pockets of locally heavy rainfall. However, most rainfall totals across the state will be less than a quarter of an inch. While that may not seem like a lot, we’ll take what we can get! 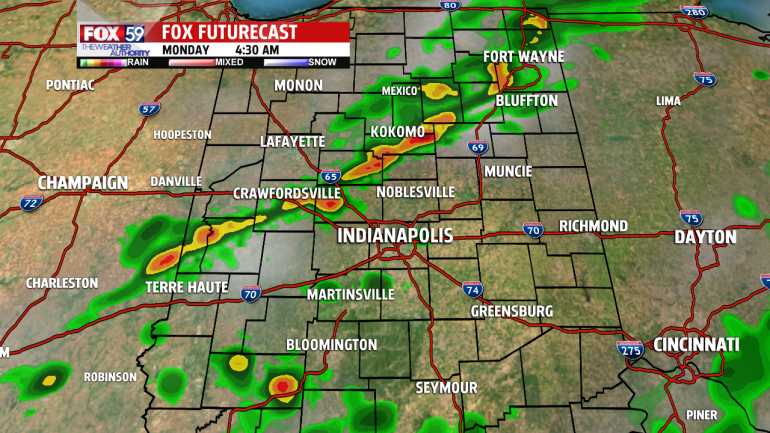 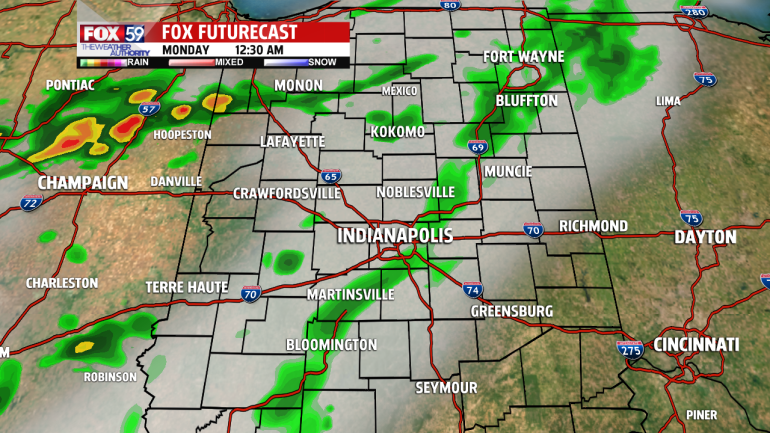 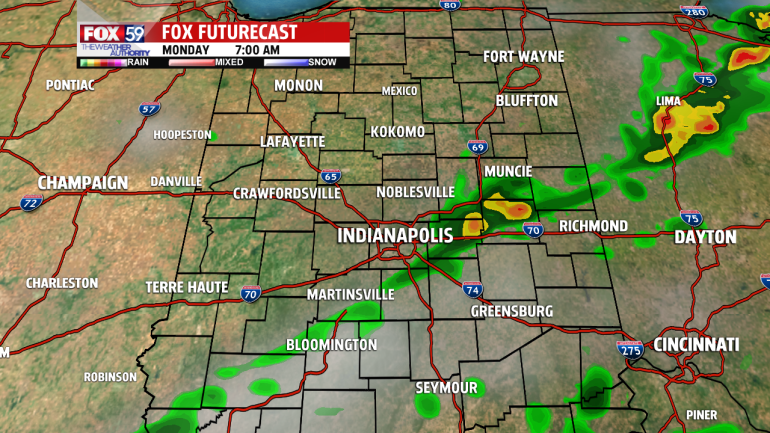 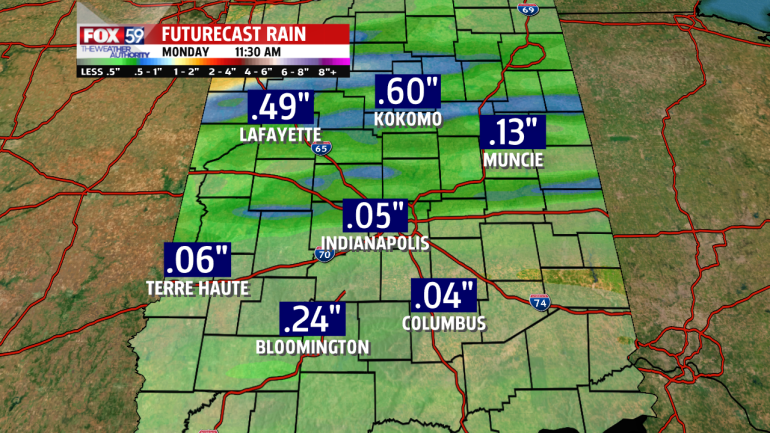 September is running well below the average rainfall we should have had by this time in the month. Indianapolis is currently ranked as the third driest September, to-date. 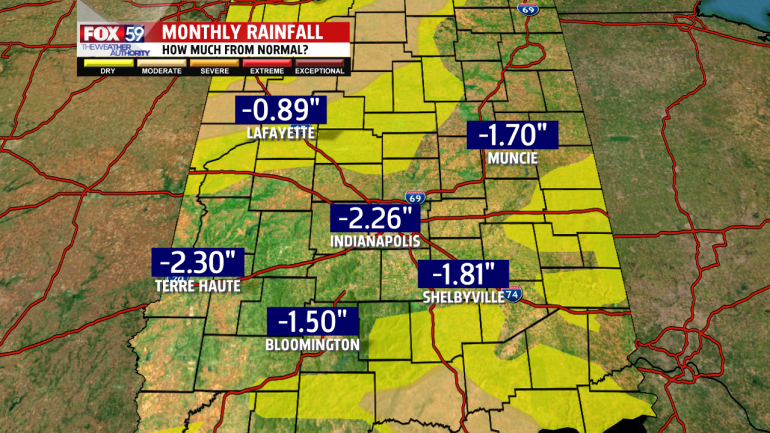 Fall-like air moves in just in time for the first official day of the season. Autumn begins at 3:50 A.M EST Monday morning. Rain diminishes into the afternoon and clouds will break for sunshine. Temperatures will be much cooler, peaking in the mid to upper 70’s. 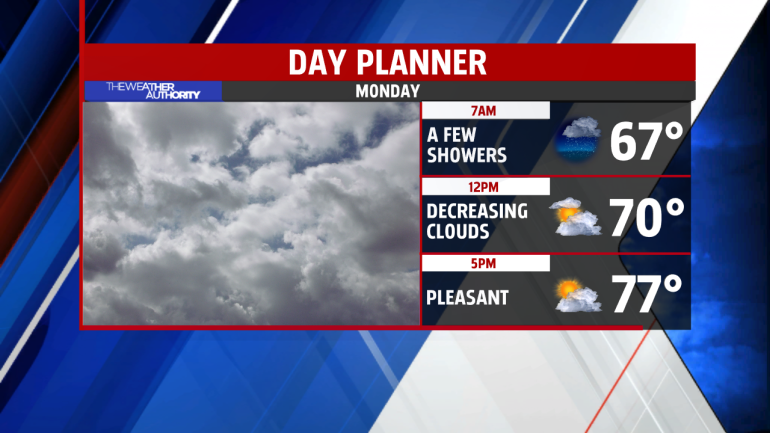 While we will get several days of cooler temperatures, the summer-like air isn’t ready to go away just yet. A big warm-up is likely again as we head into the first week of October. 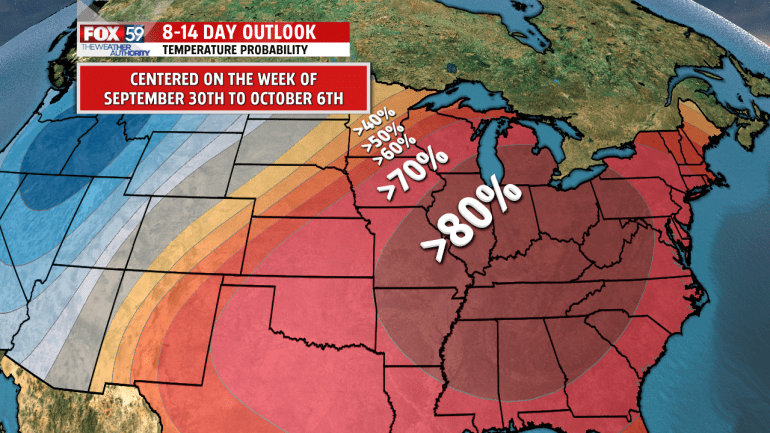 We start seeing that warm-up as early as next weekend with high temperatures nearing 90°, once again. 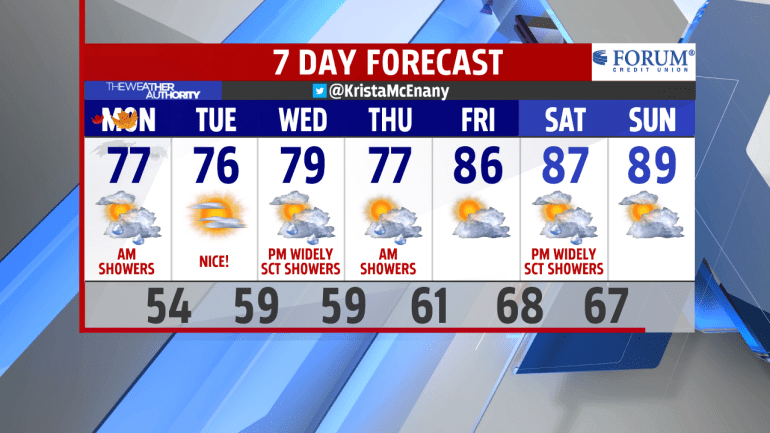