TEMPERATURES ON THE RISE

A brand new storm system is moving about the Midwest late Tuesday but this storm is taking a northern track. The move north places central Indiana in the storm’s warm sector and the temperatures are surging late Tuesday. Some locations are nearly 30-degrees warmer than the same time Monday. 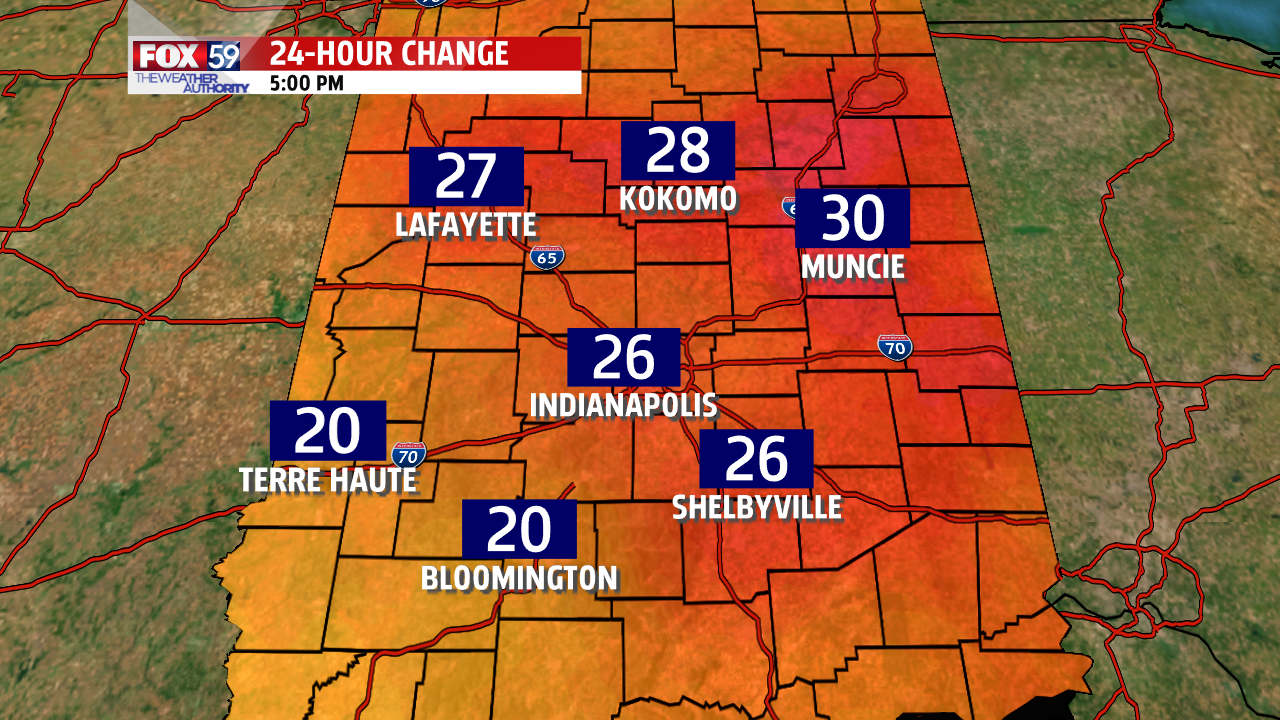 Strong south winds will persist through the night and temperatures will continue to rise as rain spreads into the state before 12 a.m. Further north – the overrunning warm air and precipitation has produced icy conditions in far northern Indiana and northeast Illinois. A Winter Weather Advisory is in effect through 10 p.m. with potential slick conditions before temperatures rise there later tonight. 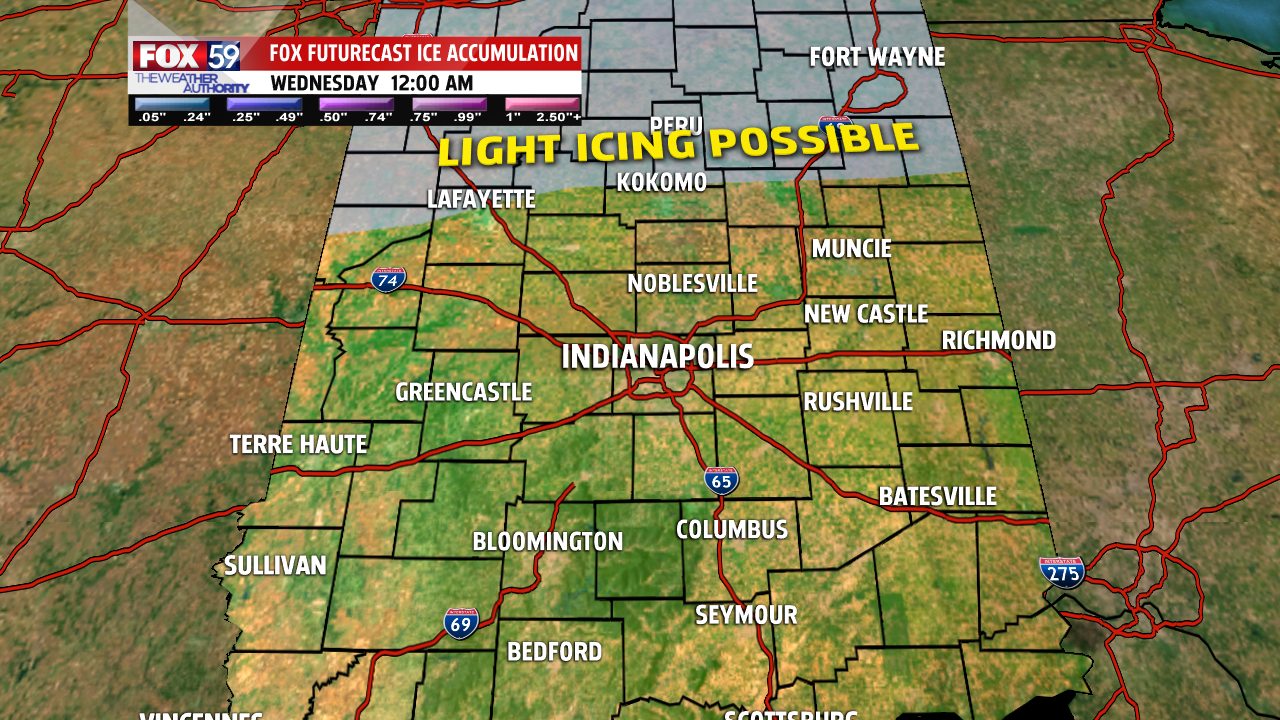 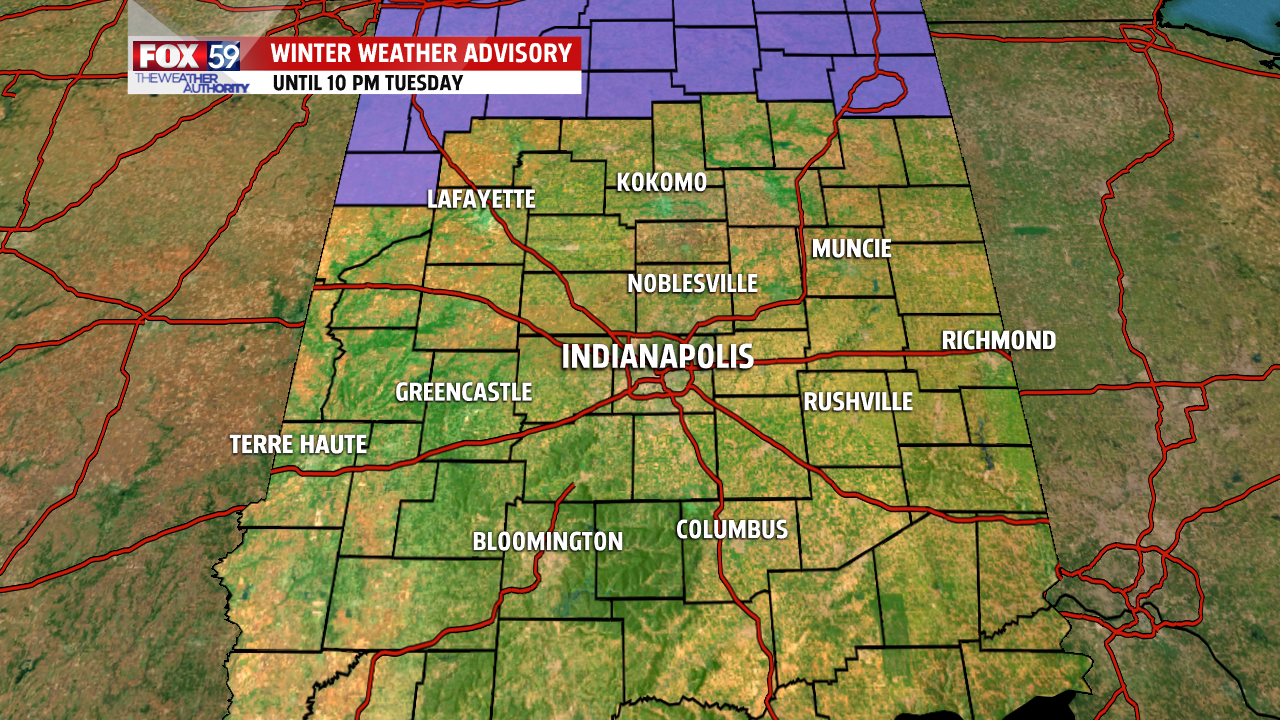 Several states are once again under some form of winter advisory late Tuesday and Wednesday as significant amounts of snow and ice target northern Illinois and eastern Iowa in the colder sector of the storm. The colder air will return here Wednesday afternoon. 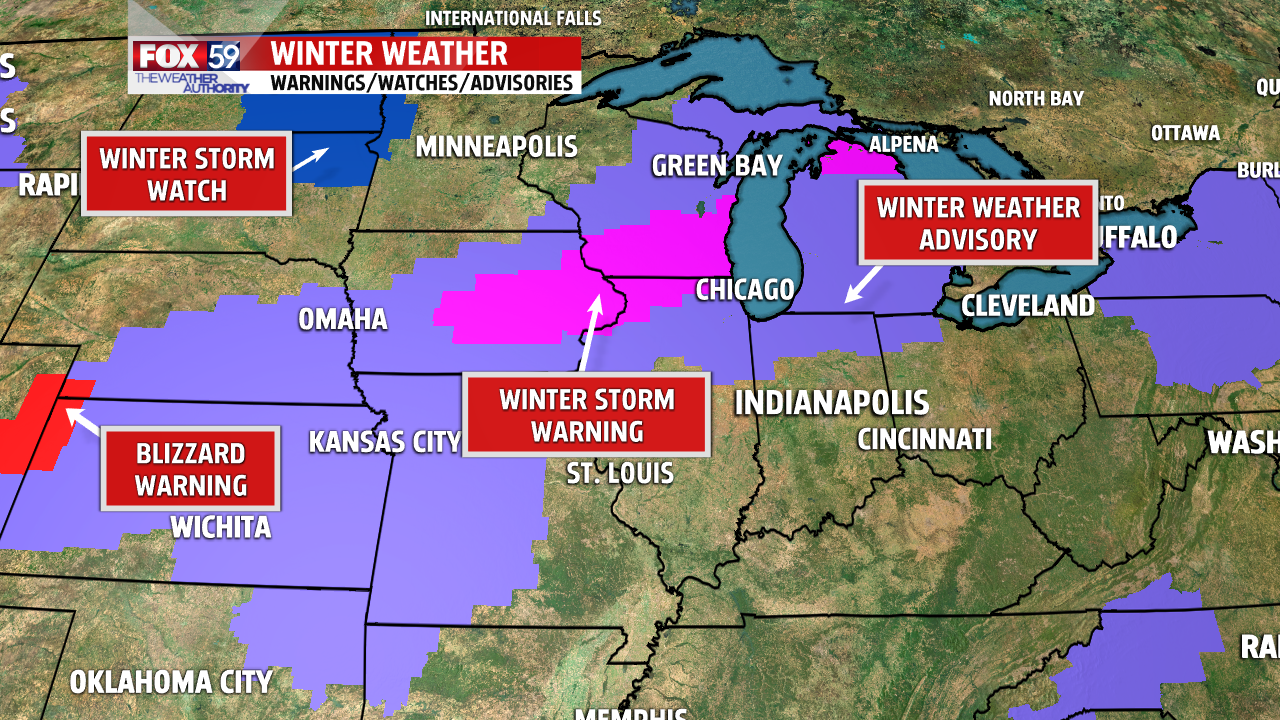 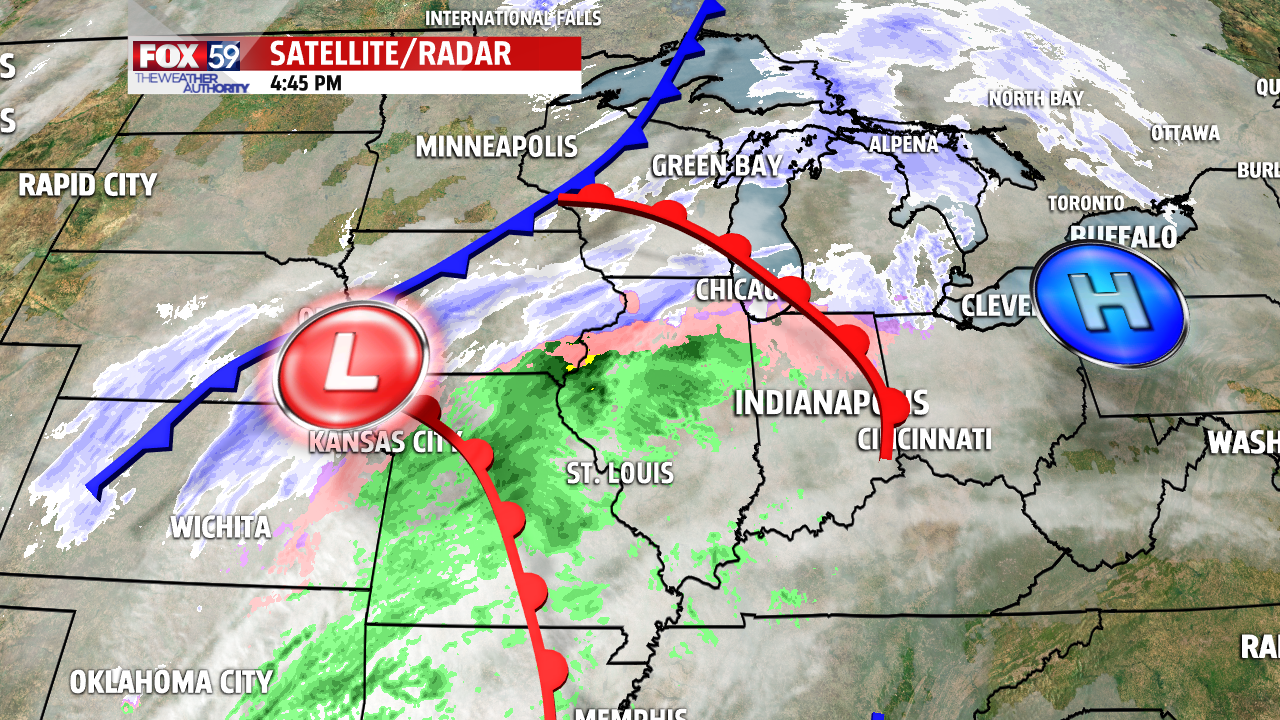 Rain spreads into the state before 12 a.m. and becomes steady for the Wednesday morning commute. Downpours and gusty winds will create a rather sloppy/wet go of it for the Wednesday morning commute. The rain will reach its peak coverage of nearly 100 percent area-wide before sunrise then diminish from west to east by midday. A wind shifting cold front will bring an end to the rain and the warm up. 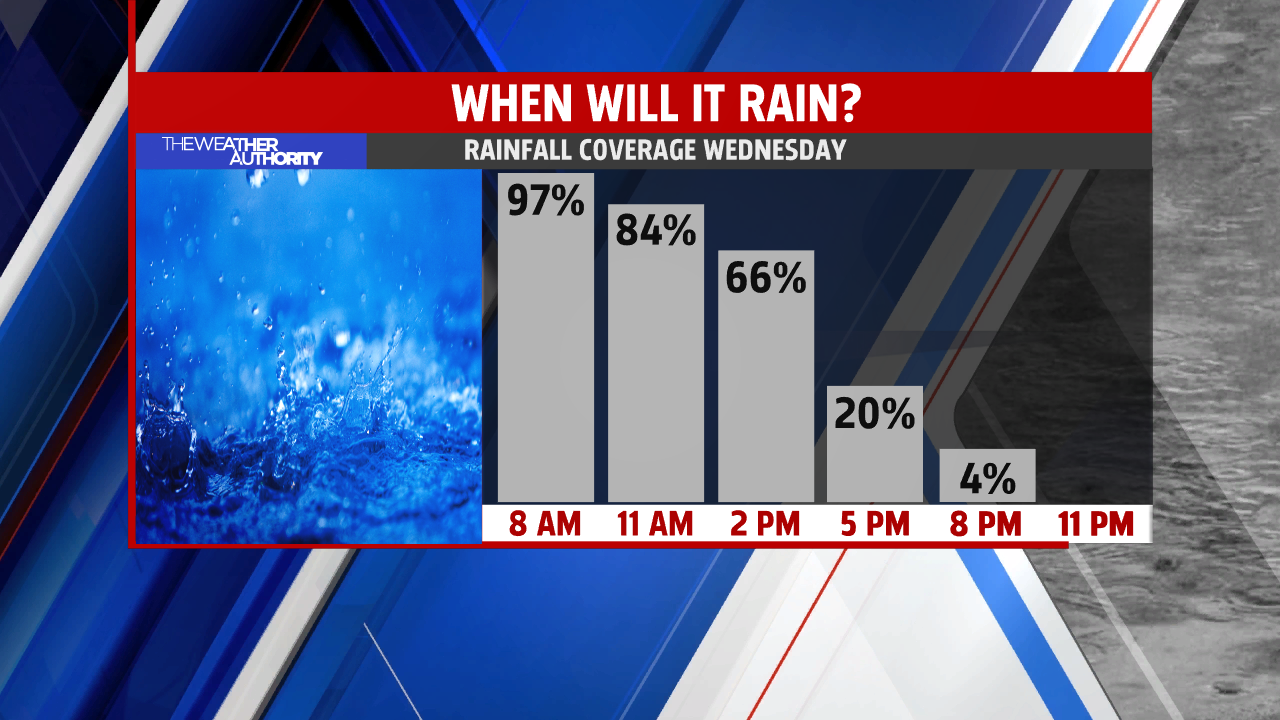 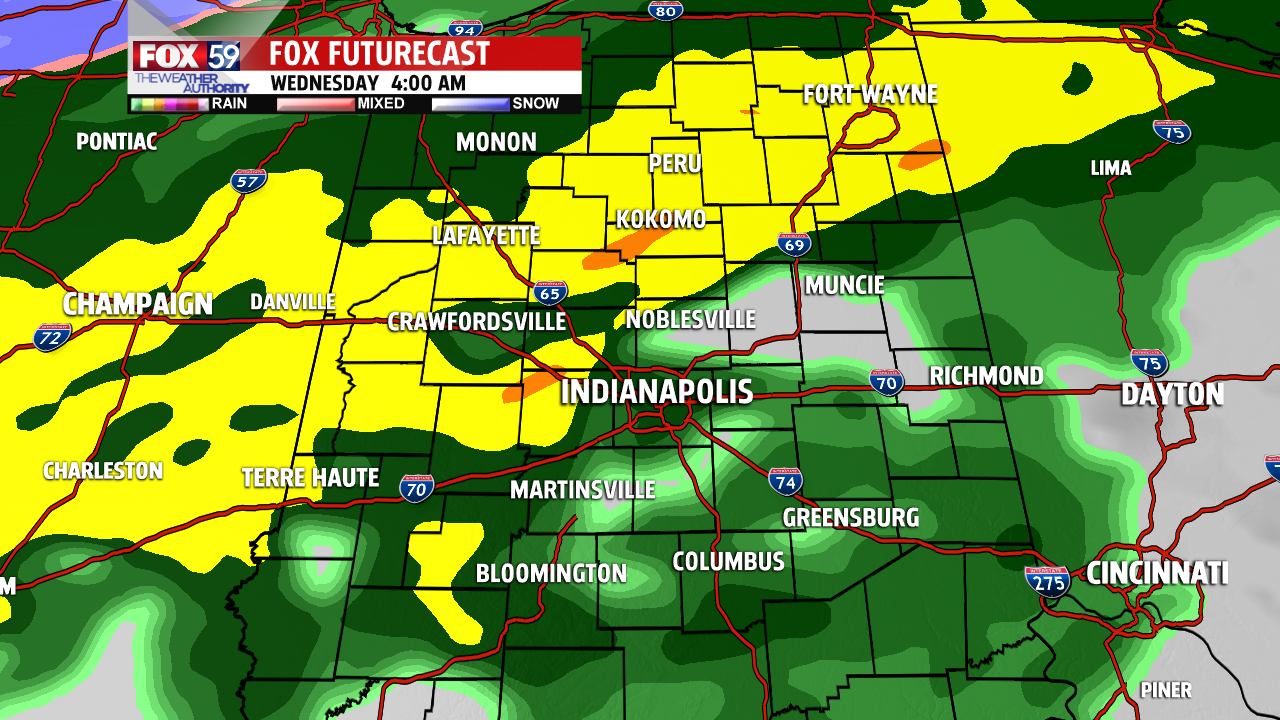 The break from the chill is a brief one as colder air will surge south into the state after the storm passes. Temperatures will fall quickly later Wednesday as northwest winds develop. Scattered snow showers are possible late Wednesday evening and Wednesday night.

Chunks of arctic air will be rather frequent over the coming weeks and we’ve identified at least two more blasts of arctic air over the next seven days. Longer range projections lead to a high probability of below normal temperatures in the eastern U.S. to end the month and to start February. The mild winter we were having has come to screeching halt. 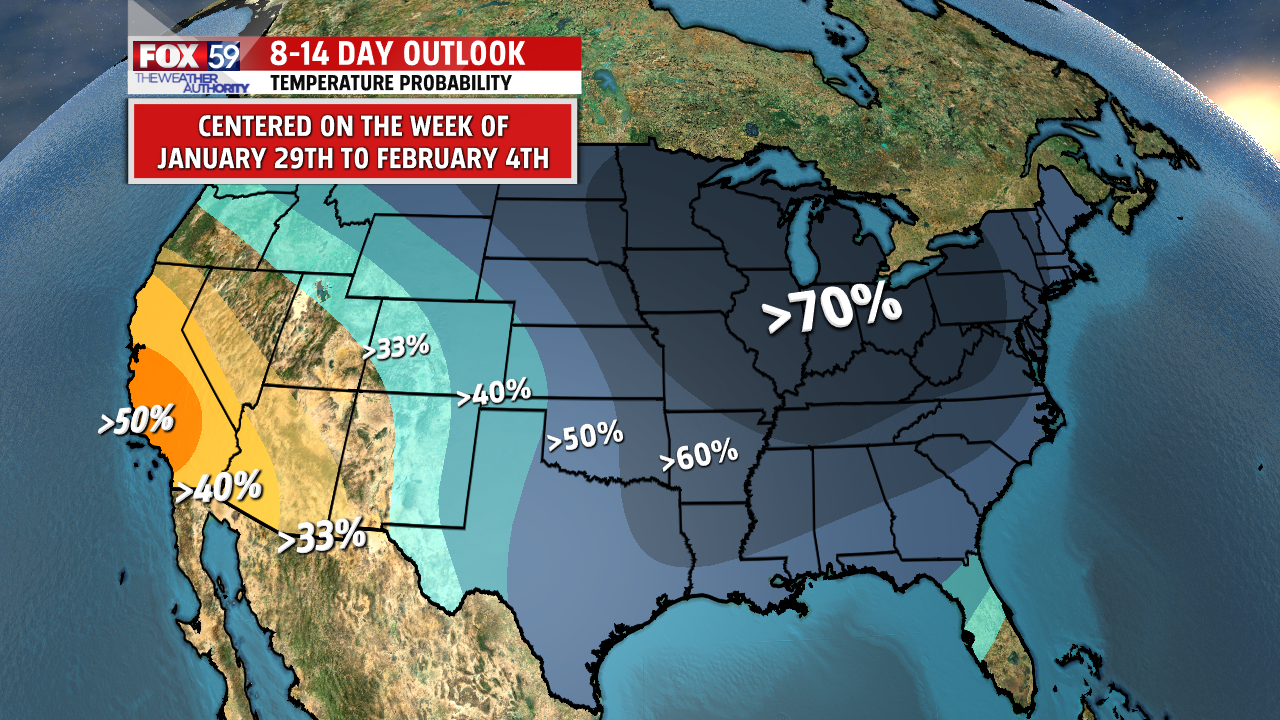 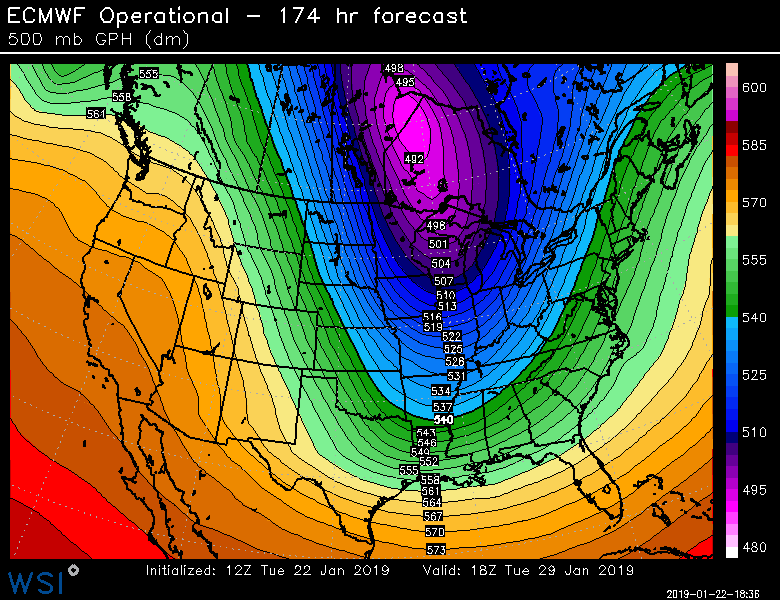 INDIANAPOLIS, Ind. -- A murder suspect allegedly killed his girlfriend while on pre-trial GPS monitoring for a December 2020 stabbing of a different victim, a gas station customer.

Marcus Garvin is now charged with murder in the death of 30-year-old Christie Holt in late July.

INDIANAPOLIS — Tuesday night thousands of towns and cities across the country celebrated National Night Out, a time for police and first responders to interact with the community they serve.

Officials in Indianapolis say the annual tradition is more important this year, especially in Indy - as homicides reach record highs.

The Centers for Disease Control and Prevention issued a new order temporarily halting evictions in certain areas of the country Tuesday.

The new moratorium lasts until October 3 and focuses on areas with heightened levels of community transmission of COVID-19. Not everyone is protected by the latest order, however. Here is what you need to know about the eviction moratorium:

Officer dead, suspect killed after burst of violence outside Pentagon

Truck flips from I-65, crashes onto residential street below; 2 teens ejected, child injured

COVID-19 spreading fastest among children; here’s what parents should know