The afternoon temperature failed to reach 34-degrees in Indianapolis Wednesday making this the coldest afternoon since before Christmas.   It has been over three weeks (December 18th) since the afternoon "high" was this cool.  January 2020 is among the warmest on record to date averaging nearly 11-degrees per day above normal. 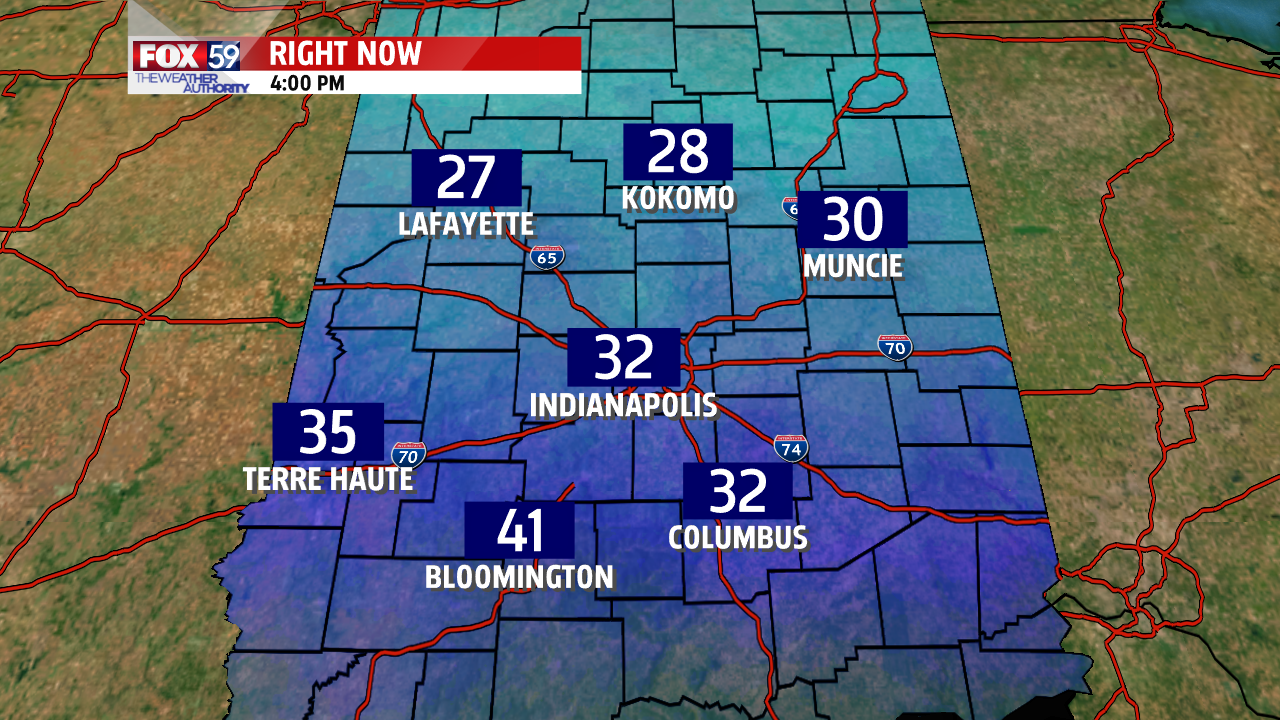 The transition to warmer temperature happens quickly as a series of warm front lift north and pass the state.  Temperatures elevate quickly as winds strengthen and begin gusting to nearly 40 mph starting Thursday afternoon.  Temperatures will rise quickly into the lower 50s Thursday with increasing clouds.

The winds will remain gusty through Saturday as a powerful spring-like storm nears.  As the storm strengthens so will the winds, possibly gusting over 50 mph late Friday night or early Saturday. 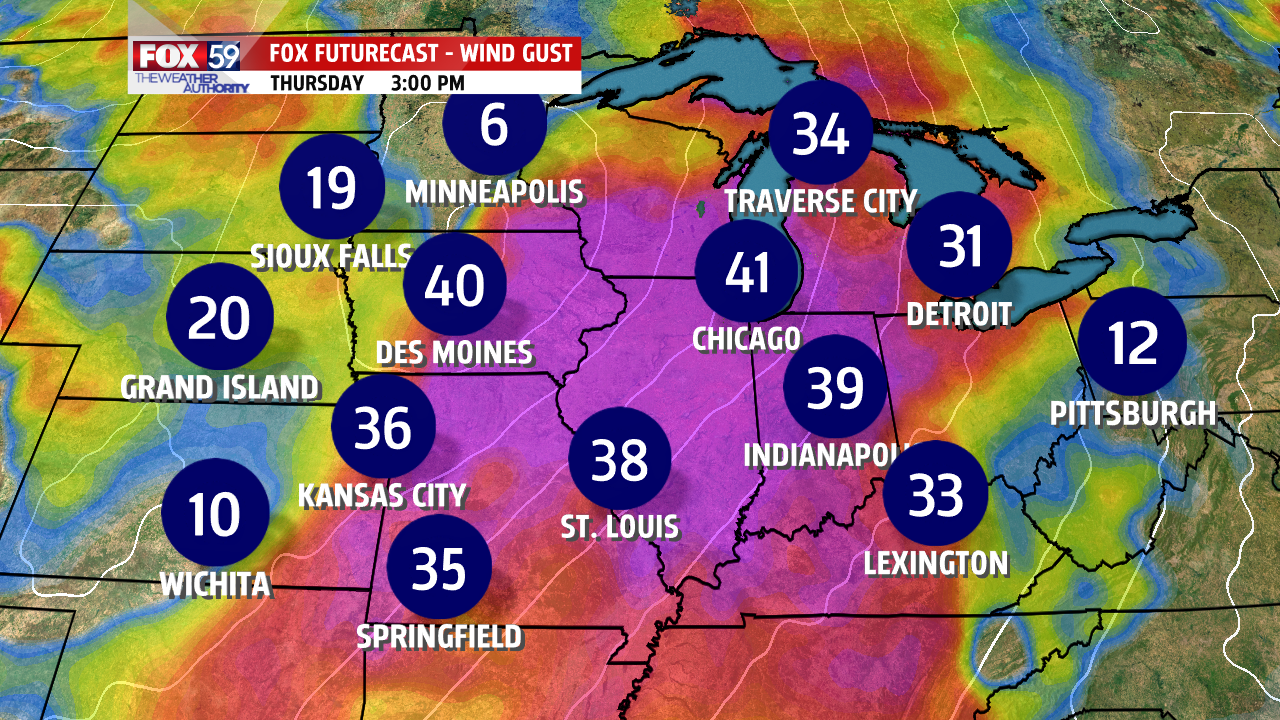 The temperatures are to keep rising possibly well into the lower 60s by early Saturday morning.  Saturday's forecast high of 63-degrees is not a record but nearly 30-degrees above normal!

With the warm up comes the rain and it begins as early as Thursday night.  Showers will be scattered and light initially spreading across central Indiana overnight Thursday in Friday morning.  Rainfall will be likely through Saturday as winds at all levels set up to transport rich, Gulf of Mexico moisture north.  The combination of a strong jet stream, low pressure strengthening and an approaching front, set the stage for drenching downpours and possible heavy rainfall totals of 2" to 3" before ending and easing late Saturday.  The National Weather Service issued a Flood Watch for most of central Indiana that does not go into effect until Friday.  There is a strong likelihood that area creeks and stream will fill and spill out of there bans as the rainfall is wide-spread.  Much can change before the onset of this system, we will monitor trends if there is an uptick or increase in potential rainfall. 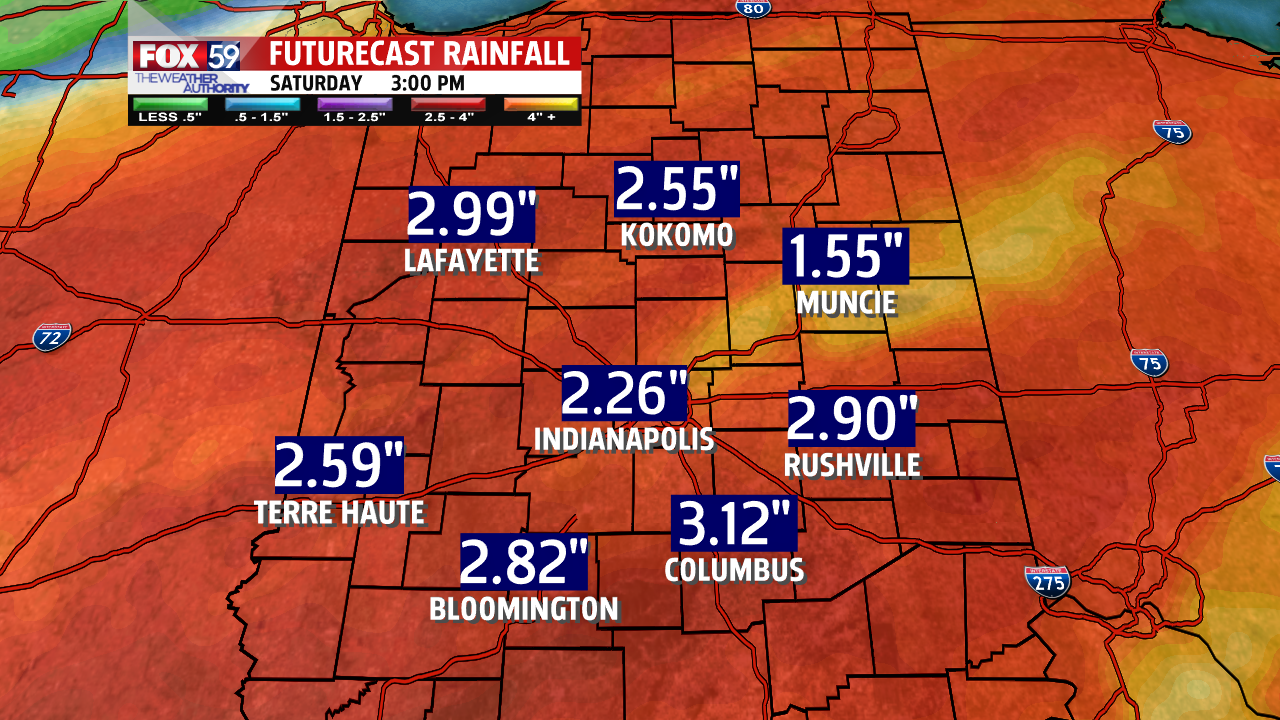 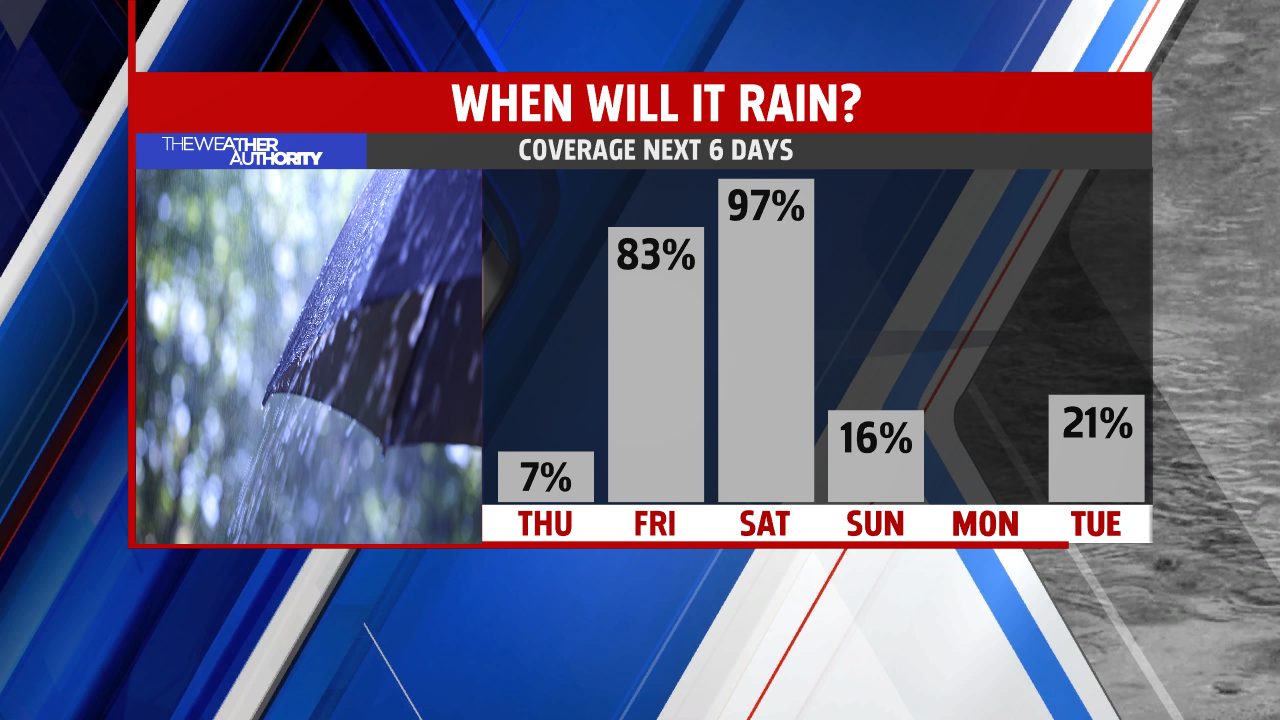 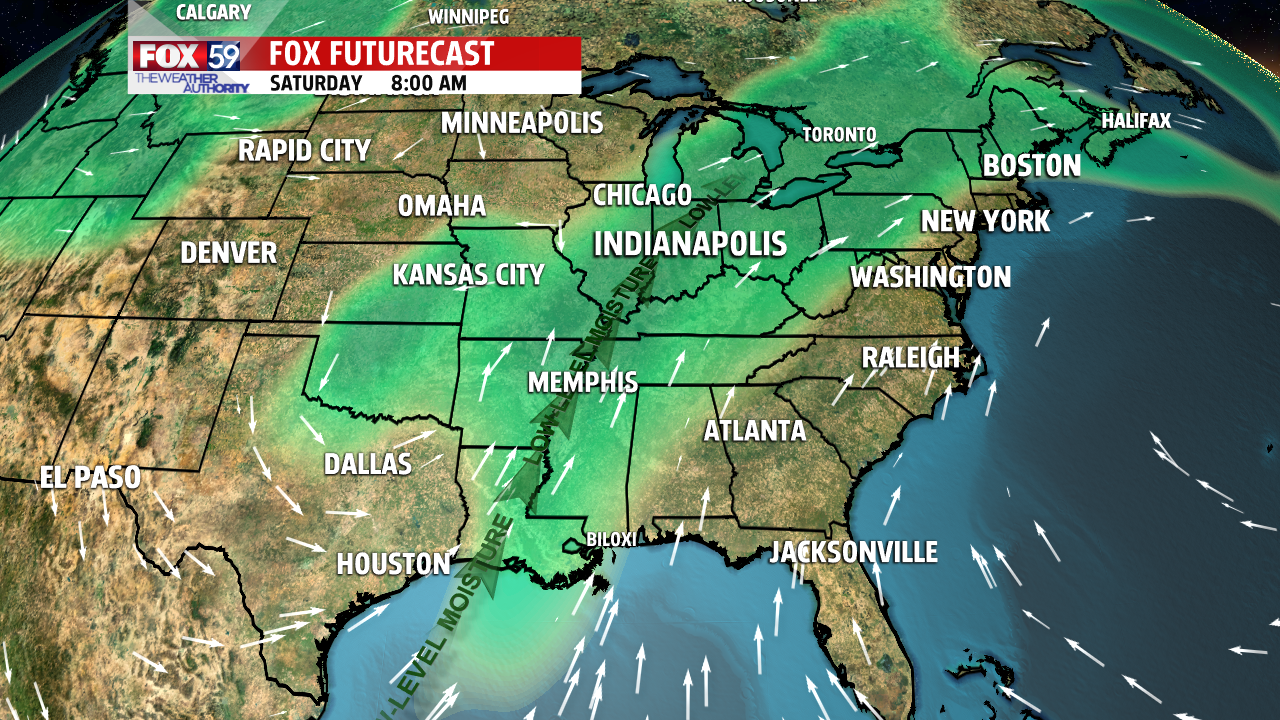 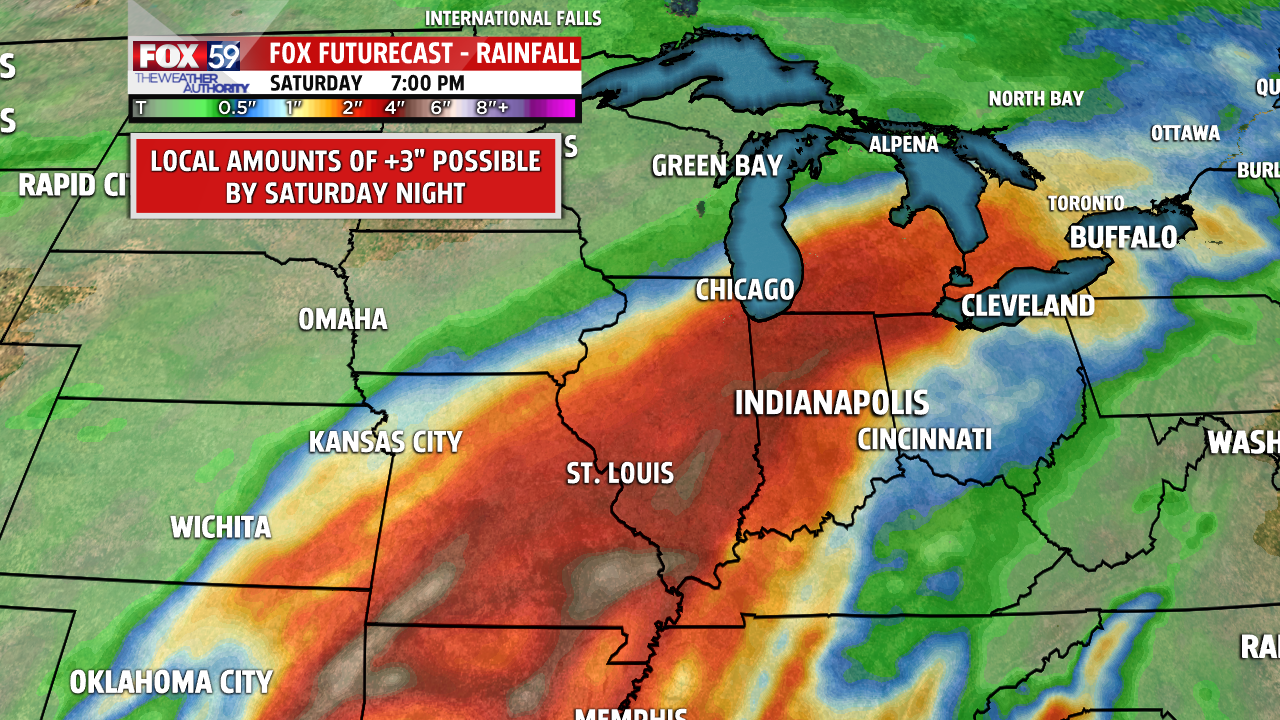 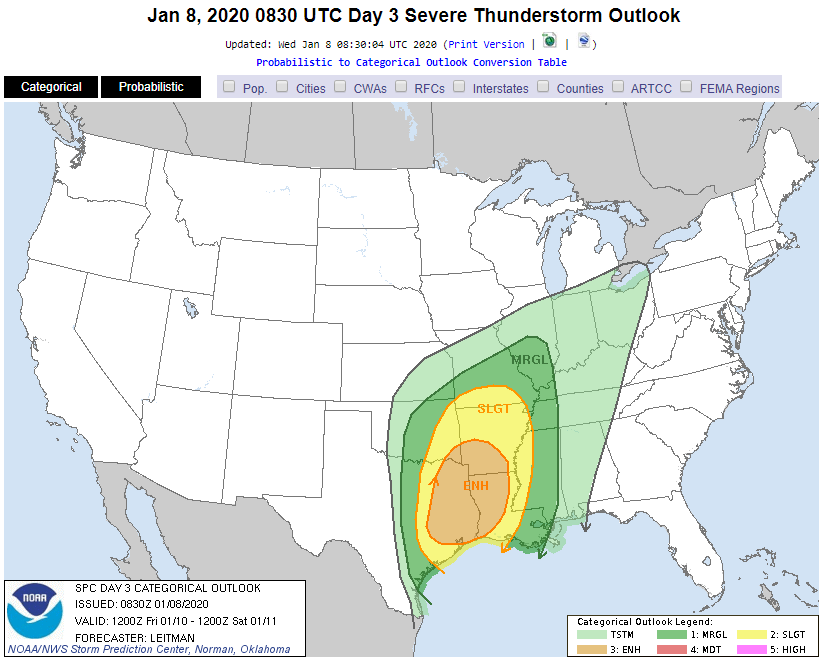