Friday marked the first time in 33 days that our seasonal snowfall went below normal.  The nearly 3" of snow in mid-November had us positioned to be one the the snowiest starts to a season in years.  December has been lacking.  Nearly two weeks in to the month and we have yet to have a measurable snowfall.  This is first time and least amount of snow through the first thirteen days of December in five years (2014). 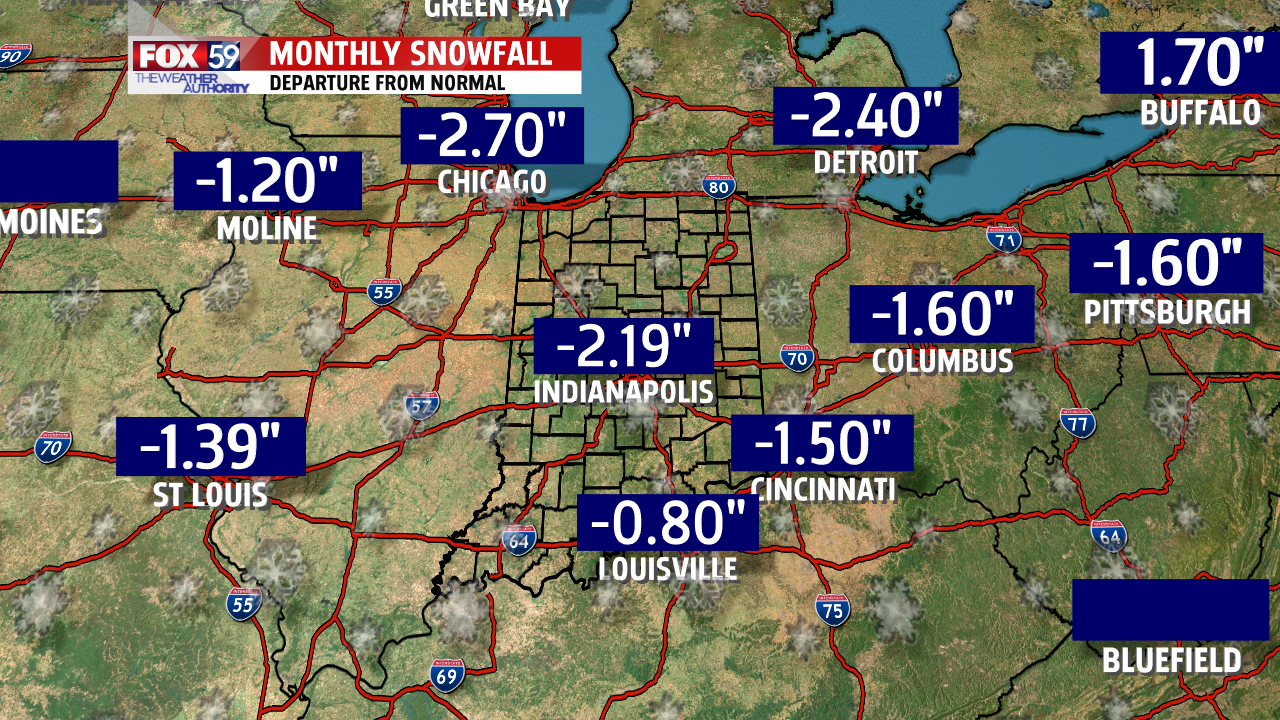 While quiet entering the weekend, cooler air will return behind a passing cold front.  Winds will shift northwest after midnight and temperatures will settle near freezing Saturday morning.

Lingering showers in south and southeast Indiana will be outbound later tonight.  A few sprinkles and even flurries could emerge into early Saturday morning.   Many dry hours Saturday are expected but a passing snow shower or two could show up during the afternoon and evening hours with clearing to follow overnight.

The active southern branch of the jet stream that we felt could become much more impactful by mid-December in our forecast weeks ago, is coming to life.  A southern track, low pressure will send clouds and eventually snow into the state late Sunday into Sunday night.  While there is much still to be resolved at this distance, the like-hood of an accumulation snowfall is growing.

Advisories are lacking entering Friday night but the should change and an advisory may be required here over the next 24 hours. 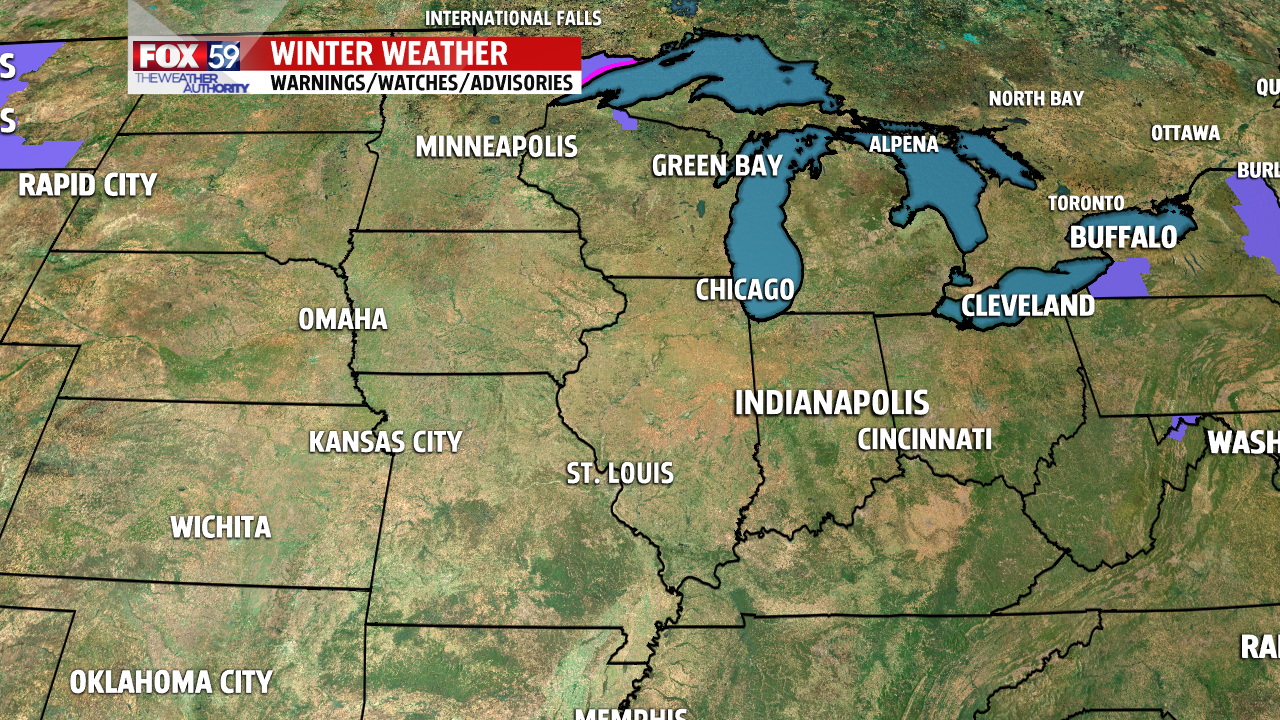 Snow will increase in coverage and intensity late Sunday, reaching nearly 50% coverage before midnight.  Right now, a couple inches of snow could fall before becoming a wintry mix and easing Monday morning.   Still to be determined, is the low pressure track and available cold.   Other details include, is this coming all at once or in pieces?  ( We are leaning toward the latter solution with renewed snowfall Monday night into Tuesday.)  All factors that still at this distance are unclear.  However the continued, continuity in model forecasts suggest that the picture will be clearer with each updated computer run.   Be sure to check back frequently Saturday and Sunday. 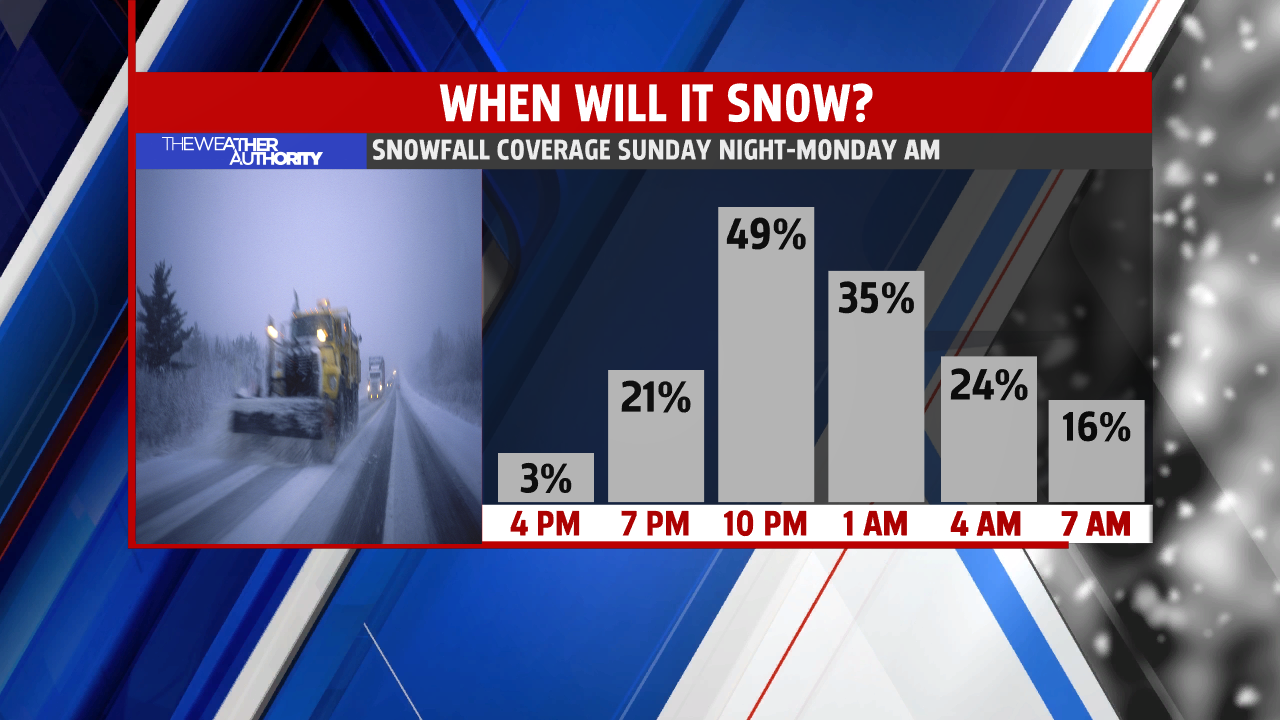 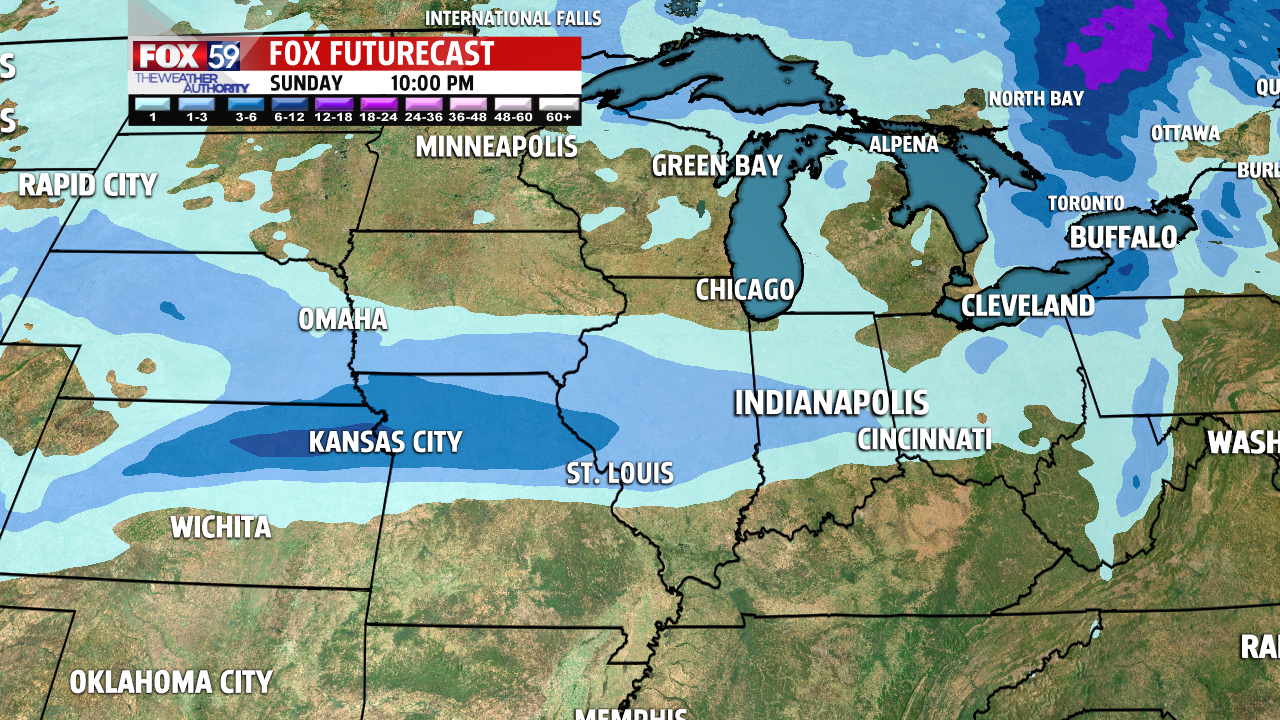 Rain and snow chances on the rise

After a spectacular weekend, central Indiana is gearing up for another stretch of active weather. The abundant sunshine these past few days will be replaced with gray skies, rain and even snow chances this week. We stay dry and mild through Sunday evening. It's not until early Monday morning when we introduce rain back into the forecast. This will impact some for the morning commute, however, this will be mainly for counties south of I-70.

Scattered showers will spread north into the late morning hours on Monday before widespread rain takes hold of the state by the afternoon and evening. It won't be quite as warm tomorrow as highs only peak in the mid 40s.

Quiet finish to the weekend before unsettled pattern returns

Soaking up the sunshine! Sunny days like this are rare in February. Strong high pressure has taken hold across the region, giving way to these sunny, quiet days. Friday was our sunniest day of the year, so far, and Saturday may tie it. However, on average, February is our fourth cloudiest month of the year. Stringing a few sunny days like this together is a nice treat.

We stay clear through the evening. Although temperatures are up from where they were Friday afternoon, we still have a chill in the air. Keep the jacket or sweater with you if you're going to be outdoors. Wind chill temperatures have been keeping us feeling like we've down in the 30s this afternoon. As the sun goes down, that wind chill temperature will fall into the 20s through the late evening Saturday and early morning hours on Sunday.