While most of the snow has remained in our far northern counties, so far, we’re not in the clear. Very dangerous travel conditions are still developing and getting bad for many out there. Numerous accidents have been reported and those numbers will just keep climbing this afternoon. The track of this storm has created a temperature divide across the state and has been giving us a wide range of precipitation, from snow, rain and plenty of ice. It’s that ice that’s been the real story today, so far. The snow… will come later. Several reports of ice accumulations at .25″ have come in, mainly in our northeastern counties. However, that band of ice is dropping south and more of us are starting to feel the hazards of this winter storm. 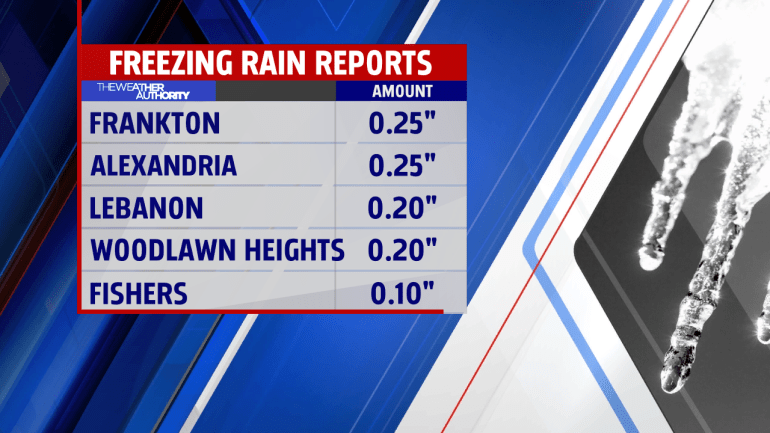 Our temperatures will drop this afternoon and more of us will be dealing with the headaches this storm has in store. As the low pressure system to our south continues to progress north and east, moisture will wrap around the back side of it, into a colder pocket of air, then we’ll all transition over to snow. However, as we were first given an onslaught of ice with this system, this will impact our snowfall totals. 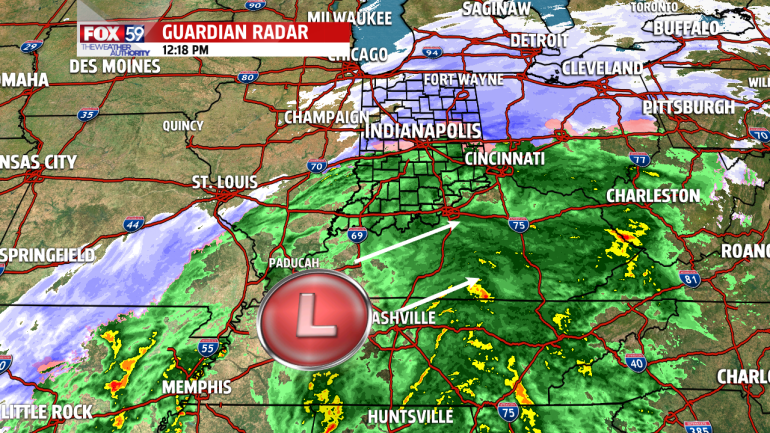 As this snow band drops south and east through the afternoon and evening, heavy snowfall rates will be possible at times and we can pick up several inches, very quickly. Remember, many of will see ice right before this happens, and we will likely have a glaze built up under the snowfall that develops. Traveling will still be a major concern this afternoon and evening. 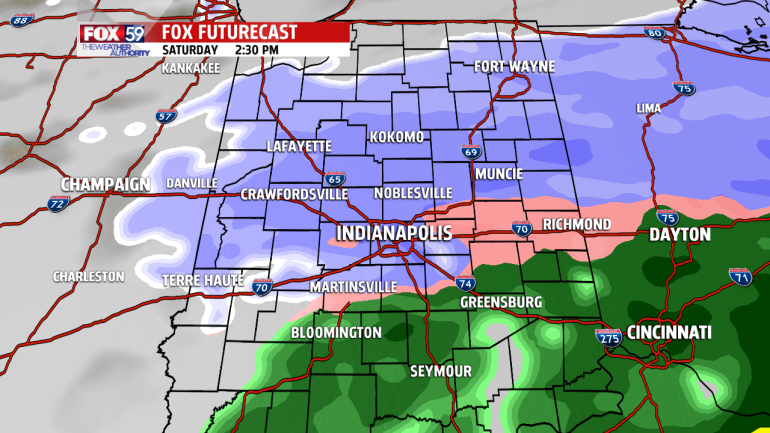 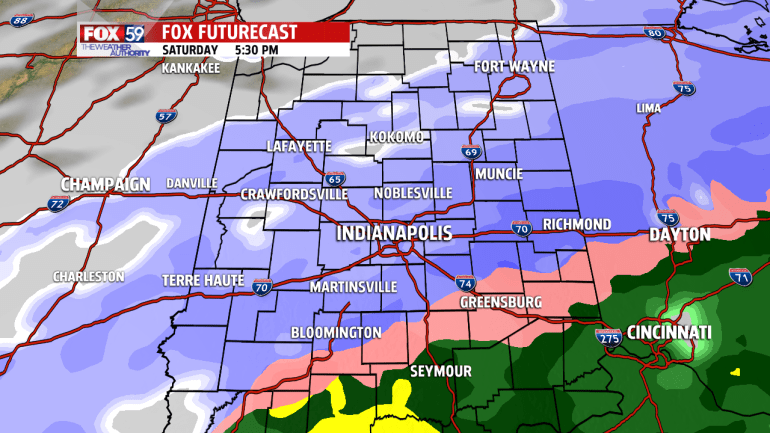 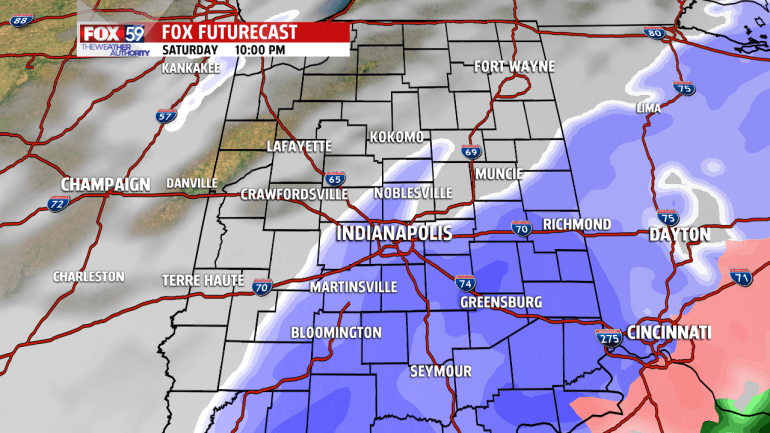 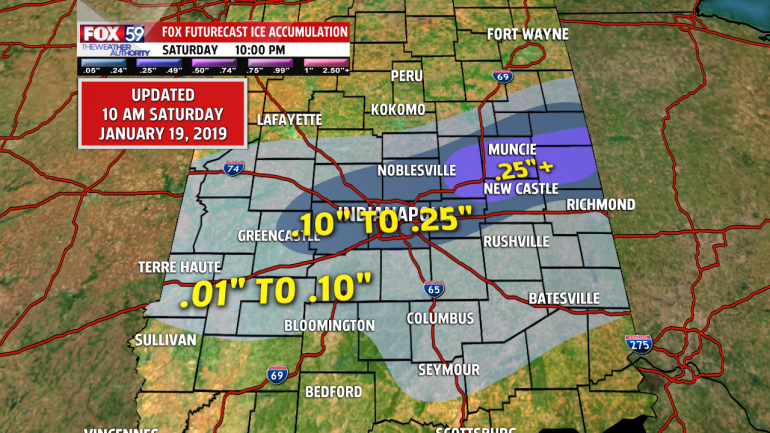 After this system moves out, frigid arctic air blasts in to finish the weekend. By early Monday morning, we’ll likely be seeing subzero temperatures. 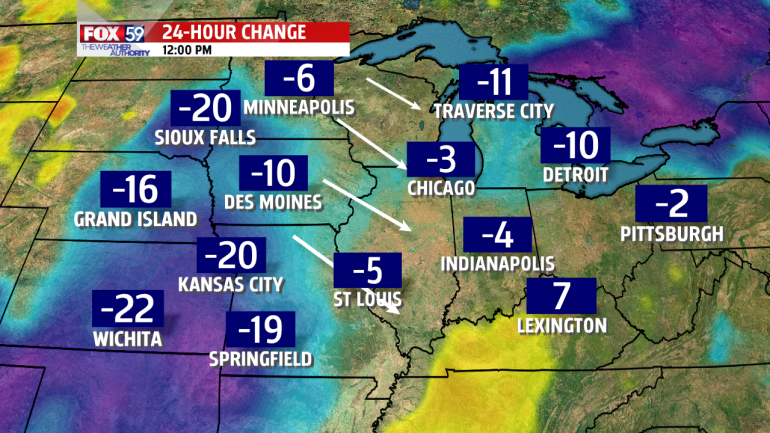 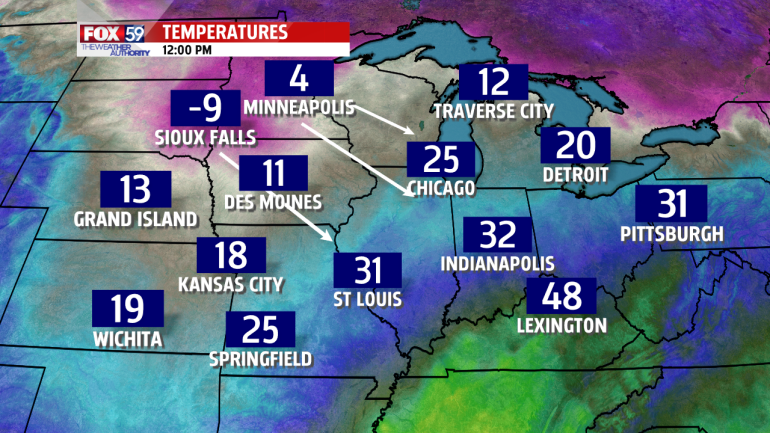 A pullback in warmth, but dry stretch rolls on

The passage of a cold front overnight is bringing a change-up in our temperatures for today, as the wind direction has switched back to the north.

We are replacing one stable air mass with another stable air mass but from a different region. This second air mass is cooler but more sunshine is anticipated, along with additional dry conditions!

SOAKING UP THE SUN

For the second time and second straight day, we officially had NO CLOUDS overhead. This is the second completely clear day of 2021 and the sunniest weather here since mid-November.

Pick of the week; dry stretch extends through weekend

More clear sky and cold air will greet you out the door this morning as temperatures hover in the upper 20s. Brilliant sunshine will rule the day, while winds return from the southwest.

This change in the wind direction will help boost our readings this afternoon, marking the warmest of the week as highs reach the upper 50s. Enjoy!

7 free agents for who make sense for Colts in 2021