Accumulating snow began again Monday afternoon but not area-wide and under a more complex atmospheric set up compared to Sunday night. A large area of 4" snow fell for miles Sunday from Kansas City, Missouri, well beyond Indianapolis and into Columbus, Ohio. 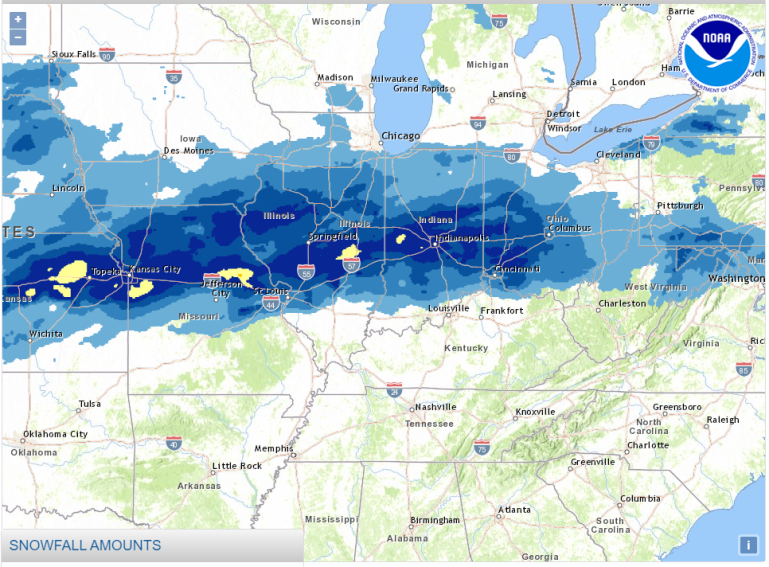 A rain-to-snow line was clearly evident late Tuesday through south-central Indiana. The new snow will not be evenly distributed, and there will be a wide range of weather conditions. 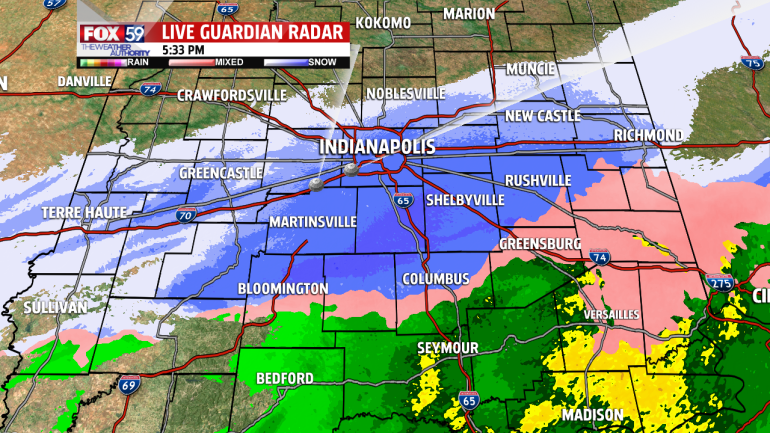 A Winter Storm Warning is in effect, and a Winter Weather Advisory is also in effect through 7 a.m. Tuesday.

The new wave of snow through 7 p.m. Monday produced 2.2" of snow in Indianapolis. After the record setting 4.3" Sunday (a record for the date), the total has reached 6.5".  This is the first time in six years that a December has produced more than 5". The last time was 2013.

There will be a more complicated snowfall forecast tonight as the upper level energy and rain/snow line all impact totals. Many locations within the Winter Weather Advisory will receive only lighter totals. At this time, the thinking is as much as 4" to 6" of new snow is possible along and south of the I-70 line.

There will be a new lull from 8 p.m. to 11 pm, with snow scattering and easing before the upper-level air support moves in overhead. A new period of moderate snow will fall before tapering from northwest to southeast around sunrise.

The current thinking is that even areas that have not received snow will get a coating before the storm departs. The transition to all snow area-wide will be later, as snowfall coverage increases again to nearly 90% of the area around midnight.

Hazardous travel is expected tonight and early Tuesday morning, and several counties are under some form of travel advisory. 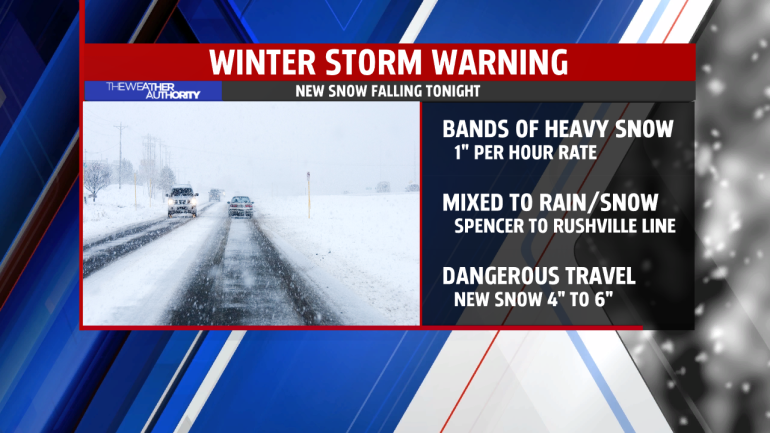 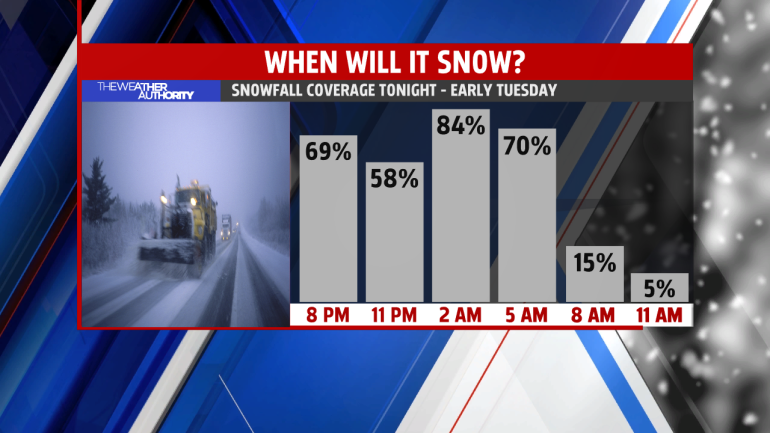 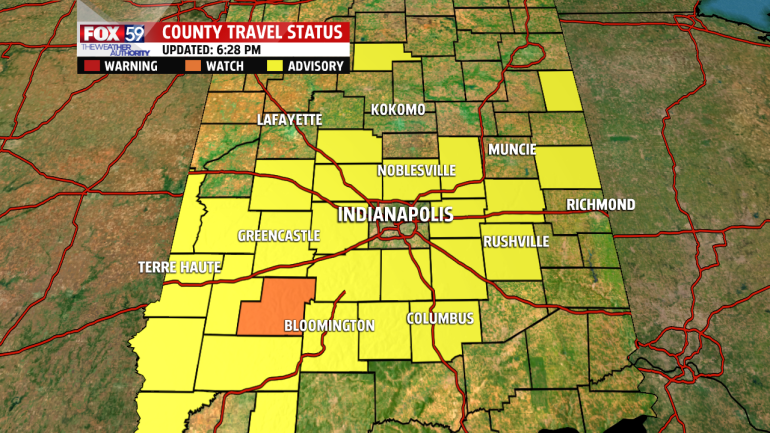 The snowfall totals will be highest along and south of the I-70 corridor where the most intense and frequent bands occur. Off a suite of computers that generate snowfall forecasts, the average for new snow specifically for Indianapolis is 4.6" with a range of 2.0" to 6.5".  The amounts will fall off sharply north, while rain cuts down on amounts south. 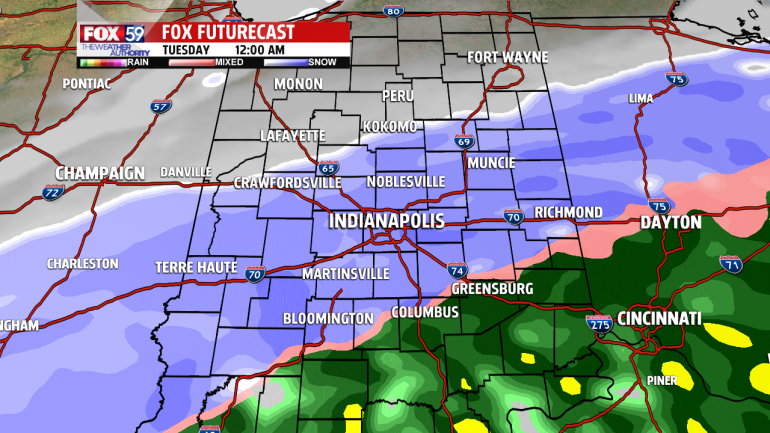 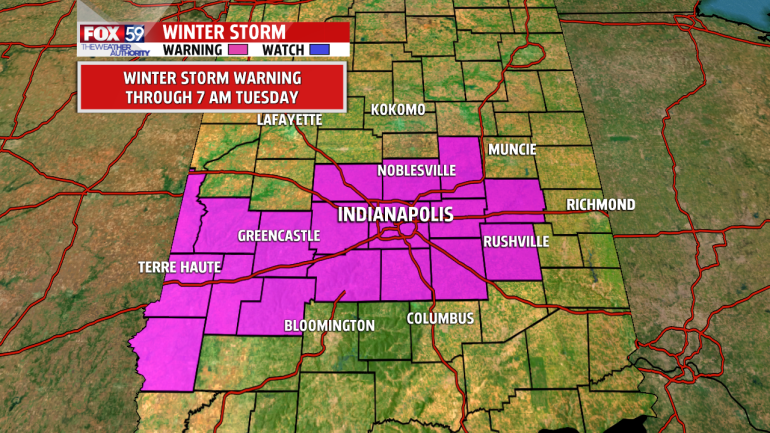 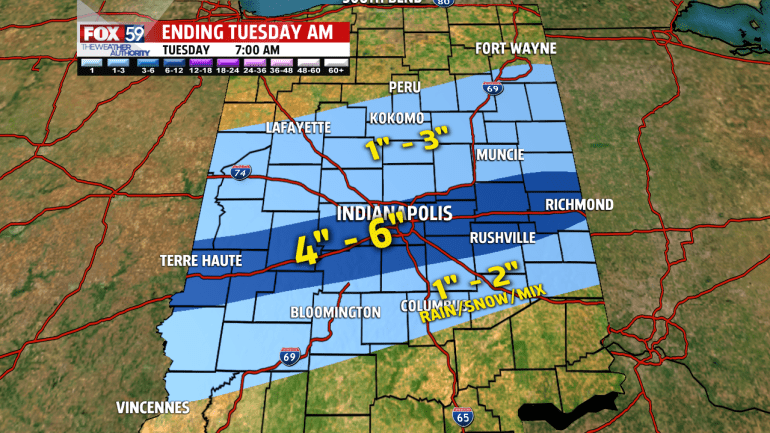